Guess who got a makeover??
Soul Walker and Soul Bender have brand new covers,
and we are celebrating!

Earlier this year, I reviewed the first two books in Robyn Jones' A Touched Girl Series. If y'all missed the reviews, you can read them here. I adore Miss Anna Pierce and I'm so very excited to reveal the new covers for Robyn's books. I'm loving the new looks - especially because the symbols from the originals were incorporated into the new covers. :) What do y'all think?? 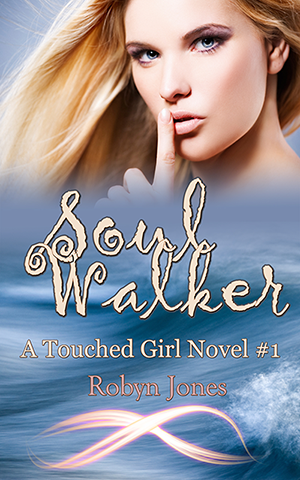 Goodreads Summary:
"I need to get you to the hospital." He was taking responsibility for me. Only my parents had that job. I stretched my hand out in protest, but the lack of depth perception had my trembling fingers grazing his overheated neck. I swore his whole body shook.

When five-year-old Anna Pierce is offered a chance to have nightmare-free nights for the small price of her voice, she jumps at it. Silence has to be better than all-consuming dreams about blood and death and fangy monsters. The bargain she strikes comes with a secondary benefit, visions of a person's future potential. The
combination of visions and silence changes her very nature and soon she's diagnosed with autism. Twelve years of living in her head comes to a screeching halt the moment Peter Davis pulls her out of an icy river.

Her new life has her twirling, tiptoeing, and crashing through unfamiliar territory, one filled with a cranky grandma, a knocked up cousin, an unpleasant cousin, a bunch of mostly good vampires, and the boy who rescued her.

To top it all off, the deal she made at five is no more. Anna is expected to talk, to figure out her resurfacing nightmares, and to control her ever-growing powers. And she'd better get it done soon because if the good vamps want a piece of a living, breathing Touched girl, the evil ones simply want. They'll take Anna for their very own.

Soul Walker is the first book in the Touched Girl Series. It's approximately 91,000 words. 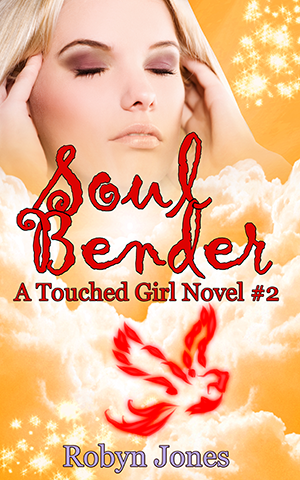 Goodreads Summary:
How much can a soul take before it breaks?

Anna Pierce has a vampire boyfriend, a driver's license, real friends for the first time since she was five, and now she faces one of her biggest challenges, senior year at a mostly all girls Catholic high school. Sure, she's a member of the talking crowd now, but she'll never be like everyone else. How can she when the first of her kind has camped out in her dreams?

Little dead girl Emily decides Anna's destiny can wait no longer. It's time for this generation's Touched girl to hunt. Trained in a virtual dream landscape to destroy all in her path, Anna must choose between her destiny, the one beat into her on a nightly basis, and her legacy, the one instilled in her by her parents.

Along the way, old enemies remain dutifully obsessed, new foes lurk in the shadows, and odd Little Duckie Anna Pierce sets out to be social.

I laugh when people fall down. It's a glitch in my programming, but even my mom has suffered this quirk. I have a BA in Studio Art from the University of Puget Sound.

My boys make me laugh every day. I steal pens; I try real hard not to. I collect those free bookmarks at the checkout counter at libraries. I've had more stitches than anyone I know. I love stories; writing them, reading them, watching them. You can email me at robgirlbooks@gmail.com.

Blog / Twitter / Goodreads
Posted by Bookworm Brandee at 12:30 AM