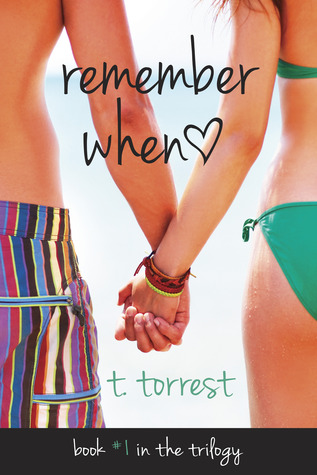 Synopsis
Years before Trip Wiley could be seen on movie screens all over the world, he could be seen sitting in the desk behind me in my high school English class.

This was back in 1990, and I cite the year only to avoid dumbfounding you when references to big hair or stretch pants are mentioned. Although, come to think of it, I am from New Jersey, which may serve as explanation enough. We were teenagers then, way back in a time before anyone could even dream he'd turn into the Hollywood commodity that he is today.

In case you live under a rock and don't know who Trip Wiley is, just know that these days, he's the actor found at the top of every casting director's wish list. He's incredibly talented and insanely gorgeous, the combination of which has made him very rich, very famous and very desirable.

And not just to casting directors, either.

I can't confirm any of the gossip from his early years out in Tinseltown, but based on what I knew of his life before he was famous, I can tell you that the idea of Girls-Throwing-Themselves-At-Trip is not a concept.

I should know. I was one of the.

And my life hasn't been the same since.


**Remember When is the first book in an NA romantic comedy trilogy, but there is NO CLIFFHANGER. It is intended for mature teen readers and immature adult ones due to some high school sex scenes, underage drinking, questionable language and 1980s flashbacks.**

I've had Remember When hanging around on my Kindle for quite awhile. (sound familiar?!? ;) But meeting T. Torrest at RT was the kick in the butt I needed to actually crack it open. And then I was kicking myself for not having read it sooner. So, lest I get behind in yet another series, I binged! That's right. I read the entire trilogy back-to-back and I loved every minute!

Before I talk about the actual book I want to say a few things about the series as a whole:


Remember When...ahh...high school. It was so fun watching Layla and Trip navigate their senior year - assignments, parties, friendships, cliques, and dating. I liked what Torrest had to say about cliques and popularity. And I floved how spot on was with conveying the angst and emotions that teens deal with at this age - trying to figure out what happens next.

FYI - Remember When is permafree! 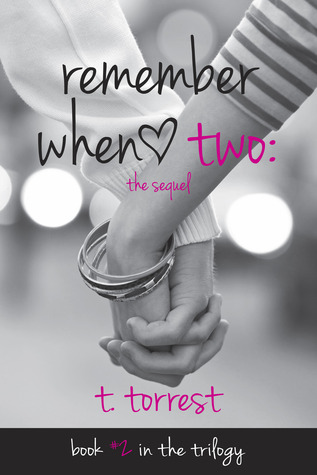 Synopsis
You know how sometimes, your high school crush grows up to be an insanely famous movie star? Okay, probably not. But I do. ~Layla Warren

Back in high school, Trip Wiley's fanbase only encompassed the denizens of the nothing little suburb of Norman, New Jersey.

Ten years later, all that is about to change.

In the summer of 2000, Layla Warren is enjoying her career as a journalist in New York City (well, sort of), while Trip spends most of his time grabbing Hollywood by the balls. In the days before what will turn out to be his skyrocketing fame, they'll find themselves confronted with some life-altering choices.

Remember When 2 is the second story in an NA romance trilogy. It will bring you back to that exuberant and riotous time of life in your twenties when you struggled to figure out your place in the world and the person you were meant to be...

...and the person you were meant to be with.

Remember When Two sees Layla and Trip having lost contact over the years. Layla is working as a copyeditor while Trip has broken into acting. They reunite for an interview and feel that same crackling chemistry they've always had. However, neither is single.

Again, this was a lot of fun with pop culture references to music and movies. It was also realistic - genuine feeling - watching these two navigate around the relationship they want and the one they can have. There's angst in there too - not gonna lie. And at times I just wanted to smack them both. But I never stopped pulling for these two!

Warning: ending is a cliffie. 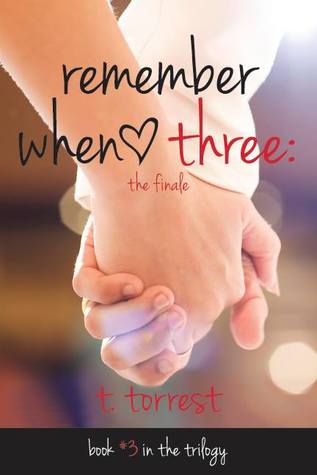 Synopsis
"I'd spent too long in limbo.
It was time to put The California Plan back into effect."
~Layla Warren

I've been in love with Trip Wiley since I was sixteen years old.
Yep. That Trip Wiley.
Academy award-winning actor, known philanthropist, People's Sexiest Man Alive two years running...
Yeah.
It's not like I'm some delusional stalker-fan. It just so happens that he was my high school sweetheart back in 1991.
In the years since, he's simply been The One That Got Away.
We just can't seem to get on the same page at the same time.
Our timing may have sucked, but the feelings had already been confirmed. Years ago.
At least his were.
He doesn't know that I had chosen to love him back.
I need to fix that.
And I need to do it now.

Remember When 3 is the third and final book in the Remember Trilogy. It's a story about taking chances and following your heart...and knowing that sometimes, you just have to learn when to let go.

A major life event brings Layla and Trip together again. And it seems maybe this time their timing is right. But there's still much to navigate around.

I have to admit that at first I was the slightest bit worried that things were too easy for them. Ha! I know! They've been through so much. But of course, it wasn't all smooth sailing and again, Torrest kept it all genuine feeling. I honestly can't imagine trying to date a celebrity of any kind - there's a boatload of conflict, baggage, and trouble. But Layla and Trip, man...they weren't going down - letting go of the chance they'd been given at a life together - without a fight.

Layla and Trip are going in the books as one of my favorite couples ever. I've also found a new favorite author and I'm excited to read the other two books of Torrest's that I snagged at RT!