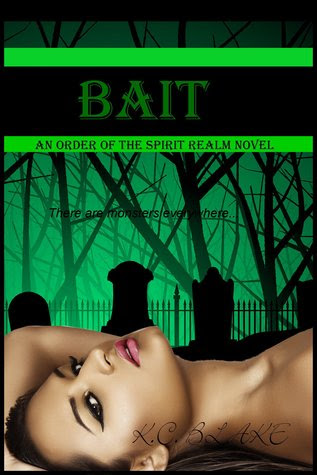 **I received an ecopy of this book from the author in exchange for an honest review.

At sixteen, Bay-Lee Bishop is not a typical girl.  The last thing she wants is to be popular, but flying under the radar is nearly impossible when you’re the tallest kid in the eleventh grade.  She works hard to maintain a steady C point average, never raises her hand in class, and avoids extra-curricular activity of any kind.  The other students would be shocked to learn she’s living under an alias, relocating at her uncle’s whim, and hiding from monsters who want her dead because she’s Van Helsing’s daughter.


Life is weird.  Then everything changes.  A reaper uses her closet to cross over from the Spirit Realm right before her father whisks her away to a new school.  This is the school she was born for, the school where she will learn to hunt and kill monsters, but it isn’t what she imagined.  Students hate her, her mentor refuses to help her, and wraiths are murdering hunters on their birthdays.  She is laser-focused on training.  Love is not an option for her, but try telling that to her heart.

Bait is an excellent introduction to a new YA paranormal series. It has action, suspense, well developed characters, monsters that really do hide in closets, a possibly world-ending prophecy, and a little romance. :)

Bay-Lee is a wonderful heroine. She's outspoken and fierce even though she's always trying to blend into the crowd. To say she's had an non-traditional upbringing is an understatement. She's constantly moving and changing her name because there are monsters who want her dead. All because she's Van Helsing's daughter. But everything she does in life is done with a single-minded goal...

Nick Gallos, a.k.a. Tyler Beck, is everything you'd imagine a rock star to be. He's arrogant, attractive, talented and brash. He's been living under an assumed identity as a way of hiding who and what he is. But now he's having to figure out how to be himself. And he blames all his woes on Bay-Lee.

Ms. Blake created an interesting cast of supporting characters as well. I liked what they each added to the story even if I second guessed some of their motives. Keisha, for example, kept me guessing. As a fellow student and roommate to Bay-Lee, I was always wondering if her intentions were altruistic or driven by competition. And Alec, Nick's brother, is another character I liked if only for his adamant dislike of Bay-Lee.

I adored this story built around the legend of Van Helsing. (He's the original vampire hunter, for those of you who haven't read Dracula.) It's original and fun. It has all sorts of monsters but we don't see many of the most common kind. One of the things I liked most about Bait was the mystery and suspense. Ms. Blake managed to maintain the same level of suspense throughout the story and I really never had a clue as to how things were going to play out. Ironically, I found myself vascillating between different theories. And that ending?!? Whoa! Didn't see that coming.

The reason my indecision was ironic is because that tendency was one of the things that annoyed me about some the characters. They didn't seem capable of sticking to a decision once they'd made it. There were also a few places where I felt the story dragged a bit as well as places that gave me whiplash it moved so quickly.

Overall, Bait is very entertaining and novel. I liked all the characters -- well except for Jordan. ;) And Ms. Blake captured and held my interest. I will await Hunter, the second book in the series, with bated breath. 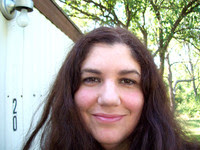 Born and raised in California, I fell in love with writing while reading The Outsiders. Then I fell in love with Stephen King's writing style. I enjoy reading many types of books, but YA Paranormal is my favorite. I used to write for Harlequin under a different name. So that's my background. Exciting, no?