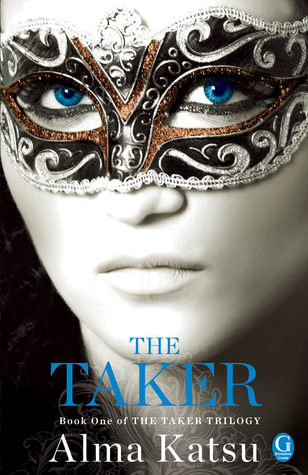 Synopsis
True love can last an eternity...but immortality comes at a price...

On the midnight shift at a hospital in rural St. Andrew, Maine, Dr. Luke Findley is expecting a quiet evening--until a mysterious woman, Lanore McIlvrae, arrives in his ER, escorted by police. Lanore is a murder suspect, and Luke is inexplicably drawn to her. As Lanny tells him her story, an impassioned account of love and betrayal that transcends time and mortality, she changes his life forever. At the turn of the nineteenth century, Lanny was consumed as a child by her love for the son of St. Andrew's founder, and she will do anything to be with him forever, but the price she pays is steep--an immortal bond that chains her to a terrible fate.

My review is going to be purposely very vague. I feel like it would give away too much of the story to provide specifics - even change perceptions and feelings. So this is mostly about how this story made me feel. Here goes:


Overall, The Taker was compelling and a wonderful introduction to the trilogy. I'm anxious to continue.