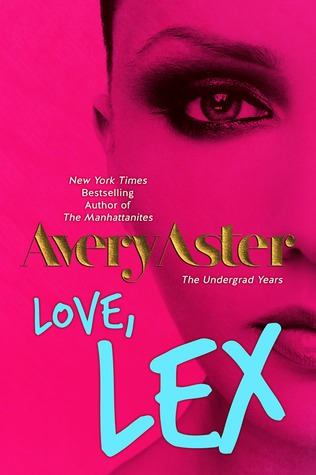 Synopsis
This summer, I'd planned to celebrate my eighteenth birthday in Europe with my fellow Manhattanites - Taddy Brill, Blake Morgan, and Vive Farnworth - until I caught my boyfriend screwing my mother. According to the police report, this vomit-inducing incident happened around the same time I'd supposedly blown-up my mother's penthouse. Like I'm walking around Soho with a stick of dynamite in my Louis Vuitton purse - not! Now, my besties and I are in jail.

Office Ford Gotti, the Harley-wheelin' biker cop who arrested us, keeps sticking his perfectly-sculpted nose into my case. His inked body is jacked up like a superhero, and he says I can trust him. He wants me to fess up. I won't. Not again. Why should I? My friends and I had a previous stint in juvie that nearly destroyed us. I gotta protect them and keep my mouth shut. Right? -Lex Easton, women's studies major, motorcycle enthusiast, and virgin.

The Undergrad Years is a New Adult contemporary miniseries about first loves, independence, and everlasting friendships.

Reader warning: Contains mature content intended for readers 17 and up.

Having read Unscrupulous and thus being familiar with Lex, Taddy, Vive, and Blake, I was excited for a glimpse into this quirky quartet's early years. And I enjoyed the peek I got in Love, Lex.

Alexandra 'Lex' Easton is the daughter of famous parents. That, along with her full-figured appearance, have made her the butt of many jokes and a target of the paparazzi. With her 18th birthday looming, Lex has plans to spend her special day in Paris, with her besties. She is also planning on having over Lady V to her boyfriend. But when she finds her boyfriend and her mom in a compromising position, things get out of control.

Love, Lex is pure escapism. It's a fast-paced, entertaining read chronicling a moment in time that forever changed Lex. It also provided some brief glances at the events that tied together these four individuals forever. It's also a no-holds barred, shocking, sometimes raunchy, sometimes sexy look at the lives of children of the rich. I likened The Manhattanites series (Lex & Co all grown up) to Sex and the City, and I have a feeling The Undergrad Years will coincide with that assessment. I'm looking forward to the next installments.