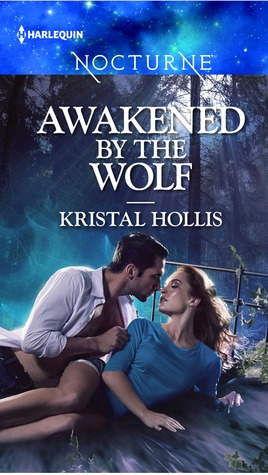 Synopsis
Who's been sleeping the the Alpha's bed?

Exiled from his pack by his father, Brice Walker has secretly come home to visit his ailing grandmother only to discover a human and very desirable female sleeping in his bed. Their attraction is instant. But his new bed buddy seems determined to resist his Southern charm and Alpha allure.

For Brice, fiercely independent Cassie not only represents a chance to build a new life in Walker's Run but is also his one true mate. Cassie's reluctance dissolves when a rogue shifter kidnaps her, and now she and Brice must work together to save his pack. But once she witnesses the savagery of wolfan justice, can Cassie accept Brice as man, beast and her true love?

Awakened by the Wolf is a fantastic debut from a promising new voice in paranormal romance. It's also an exciting introduction to a new series featuring some of my favorite supes - Wahyas. Never heard of them? Tsk-tsk. ;) They're wolf shifters - not to be confused with werewolves. And Hollis' Wayha mythos is one I'm anxious to learn more about.

Here are a few of my favorite things about Awakened by the Wolf:


All in all, I was delighted with Awakened by the Wolf. I think my only complaint would be the unnecessary angst caused by lack of communication. But then, with Brice's and Cassie's pasts, it was understandable and forgivable. I don't know what's up next for the Wahyas of Walker's Run but I'm more than eager to find out.