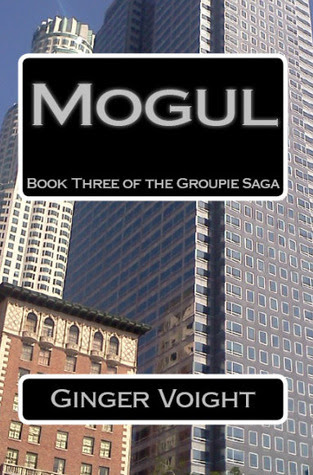 In the final book of Ginger Voight's Groupie Trilogy, Andy and Vanni have returned to Los Angeles to happily prepare for the birth of their child. A reformed Ladies' Man, Giovanni Carnevale now embarks on a fairy tale life of monogamy with the woman he loves, but the ghosts of his past still continue to haunt their newfound happiness.The Wilke family wants to see him pay for the damage he has done to their precious Baylee, who still lies in a vegetative state. For her brother, Donny, money will never be enough to make up for what Vanni has done, but that is where the Wilke family first seeks their revenge. They demand millions of dollars in restitution, which forces Vanni to reevaluate his career path and participation in his band, Dreaming in Blue.To ensure he has enough money to make up for his mistakes as well as provide for his baby, Vanni takes on the job as judge for a new reality talent show called "Fierce." Here he champions an unlikely contestant, proving to his detractors that he truly is a man of substance - more than anyone could have imagined. This includes producer Graham Baxter.Graham tries to move on, but when he discovers that Andy is pregnant he cannot stop dreaming of what might have been. Maggie watches on helplessly, as hopelessly in love with him as he is with someone else. She considers moving on before he shatters what is left of her heart. It takes a couple of matchmakers (and a fairy godfather named Jorge) from "Love Plus One" to show Graham a side of Maggie he's never seen before. The biggest threat to Vanni and Andy's Happily Ever After is grifter Holly Neal, who returns to Los Angeles claiming to carry Vanni's baby. Graham and Andy suspect she is up to her old tricks, but Vanni knows truly turning over a new leaf means he has to do right by all the people he has wronged - including a child he may have conceived with another woman.In the end, it is Andy and their baby who may pay the biggest price of all for his sins, when Baylee's unexpected death finally sends her psychotic brother over the edge.Everything blows literally to pieces, forcing Vanni - and Graham - to risk it all for the sake of love.Author Ginger Voight continues her popular GROUPIE saga with book three, amping up Rubenesque romance with steamy sensuality, and pulling the curtains off of celebrity royalty.

Or get the whole Groupie Trilogy here:
Amazon 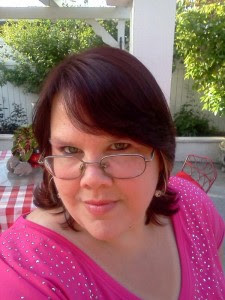 
a Rafflecopter giveaway
Posted by Bookworm Brandee at 6:20 AM