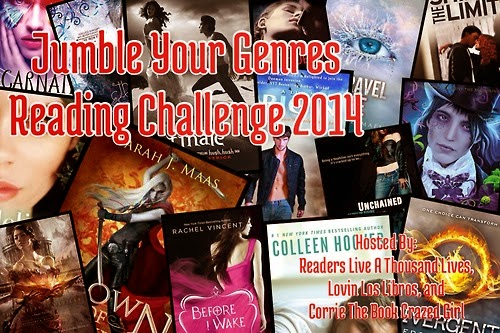 I'm on a roll! I've completed my second month of this challenge, with an incredible contemporary read! To celebrate, I'm going to GIVEAWAY a copy of both Let Me Go and Captured Again to one lucky commenter. To enter, leave a comment about this review. The winner will be chosen randomly and I will announce the winner on Sunday, March 2. 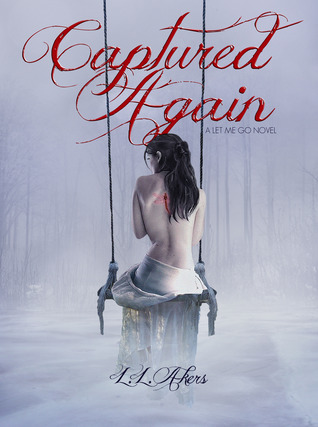 Synopsis
Ink doesn't fade, but bad memories do. Gabby, Olivia and Emma have stumbled through the ashes of their past. They've happily moved on when disaster strikes again, and one heart breaks when another stops beating--forever. Olivia must help her twin sister, Gabby, keep her tentative grip on reality when the happily ever after she and Jake fought so hard for is threatened.And Emma's all grown up these days. Now that she's a junior in college, she's determined to hide her old ink and write a new story. Anyone who remembers that girl she used to be is where they belong--in her past. However, after a rough night, she's detoured by Dusty... he's almost too good to be true. He's hot. He's sexy. But the smoldering gray eyes don't hide the fact he's not Emma's typical bad boy. He's a cop. One who's always colored between the lines--until the day he arrests Emma, the troubled girl from long-ago with the dragonfly tattoo. But she's not a girl anymore. Dusty falls hard for her fiery blue eyes and spitfire personality. For her, he's willing to risk getting burnt.In hot pursuit of Emma, Dusty enters a dangerous game of hide and seek. Emma's stubbornness and refusal to surrender may just get one of them killed, before he's able to capture her heart.Fiction: New Adult, Romantic Suspense. Age 17+

L.L. Akers has once again delivered a powerfully emotional and riveting story with twists that left me gasping and/or bawling! If you missed my review of Let Me Go, the first book in this series, you can read it here. Let Me Go dealt with the difficult subject of abuse. In Captured Again, Ms. Akers takes on the equally difficult subject of Post Traumatic Stress Disorder or PTSD. My review of Captured Again will be somewhat vague as I don't want to ruin the experience of reading this book. I will say that it is incredible the lengths the mind will go to in order to protect you.

Captured Again takes place ~5 years after the end of Let Me Go. It once again revolves around the three sisters but focuses mainly on Emma and Gabby. Just as in Let Me Go, I found myself questioning. I questioned whether or not you can ever shake loose of the perceptions and opinions of you, even if you truly change. I questioned the mysteries of the mind and whether you can heal completely after suffering great trauma.

Gabby is suffering - deeply. Not being able to let go of the paranoia that has haunted her since being abused by her boss, she experiences panic attacks. One night, her panic attack caused an accident that lost her everything. Six weeks later, she's barely functioning and her sisters are keeping a vigilant eye on her as they wait for her to be able to deal with all that has occurred.

Emma is working her way through college. She's working hard to make something of herself so she can finally close the door on 'that girl' she used to be and focus on being 'this girl' she has become. A night of drinking lands her a night in jail and a spot on Dusty's radar. This encounter may prove to be the best thing to happen to them both.

Olivia's presence wasn't as dominant in this book, but she was there to support her sisters. She's worked hard to put her past behind her. Yet she's also using her experience and knowledge working as a social worker to help children. (sidenote: I was thrilled to see in the notes that she'll be getting her book next.)

Captured Again has many twists and Ms. Akers once again offers the reader a mystery to try to solve. I can honestly say I never knew what was coming. It made for dramatic reading. Captured Again also opens a discussion on the effects of PTSD, both for the sufferer and those who love them. I don't know much about PTSD, my only experience being in books. I found the ways in which the mind works fascinating in this instance.

Gabby, Olivia, and Emma prove yet again they are survivors. These girls, who've been through so much, have the uncanny ability to pick themselves up, dust off, and move on. It's very admirable and inspiring. They embody the characteristics of the dragonflies that adore their bodies (as tattoos) - beautiful, graceful, always in motion - you can't keep them down. Captured Again showcases these sisters' resilience and strength. They're remarkable.

Captured Again is well-written, well-paced, and kept me guessing. It was also able to evoke such powerful emotions in me. At one point, I literally put my ereader down and bawled. I also appreciate Ms. Akers' ability to take on touchy subjects with such aplomb, and to weave such thought-provoking and compelling stories around them.