Welcome to my stop on the blog tour for Ginger Voight's Entangled, the second book in the Fullerton Family Saga. My stop includes all the details for the book, a teaser, my review, and a giveaway. 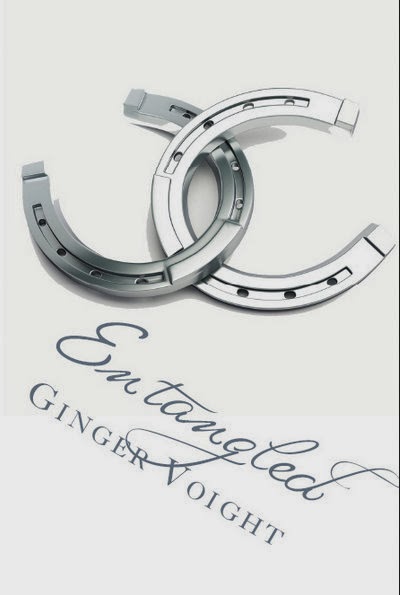 Entangled by Ginger Voight
The Fullerton Family Saga #2
Release Date: January 28, 2014
Genre: Contemporary Romance
Source: I received an eARC, as part of the tour, in exchange for an honest review
Rating: 4.5 Bookworms

The saga continues for Rachel Dennehy, the tenacious small-town teacher caught in between two compelling, powerful brothers.****This is Book 2 in the series. Blurb may contain spoilers for Book 1.****In Book 2 of the Fullerton Family Saga, teacher Rachel Dennehy heads back to California to save her favorite little boy from his rapid downward spiral. She feels responsible for Jonathan’s destructive behavior, knowing it was her broken promise that sent him off the rails. She moves in with Alex, a man who had been her nemesis for so long. Thrust together with the shared goal of saving Jonathan, they find more in common than they had realized. In fact, it is Alex who comes to her rescue Drew confronts Rachel over her “betrayal.” The chemistry still burns hot between them, but Rachel cannot forgive Drew’s cruel deception. Unfortunately he is unwilling to let her go. Drew Fullerton doesn’t like to lose, especially to his younger brother. So he proceeds with his plan to win her back, using every trick in the book to force her hand, including his son. Young Jonathan holds fast to his dream of a real family, which tears her in yet another direction. Her heart is torn between the three Fullertons, all of whom need her in very different ways. Someone is going to get hurt, no matter what she does. She struggles to do what is right, even when she finds it puts her at direct odds with what she wants.How far must Rachel go to win back Jonathan’s trust, and protect the men she has grown to love? 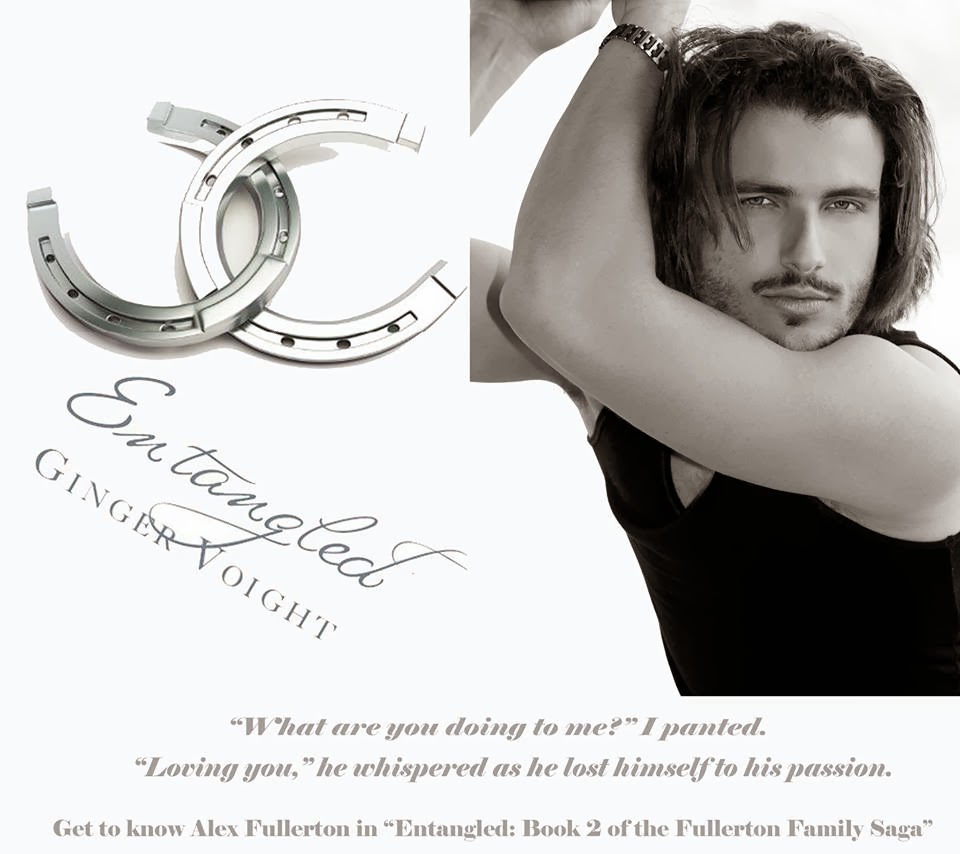 In this installment, we find Rachel returning to California despite her many reservations. In the end, it came down to her love for Jonathan and desire to do what's best for him. She's now living in Alex's home. While there, she learns so much about the Fullerton boys and finds her feelings for Alex deepening. Of course, Drew, never one to give up easily, does everything he can to stay in the forefront of Rachel's mind.

I enjoyed witnessing Rachel flourish in Alex's home - with Alex. He allows Rachel to see herself for who she is - a beautiful, vibrant, and compassionate woman. As Rachel's confidence grows, so does her relationship with Alex. And Jonathan thrives in the healthy, loving atmosphere as well. But changes in his custody as well as changes in Drew's home see him reverting to his bratty and withdrawn self.

Drew - I still only trust him as far as I can throw him. At times, he's so manipulative and calculating where Rachel is concerned. It seems it's all a contest with him and he's determined to beat Alex. At other times, he seems so sincere and caring. Who is the real Drew Fullerton?

Alex really changed as he got to know Rachel. His crusty, grumpy facade fell away, little by little, as he and Rachel got closer. But he lacks confidence. He seemed unsure of his standing with Rachel and I found Drew's words resonating in my head.

And this frustrated me. Drew would fight to the bitter end even if his reasons for doing so were less than noble. Where was Alex?

Then Ms. Voight dropped another bomb or two. She certainly knows how to increase the tension - and nudge loose a few tears. Needless to say, I'm breathless with anticipation for the final book in the Fullerton Family saga.

When I unzipped the flap, I leaned outside just in time to see Drew approach. I scurried out of my tent to meet him before he got any crazy ideas… like coming inside my tent for an unintentional party of three.

I cuddled Yoda in my arms as a shield. “You didn’t have to bother. He can sleep in my tent.”

Drew didn’t stop until he stood right in front of me. “Is that offer good just for the dog?”

“Don’t do this again,” I said quietly, and he responded by taking Yoda from my hands to release him onto the ground.

“Do you know what kind of torture it is to sleep so near you?” he murmured softly as he stepped even closer. “Knowing you are just a touch away?” He caressed the side of my face before sliding around to my scalp to grasp a handful of hair.

“Please stop,” I begged, but he pulled me back into those formidable arms.

“Why?” he asked as his head bent toward mine. “I know you want me. I feel it in the way you tremble. I’ve felt you tremble like this before, remember? I told you then that you would always be mine.
And you know it’s true. Your body responds to my touch like a slave to its master.”

I heard the zipper behind us just as Drew bent for a kiss. He backed up only when he saw Alex emerge from my tent. “The lady said no, Drew. When are you going to finally respect that?”

Drew glared between us. “I guess when you stop trying to steal everything I have,” Drew finally answered. “Mother’s love. Elise. Jonathan. And now Rachel. Congratulations, little brother. You have my life.” He stepped closer. “But don’t for one second think that she isn’t feeling me inside of her when you make love. She’ll leave, just like Elise. They always come back to me, one way or another.”

“Stop it!” I hissed, before I dragged both of them out of earshot of our camp. “I’m not doing this anymore. Drew, I am with Alex because I am in love with him. I had no intentions of ever going back to you, which really doesn’t mean anything anyway because you’re going to marry Olivia. So who cares? Game over! Instead of focusing on what happened in the past, we all have to pull our shit together for the future. Believe it or not, we can all get along like a family should… like Jonathan needs us to do.”

Drew was beyond hearing. “What Jonathan needed was you, and you left him. No amount of playing house here with Alex can fix what is broken, Rachel.”

“No, you’re right. Only you can. Instead of finding some convenient understudy to stand in Elise’s absence, maybe you should try to be a real father for once.”

He loomed over me. “I was a real father. I found exactly the mother my child needed and you changed everything for the better. We can do that again. It’s where you belong.”

“She said no, Drew,” Alex interjected as he wedged himself between us.

Drew sneered down at his brother. “It would appear she’s incapable of saying no.”

With that, Alex reared back and delivered a fierce right hook. Drew took the punch without throwing one of his own. Instead he glared at us both for a long, hateful moment before stalking back to the campground.

Ginger Voight is prolific author, freelance writer and optioned screenwriter. Her fiction is diverse, with novels like the edgy, coming-of-age drama DIRTY LITTLE SECRETS, and the fun family adventure for kids of all ages, COMIC SQUAD.
Having grown up reading different authors like Danielle Steel and Stephen King, Ginger has always been drawn more to story than to genre. This shows up in her various stories. Titles such as MY IMMORTAL and TASTE OF BLOOD are a delicious, heady mix of horror, suspense, and romance.

Genre romance, however, has held a special place in her heart, ever since she read her first Harlequin novel when she was only eleven. As a result, Ginger is making a name for herself writing romances of her own, starring women who look more like the average American woman rather than those traditionally represented in the size-biased American media. Her Rubenesque romances were created especially for those heroines with fuller figures, who can still get the man of their dreams if only they believe they can. Such titles include UNDER TEXAS SKIES, LOVE PLUS ONE, THE GROUPIE TRILOGY, THE FIERCE TRILOGY and PICTURE POSTCARDS.