Review ~ Give Me Something ~ Elizabeth Lee 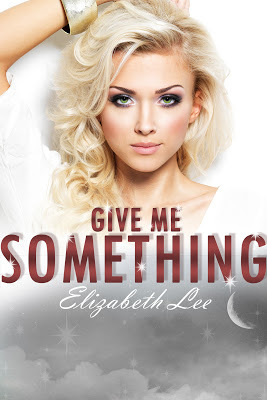 Give Me Something by Elizabeth Lee
Give Me Something #1
Release Date: March 3, 2013
Genre: New Adult, Contemporary Romance
Source: I received an eARC in exchange for an honest review
Rating: 3 Bookworms
Challenges: #BloggerShame, #CleanSweep, #ShelfLove
Goodreads

Synopsis
Here's the deal...I learned a long time ago that sometimes you have to use what you've got to make things happen. What I happen to have is a pretty smile, long legs and the ability to make men believe anything I say. Before you get on your high horse and start judging me, can you honestly say you've never batted your lashes at some guy for a free drink at the bar? That's what I thought.

Keep that in mind as I tell you my story of how I took it one step further. My story of lies, deceit, manipulation and love. Yeah, love. Believe me, it fits. Especially, when you factor in Nick and Tucker - one had my heart and the other one wanted it all for himself. Which one? Well, I can't tell you that. It would defeat the purpose of the story. If I'm going to fill you in about me, Lila Garrison, and my life as a con artist you're going to need to know all the facts, including the ones about the two guys who made me want to give up the life of fancy clothes, expensive jewelry, fast cars and easy money. Because sometimes, one person can give you something that's more valuable than all of that.

If you're still interested, stick around. Just remember, I'm pretty good at convincing people to do what I want, so if by the end of this whole thing you feel worked over, don't say I didn't warn you.

I think I'm a jaded NA reader. Maybe I would have enjoyed Give Me Something more 3 years ago? I don't know. I wanted to love it but in the end, it was just an okay read.


What did work:
Despite not being over the moon with Give Me Something, I'd absolutely read Lee again.