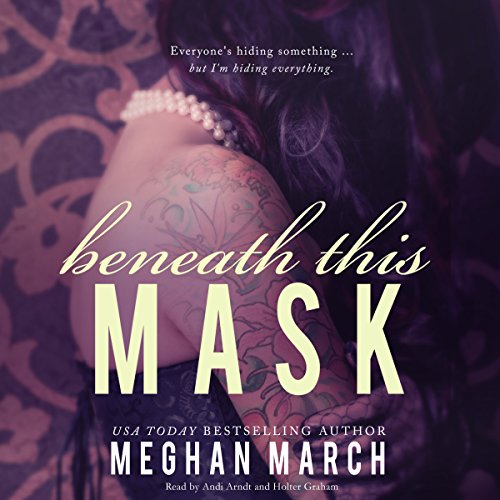 Synopsis
He loves me, and he doesn't even know my real name.

The limelight that follows him could expose everything I'm hiding. But even knowing the risks, I can't force myself to stay away.

I'm going to break his heart, but mine will shatter right along with it.

Will we lose it all when I reveal what's beneath this mask?

Beneath this Mask was a captivating story brilliantly brought to life through Arndt's and Graham's narration (although I preferred Arndt's). There wasn't much about this story I didn't like - from the premise to the well-developed characters down to the NOLA setting - it was all good and I'm so happy I gave MMarch a go!

Beneath this Mask was an absolute pleasure. And it made my 10 hour drive to Texas a joy!