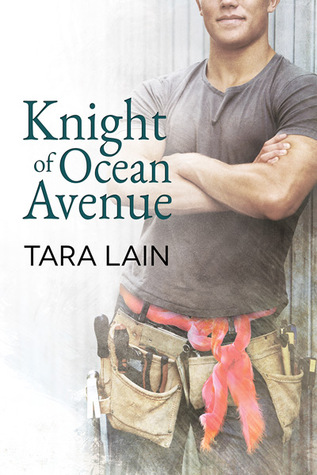 Synopsis
How can you be twenty-five and not know you're gay? Billy Ballew runs from that question. A high school dropout, barely able to read until he taught himself, Billy's life is driven by his need to help support his parents as a construction worker, put his sisters through college, coach his Little League team, and not think about being a three-time loser in the engagement department. Being terrified of taking tests keeps Billy from getting the contractor's license he so desires, and fear of his mother's judgement blinds Billy to what could make him truly happy.

Then, in preparation for is sister's big wedding, Billy meets Shaz - Chase Phillips - a rising star, celebrity stylist who defines the word gay. To Shaz, Billy embodies everything he's ever wanted - stalwart, honest, brave - but even if Billy turns out to be gay, he could never endure the censure he'd get for being with a queen like Shaz. How can two men with so little in common find a way to be together? Can the Stylist of the Year end up with the Knight of Ocean Avenue?

Lexxie @Unconventional Bookviews and I buddy read Knight of Ocean Avenue. This was my first read from Tara Lain but Lexxie was already *twisting my arm* to read Lain, as she's one of her favorites. :) I'm happy to say I loved my introduction. And I'm looking forward to buddy reading #2 in the series, Knave of Broken Hearts. I hope you enjoy our chat!

Lexxie, there are so many things I loved about Knight of Ocean Avenue. And I'm so happy you found Lain - so we could buddy read her. :)

I felt like both Billy and Shaz were defeating themselves in the love arena by holding on to the "picture" of what they thought their love lives were supposed to look like. Billy, bless his heart, not realizing he was looking for love in all the wrong places broke my heart. I hated that he kept saying he was 'slow' and I had to wonder if, subconsciously, thoughts of what his family, his mother in particular, would say were holding him back from figuring himself out. What do you think? I also wondered if some of the things he'd remember people had said to him were said by his mother. But then, it wouldn't fit with how supportive his family was, so maybe not. Shaz broke my heart for having to have lived a life without his family. I can't imagine anything my kids could do that would make me disown them.

Their family lives were just another way in which Billy and Shaz were opposites. They were opposites in body build, upbringing, career...the juxtaposition of all these things would seem to put too many things in the way for a lasting relationship. So I liked that they found a way to make it work.

I cheered when Lain threw in the religion card. That Shaz could hold his own in reciting scripture to refute what Billy's mom was saying made me smile. Lain doesn't seem to shy away from showing the bigotry and prejudice gays face. I admire that.

And I liked that Lain infused so much humor into the story. I think it would have felt much darker and sad without the humor.

Oh, I must mention all the side characters. Lain did such a great job in fleshing out the supporting cast. I adore Billy's sisters, Teresa and Rhonda. Oh, and Billy's crew - especially Jim. And Ru! I was glad he was Shaz's voice of reason when he needed one. :)

What are your favorite parts of the story?

I'm happy I found Tara Lain, too, and even happier you love her books as much as I do! And I so love our book-chats, Brandee! It totally makes reading even better.

Yup, holding on to the 'picture' for Shaz, and for Billy, living up to his own (and his family's) expectations definitely held them back. But once they truly looked at their lives, and how good things could be they were both very courageous in my opinion. Shaz for finally realizing that the picture and real life was not the same, and Billy for really going all out there once he knew he was gay. Of course, Billy's steps were baby-steps at first, but I felt like he really put everything on the line to be honest both with himself and those around me. It sounded like Billy's teachers had told him he was slow - and I'm wondering if maybe he was slightly dyslexic, since he told Shaz that he had taught himself to read later on. I can't imagine not being touch with my kids, either, and I think that even if they had actually done something horrible (and no, being gay does not at all count for that!!) I think it would be impossible not to love them anyway.

I think that in many ways, even if their family life and their childhoods were very different, Shaz and Billy were more alike than they realized. When it came to their values and their loyalty - both of which are very important in a relationship - they really felt the same way.

Cheering on both sides of the pond for the religion card, Brandee! I loved how Shaz knew his bible verses even better than Billy's mom, and it really also showed that if you want to use religion as an 'excuse' for judging other people, you may have misunderstood some very important lessons... Like for example the thing about judging.

Lain's humor is awesome, and the fact that she managed to put a little lightness into the troubled men's lives was indeed well done. I can't wait to read the next Love in Laguna book, actually, because Knight of Ocean Avenue did have it all! Good main and supporting characters, as well as a well done story-line, and a well-crafted plot.

And I have to say I really hope there will be a story involving Rhonda and Mitch... because wow!

I really admire both Billy and Shaz because letting go of the dreams and expectations they'd both had for what their lives would be like - especially for Billy since he's also breaking those images for his parents - would be so difficult. But they both did it for themselves. And even though they're both such compassionate men, taking care of, looking out for those they care for, it was important they do this for themselves and their happiness. And yes, you're right, they were very similar despite their upbringing, because their values lined up. *sigh* I just adore them both!

I agree with you about Billy possibly being dyslexic. I know you have some experience with it, and I do as well, so it was hitting those buttons for me when Billy talked about and remembered things people had said to him about his ability to learn. And it broke my heart.

I'm really looking forward to the next Love in Laguna book as well, Lexxie. I'm eager to learn more about all the characters Lain introduced us to. She sure knows how to write a solid story, with emotion and humor, and beautiful men! :) And I too hope we get Rhonda and Mitch's story...I think it'll be quite a story!

I know! They both made my heart ache for them - and I really wanted to hug them and tell them to just go after they dreams instead of after their 'picture'. Billy and Shaz had to really put themselves out there, though, and I don't think either of them had truly done that before - just being with someone who was convenient, and whom they felt attracted to in some way, but not giving that other person their all. And because they hadn't given their all, they definitely didn't receive everything they wanted and needed either.

The way Shaz helped Billy study for his test made me laugh out loud! But I think what really helped Billy was that Shaz was sure he'd make it - and if he didn't make it this time, some other time. It was not something that would change the way Shaz felt about Billy, and that confidence boost was probably just as important as knowing all the answers.

I just started Knave of Broken Hearts, and I'm so happy we're doing yet another buddy-read, Brandee! This is so much fun!