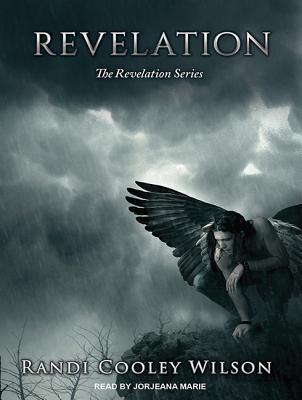 Synopsis
Eve Collins starts her freshman year at college blissfully unaware that one revelation will challenge everything she's believed to be true about her family, life, and future, and right in the midst of it all is Asher St. Michael. Mysterious and aloof, Asher is appointed to protect Eve at all costs. Bound by his oath of loyalty to mankind, loving her is forbidden. Dark and enigmatic, Gage Gallagher may be even more dangerous to Eve than the demonic army that hunts her. Caught in the middle of a centuries-old war, Eve must choose sides knowing that the wrong choice will cost more than just her life. Can Asher and Eve fulfill their destinies, or will their love destroy everything?

This is rather a hard review for me to write. I requested Revelation for review in audio because the synopsis intrigued me and the book had gotten great reviews. Unfortunately, it didn't work all that well for me. I'm going to break it down into what worked and what didn't work for ease in disseminating my thoughts and feelings. Here goes...


Didn't Work
I think this may be a case where I'd have enjoyed the story a little more had I read it rather than listened. I think the flaws were magnified in audio. I'm not sure I'll continue the series. But again, this book has many rave reviews so while it didn't work for me, it might work for you.