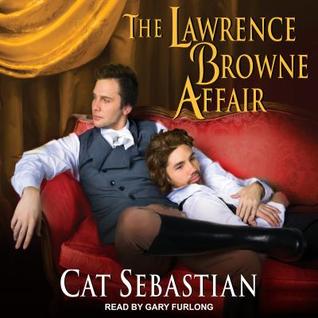 Synopsis
An earl hiding from his future...Lawrence Browne, the Earl of Radnor, is mad. At least, that's what he and most of the village believes. A brilliant scientist, he hides himself away in his family's crumbling estate, unwilling to venture into the outside world. When an annoyingly handsome man arrives at Penkellis, claiming to be Lawrence's new secretary, his carefully planned world is turned upside down.
A swindler haunted by his past...Georgie Turner has made his life pretending to be anyone but himself. A swindler and con man, he can slip into an identity faster than he can change clothes. But when his long-dead conscience resurrects and a dangerous associate is out for blood, Georgie escapes to the wilds of Cornwall. Pretending to be a secretary should be easy, but he doesn't expect that the only madness he finds is the one he has for the gorgeous earl.
Can they find forever in the wreckage of their lives? Challenging each other at every turn, the two men soon give into the desire that threatens to overwhelm them. But with one man convinced he is at the very brink of madness and the other hiding his real identity, only true love can make this an affair to remember.

I admit to having chosen The Lawrence Browne Affair because I was intrigued with an M/M historical romance. What a pleasant surprise this story was!

Honestly, there was so much to like about this story. And the narrator, Gary Furlong, also did an excellent job. He kept the pace just right and managed the voices for each character very well - even the female ones. I will absolutely read more CSebastian and listen to more GFurlong!