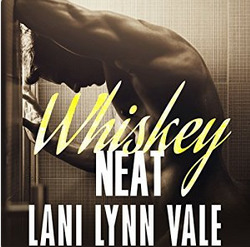 Synopsis
Griffin Storm wasn't prone to violence, but when someone takes what Griffin holds dear, the world as he knows it is gone.

Retaliation, revenge and rage fuels him. His club, the Uncertain Saint's MC, do their best to offer support, but Griffin is beyond redemption. He'll do what he has to do. Kill who has has to kill.

He doesn't care if that means he dies. If it gets him what he wants, then it's worth it.

He fakes it all until the night he walks into a sex shop for batteries and lays eyes on a woman that will change his life.

Lenore makes him think past tomorrow. Makes him want to see just what the future might bring.

But his life's a dangerous one built around pain and deception, and not for the faint of heart.

He won't give up the past, not until he's done what he promised to do.

And if that means she's not there when the dust settles, he'll risk it.

Lenore, though, won't give up on him. She'll fix him, whether he wants her to or not.

Whiskey Neat served as the introduction to the Uncertain Saints series and while the story and characters have promise, the execution made for a bumpy ride.

What Could Have Worked Better:

The real highlight was the narration! Mason Lloyd and Kendall Taylor were pretty phenomenal. They kept me engaged where I might have given up otherwise. Their voices for each character were distinct and they managed a nice pace for the story.

Whiskey Neat wasn't bad. It just could have been better. Since I have the series in audio, I'll give these guys and gals another go.