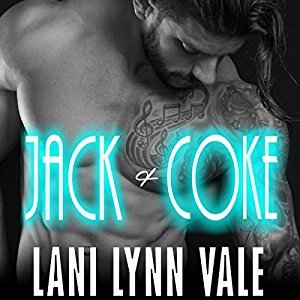 Mig's wife is a bitch.

How else do you describe a woman that lies, cheats and steals to get what she wants?

That's exactly what happens when she traps him into a marriage he wants nothing to do with, saddling him with a kid that he knows doesn't deserve to be in a world like his.

He's doing a pretty bang-up job at ignoring everything but his responsibilities as a DEA officer and a member of The Uncertain Saints MC.

Annie teaches Mig that not every woman is out to get him.

Her love for Mig stretches past what's appropriate for two friends, and Annie soon straddles that invisible boundary between appropriate and inappropriate.

Annie's not a cheater, though.

When she tries to say goodbye, Mig won't let her leave, and soon the tiny town of Uncertain blows up with the news of Annie and Mig's innocent friendship.

Matters of the heart are foreign to Mig, and it takes Annie being gutted for him to see the wrong he's done.

He waits too long, though, and Annie's heart is broken.

She wants it all, or she wants nothing. She can't take anymore half-hearted attempts at being just friends.

The heart wants what it wants, and it doesn't take long for Mig to realize that.

But just when Mig finally has it all in the palm of his hand, his life is ripped to shreds by a new player in the game, and it takes all of Annie's love and devotion, as well as help from the men of The Uncertain Saints MC, to put Mig back together again.

Jack & Coke pulled me in a bit quicker than its predecessor and seemed to have resolved some of the editing issues that took away from my enjoyment of Whiskey Neat. While I still felt some of the plot threads were too over-the-top, and the storyline a bit formulaic, I did like Mig and Annie's story. There were elements that kept me engaged - mostly the suspense part because I wanted to know who was behind things and how it would work out. And I liked Mig and Annie - they were decent people who both worked to help others although through vastly different means. I liked meeting/spending more time with some of the other characters. However, as I was writing this review and thinking about the story I realized these things:


Does this all add up to a bad story? No. It had its moments. But I think the narrators are the best part. Mason Lloyd and Kendall Taylor do a stellar job with what they have to work with and that is admirable.

I have two more from this series in audio but I don't know if I'll continue. I'm definitely going to take a break though.

As an aside, I saw quite a few people were upset by a certain plot element...it is not described/detailed in the story, just stated. It didn't bother me and was explained in a way that made sense and developed another part of the plot. But just so you know - date rape drugs/date rape (perpetrated by a female) is a part of the story.