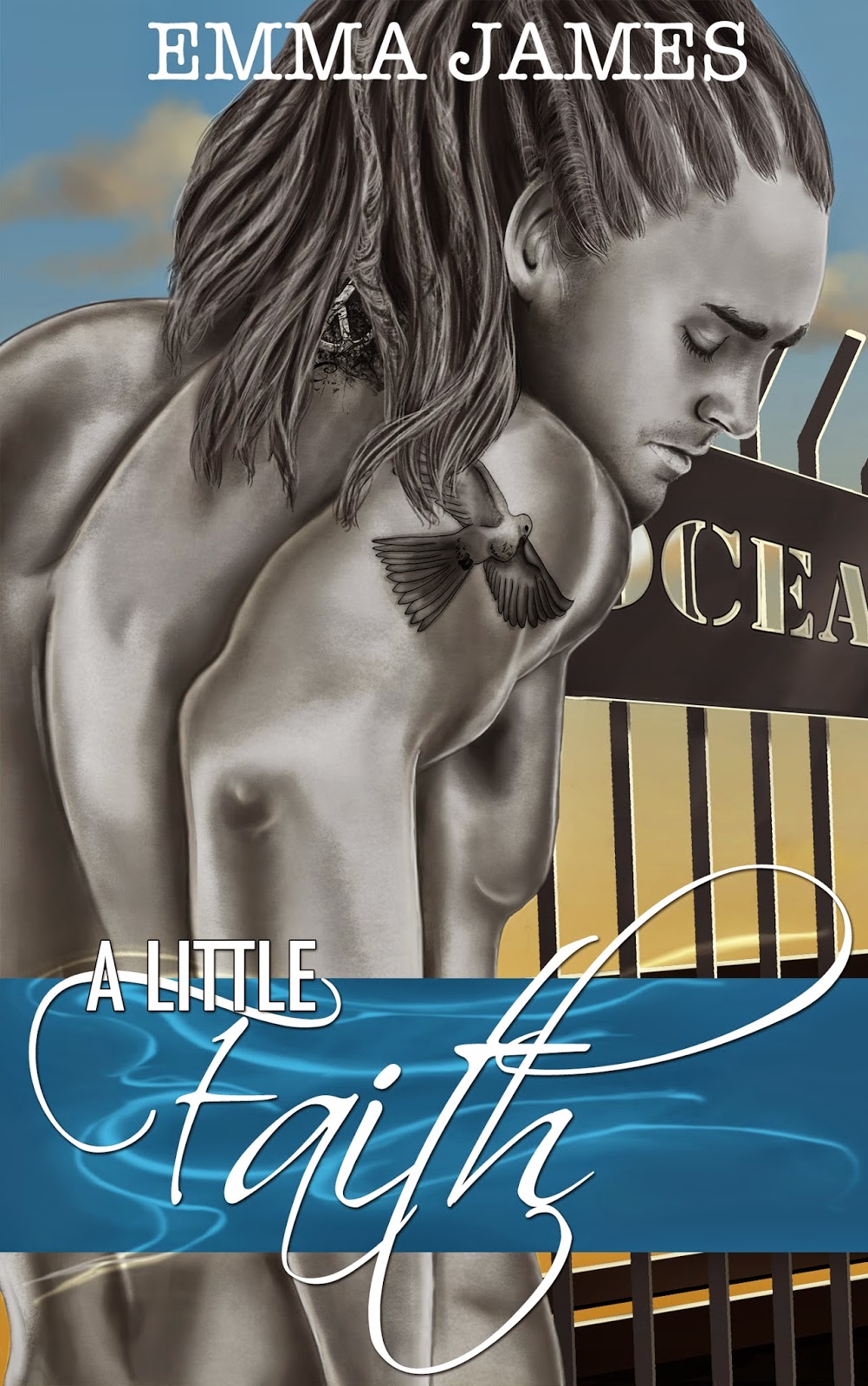 SYNOPSIS
I had no idea a carefree island vacation would tear my life apart.

But now it’s time to put my walls up, make them impenetrable.

It’s the only way to survive. ~Faith

Harley, the protector. Retro, the straight shooter. Keanu, the funny bone. Levi, the model. And Text, who can’t seem to find himself. All their lives were permanently altered by one event. With a pact made, these five best friends need something from Faith. Is she ready now to give them what they have been waiting for?

Join Faith as she goes on an emotional and heartwarming discovery where all may not be what it seems. But with every ending, comes a new beginning, a second chance. You just gotta have A Little Faith...


“You never know how strong you are until being strong is the only choice you have.”
~ Bob Marley

Oh, there's so much I want to say about A Little Faith. And yet there's so much I can't say because to do so would spoil the experience. This story begins with a shock...the tear your heart out kind of shock. I was immediately riveted.

This is such an original story. From its unique cast of characters, whom I'm already so invested in, the multiple POV narration, to the tragic incident that shaped them all into the people they've become - A Little Faith is fascinating. The story revolves around this group of guys that are so close, they're like brothers. And they've suffered this horrific event and it's brought them closer in some ways but divided them in others. And Faith is the person who keeps them together and can hopefully put them back together. We learn how the tragedy has affected them emotionally and physically...at least some of them. I think we've barely scratched the surface though.

I like the diversity of characters Ms. James incorporated. These guys and girls are not perfect - they have flaws and scars, both visible and not. And the event that rocked their world was so realistic...and their issues resulting from it are as well. It all felt so organic and true.

I really like how Ms. James tied together the act of having faith and the re-arrival of Faith into the guys' lives. Keanu, Levi, Retro, Harley, and Jase (Text) all took on roles in each others' lives and put up different kinds of walls to help them cope. And then there's Faith, who has also struggled to move forward. Now that she's on the path, she's on a mission to help all the guys heal and move on. At its heart, A Little Faith is a story of second chances, friendship, and healing.

Obviously, the emotions evoked are enormous. From the beginning shock to the ending, I was flipping through pages, anxious to see what was uncovered next. There are only a couple of things keeping this from being a 5 Bookworm read for me. First, I felt there were places where the prose didn't have enough variation in sentence length which made it choppy and interrupted the flow. And second, there were places where the detail, whether in prose or dialog, was repetitive. But the story itself was one I was so engrossed in. Overall, I'm so very impressed with Ms. James' debut. I'm kinda over the moon about it. And I can't wait until December, when I can get my hands on the next installment, Hope is Lost.