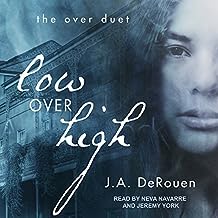 Synopsis
I fancy myself a purveyor of truth, a sifter of lies, a cutter of bullshit. It's not a gift, but rather, all skill, honed to a razor's edge after one too many trips down the rabbit hole.

Some may dismiss my talent as misplaced and misguided cynicism, but they'd be wrong. Cliches about hope and faith in mankind are concocted unicorn farts, an effort to keep the dreamers dreaming. Experiences don't lie - people do.

While I'm not proud of the circumstances that led me to this way of thinking, I respect the journey. The road to enlightenment can be dark and foreboding, but the destination makes it all worthwhile.

But funny thing about the past - it's a defiant child refusing to stay in time out. No matter how deeply buried, it can always pop up when least expected, and sink its fucking claws into the flesh of your heart. No, not my heart - I no longer have one. I foolishly gave it away years ago, but I still feel the ripping in my chest as I fist the crumpled note left on my porch.

I've avoided this day, ran from it, for the past eight years.
And still we meet again.

But to truly understand...to feel my dread and fear my future as I do, it's important to know what happened in my past.

My name is Marlo Rivers, and this is my story of corrupted love.

MATURE AUDIENCES ONLY 18+
Warning: This book contains graphic content which may not be suitable for sensitive readers.

Note: Despite the warning, this book is what I'd consider Young Adult.


I've found a new (to me) author to put on my favorites list! Low Over High - there was just something about it that resonated with me. And I can't wait to hear the rest of the story!

DeRouen created characters in Low (Marlo's nickname) and Ever that I couldn't help but fall for. Low is this feisty girl who can toss insults at the boys like nobody's business. She's always been more of a tomboy so it was also a lot of fun watching her befriend her new roommates at Orleans Academy - who were very girly - as well as Evelyn...her estranged mother. Low is also emotionally stable, having grown up in a loving home surrounded by people who love and support her...the exact opposite of Ever.

Ever is this hot and broody *sigh* young man who clearly has issues. When he and Low meet, they're like oil and water. But as they spend time together - time forced upon them - they become so close and much more than antagonistic acquaintances. But Ever has secrets and when something terrible goes down - something he won't share - Low worries she'll lose him to the ways he employs to escape his demons. And then something equally awful happens to Low that makes her broken on a level equal to Ever.

So the story is compelling and I loathed having to remove my earbuds. DeRouen's writing is flued and she also crafted a secondary cast that gave Low and Ever that much more depth.

I've a new favorite narrator in Neva Navarre as well. She embodied Low and even though she couldn't quite get a New Orleans accent, her voices for the many characters was great. Jeremy York also did well as Ever. His range for female voices lacks but it doesn't detract from the story.

On to Ever Over After!