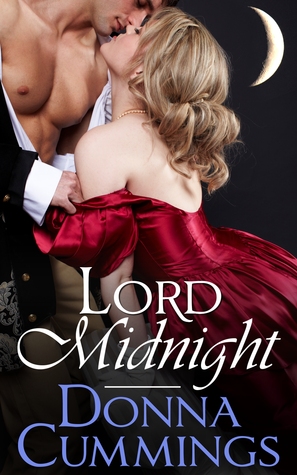 Synopsis
GABRIEL DeVAULT, a dashing highwayman, lives to avenge himself against the uncle who stole his title and tried to kill him as a child. One night's robbery yields unexpected riches when his uncle's spirited bride-to-be falls into Gabriel's arms. Now his plans for vengeance include seduction of the innocent miss, in the home that once was his own.

MARISA DUNSMORE is blackmailed into wedding the cold and calculating Edmund DeVault, Lord Westbrook, to protect her beloved aunt. When her attempts to escape the upcoming marriage fail, she turns to the man she knows as Lord Midnight, entrusting him with her love, and her future.

Lord Midnight is going to stick with me for quite awhile. From the premise to the characters - I adored everything about it!

Marisa is in need of rescue. This intelligent and cunning young lady has tried everything but her father has threatened the one thing - the only thing that could induce her to agree to a marriage she has no interest in. Enter Gabriel. He's a highwayman, and along with his merry band of brigands, he relieves the wealthy of some "weight" - their valuables - as they travel along the road. It's serendipitous Gabriel should hold up the carriage Marisa is ensconced in - the one delivering her to her betrothed...


I finished this several days ago and it's still churning in my head. I can't say enough good things about it. It was exciting, entertaining , and swoon-worthy. This one awhile go on the re-read pile.