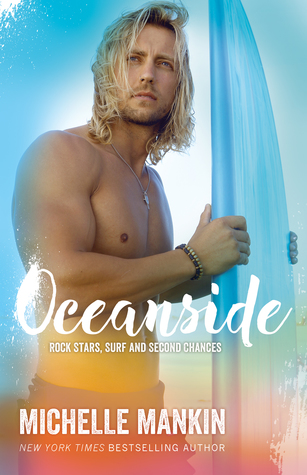 Synopsis
Oscar night.
Rock star legend, Ashland Keys should be on top of the world, but the blond blue-eyed SoCal surfer is disillusioned with fame, done with drugs, bored with the groupies and sick of all the fake f*ckery.
A rising star, Fanny Bay is nominated for best original song in the same category as the Dirt Dogs band, but the novel redhead with the corkscrew curls and the slight Canadian accent would prefer to chart a course with a different destination.
Hollywood is not for her.
He's full of regrets, darkness and secrets.
She's full of hope and light and has mysteries of her own.
He's her reserved hero.
She's his gypsy rose.
He's water. She's fire. Together, they don't make sense.
But he's what she's always wanted, and she just might be everything he needs.

Omigosh did I love Oceanside! This whole series has been fabulous - the backstories, the romance, the friendships. But Oceanside...it's unique. Ash, the drummer for the now-retired Dirt Dogs, isn't your everyday hero. And Fanny is not your conventional heroine. They're from different worlds and they're opposites for sure...him dark, her light. But their story was captivating.

You can read Oceanside without having read Outside or Riptide but why deprive yourself of meeting all these characters and getting their stories in order? I'm not sure if Oceanside is the end of the road for this series but I do feel confident in saying we haven't seen the last of these characters. And I, for one, am thrilled with the prospect. But this was a great way to wrap up the series with the original Dirt Dogs members. I hope you'll give them all a try.