Happy Monday! I am a stop on the blog tour for Otherborn by Anna Silver. My stop includes a trailer, my review and two giveaways. This tour is presented by Xpresso Book Tours. 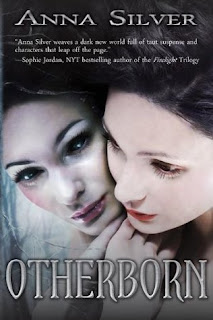 Synopsis:
London and her teenage friends live in a reprocessed world.

Confined within Capital City’s concrete walls, London has done the impossible and the illegal. She’s created something New- a song. But her mentor, club owner Pauly, is not impressed. Since the historic Energy Crisis forced everyone behind walls generations ago, the Tycoons have ensured there is truly nothing new allowed under the sun. Pauly warns London to keep her song to herself, if she knows what’s good for her.

What he doesn’t know, is that London is keeping an even bigger secret: she dreams. And she’s not alone. London’s band-mates and friends have begun dreaming as well, seeing themselves in “night pictures” as beings from another world. As Otherborn, they must piece together the story of their astral avatars, the Others, in order to save their world from a dreamless, hopeless future.

When Pauly is murdered and an Otherborn goes missing, London realizes someone is hunting them down. Escaping along the Outroads, they brave the deserted Houselands with only their dreams to guide them. Can they find their friend before the assassin finds them? Will being Otherborn save their lives, or destroy them?

Otherborn is a unique concept in a book. This landscape is that of a world following the Energy Crisis. A world where your life is defined by a government issued assignment (label). And access to technical things - cell phones, netbooks, even music - is regulated by licenses and your level in society. Oil and gas are strictly controlled and only the wealthy or those favored by the wealthy can afford it. In Capital City, everything is reprocessed. Walls enclose all inhabitants and no one is allowed outside the city walls. Everyone and everything is stagnant and regulated. There is never anything New - no innovation or creativity. No one dreams. And the Tycoons rule everything.

London and her friends, however, do dream. Their dreams seem like memories and as they found one another, the group dubbed themselves Otherborn.

London, Rye, Kim, Zen, and Avery all have alter-egos when they dream. Figuring out the why behind that is part of the plot. And as that is revealed to the characters, the bigger picture becomes clearer. The Otherborn leave Capital City after the deaths of two friends and the disappearance of a third. They leave to search for their missing friend in this search leads them to one discovery after another.

Otherborn got off to a little bit of a rocky start for me. It was the world building that I had trouble with. But once the initial foundation was laid, it flowed smoothly. And the story captivated me. I enjoyed watching the characters follow their paths and the interactions between them. I especially liked the closeness between London and Rye and how it was tested over the course of the book. There were times when London irritated me. But I was delighted to see her character growth and her embrace of her Other.

This is a great start to the series. Since the world building is complete and I understand the Others' purpose, I expect the next installment to be thrilling. I'm excited for what comes next in London and her friends' quest to save our world. 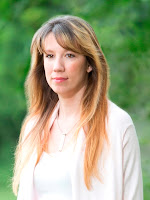 Anna Silver is an artist and writer living in the greater Houston area with her family, pets, and overactive imagination. Her art, which includes oil paintings, assemblage sculptures, and fairy houses, has been featured in the Houston gallery Las Manos Magicas. She studied English Writing & Rhetoric at St. Edward’s University in Austin. She has written web copy for private clients and freelanced for the Hill Country Current in Texas. Her write-up on a past-life regression experience was chosen to be featured in best-selling author Brian Weiss’ new book. She is a member of the Writer’s League of Texas. OTHERBORN is her first published novel.

In addition to the blog tour giveaway, Anna is also offering a Kindle Fire. To enter both giveaways, fill out the rafflecopters below.

Posted by Bookworm Brandee at 12:52 AM