Welcome to my stop on the blog tour for Helena Newbury's Acting Brave. I have all the details for the book, my review, and a giveaway for y'all! 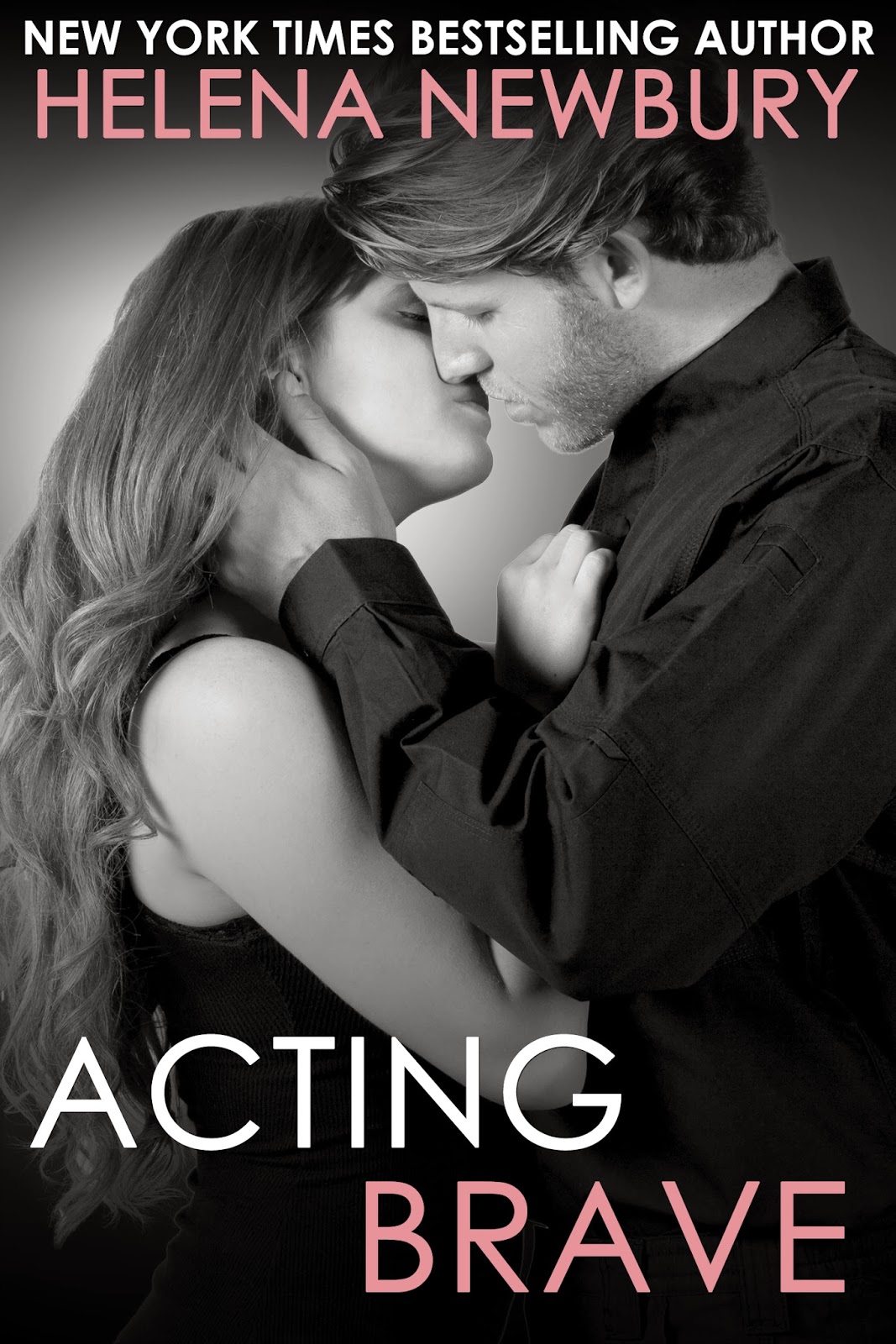 She’s spent her whole life acting. But is she good enough to make him believe she doesn’t love him?
Three years ago, a terrified girl named Emma fled a world of crime and abuse in Chicago and bought a one-way ticket to New York. She reinvented herself as an actress, enrolled at the prestigious Fenbrook Academy and buried her pain beneath a vivacious new persona. Her new name was Jasmine.
Now she has to pull off the performance of her career.
Landing her dream part in a police show, she finds herself falling for her co-star, Ryan, a real-life cop. If she lets him get too close, he’ll awaken memories she doesn’t want to face and uncover secrets that could endanger them both. But how can she keep a guy at arm’s length when she has to kiss him on camera?
The last place Ryan imagined himself was on a TV show. Blaming himself for the death of his partner, he’s on a downward spiral of rage and guilt. The show is his last chance…but how can he keep it professional when his co-star is a woman he’s crazy about?
As their on-screen and off-screen relationships merge, things go from hot to blistering. But when Jasmine’s old life catches up with her, will a cop be the one person she can’t be around…or the only person who can save her?

Acting Brave was amazing. It had everything -- action, suspense, a little angst, romance, and friendship. It also packed in all the emotion I was looking for...and then some. I'd always wondered what Jasmine's story was. And it wasn't an easy one. Not only do we get to know all that made Jasmine who she is -- and it's some terrifying stuff -- but we also get to know Ryan better. We met Ryan in In Harmony. He's a big, hunky cop, who upon meeting Jasmine for the first time (at the scene of a mugging) thinks she's a hooker.

Jasmine is an actress...the bubbly, vivacious one of the Fenbrook girls. But she's hiding from a lot of darkness. Ryan is the one person who seems to see through her facade and the closer they get, the closer the real Jasmine gets to the surface.

Ryan is battling a demon of his own. Having never had the courage to ask Jasmine out, he finds himself in the position to interact with her daily as they are both given roles in a TV pilot for a police drama. There's a story here - but you'll have to read the book to get it. :)

Newbury said Acting Brave was "more difficult and more affecting" to write than its predecessors. It's my favorite in the series. It's obvious she poured her heart and soul into this one. She did a phenomenal job of conveying how difficult the fight was that Jasmine was experiencing -- battling to maintain the shields around her, the life she'd created, and keeping her past buried for fear of what its discovery would mean for her and her friends. I also liked her description of Jasmine's feelings that her friends were drifting away -- that Karen in particular, no longer needed her, and why her perspective was such.

Since Acting Brave is told in dual POV, we also get well acquainted with Ryan. He's gone through a recent tragedy and how he's dealt with it has gotten him into a bit of trouble. Despite this, he's just such an open, honest guy who can't believe his luck in that a girl like Jasmine would give him a second look. They're good for one another though. They've always had chemistry but their romance gets to simmer, and I loved that they took the time to get to know one another. It made it all more special.

This is the last of the series. *sniff* But another thing that made Acting Brave such a standout was how Newbury exhibited why all these girls are such good friends. They all really had each others' backs and when they needed each other, they all -- even their guys -- pulled together.

It sounds like Acting Brave was all rainbows and unicorns, doesn't it? It was far from that. It has a dark, gritty side. But friendship and love prevailed, and I adored this final chapter in the Fenbrook Academy series. I look forward to seeing what Newbury does next.

I’m a New Adult Romance author who loves writing about what happens when love and dreams collide with the real world. I wrote my first novel, Dance for Me, in daily chunks in a very busy, very noisy coffee shop, which meant I had to order a black Americano every hour, on the hour, to keep my seat and wound up wired on caffeine most days. I hit the New York Times and USA Today bestseller lists in summer 2013. Unlike my characters, I can’t dance.