Welcome to my stop on the blog tour for J. Kenner's Under My Skin, the third and final installment in the Stark International Trilogy. My stop includes all the details on the book, my review, and a giveaway. Enjoy! 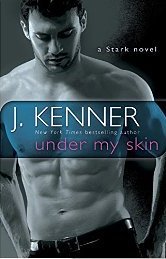 Synopsis
He's the only man I've ever loved, and the one man I can't bear to lose.

Jackson Steele is my light in this world. Charismatic, bold, and always in control, he knows what he wants and how to get it--and absolutely nothing stands in his way. His hold on me is magnetic, his claim on me complete, his kiss my ultimate escape.

We both harbor dark secrets that could tear our lives apart. Though we've tried to bury our pasts, there are certain people who won't let us forget. But the closer danger comes, the brighter the fire between us burns--our ecstasy consuming and soothing us both.

There's no telling what lies ahead, but I know that Jackson never gives in without a fight. I'd do anything he wants to keep him safe, give him anything he needs. And now that we're in deep, nothing can make me run.

Under My Skin is intended for mature audiences.

Keeping me guessing about certain things until the end, Under My Skin was an exciting and fulfilling conclusion to Sylvia and Jackson's story.

Sylvia and Jackson have endured quite a bit both personally as well as professionally. Under My Skin sees them still battling - against the saboteurs trying to thwart the resort project, and the legal system as Jackson seems the prime suspect in a murder investigation. On top of all that, both Sylvia and Jackson must decide once and for all that together they're stronger and their love can weather any storm.

I liked how Kenner maintained the tension in both the business element and the murder investigation. I did think the murder mystery element resolved a little too neatly, although I was still unsure as to whodunit. The saboteur reveal was a little hazy - I'd suspected a part of it, but not all. Jeremiah Stark's appearance makes me curious as to whether we'll see more of him. Actually, I'm hoping to see more of him as I'd like to get inside his head. I'd also not complain if we got more of all the secondary characters.

As for Jackson and Sylvia, I was happy with where they ended up. They had me worried at times - especially Sylvia - as she seemed to often forget her own inner strength. But she dug deep and steeled her spine when it counted.

When you wrap up all the elements - including that ending - Under My Skin was a satisfying conclusion. 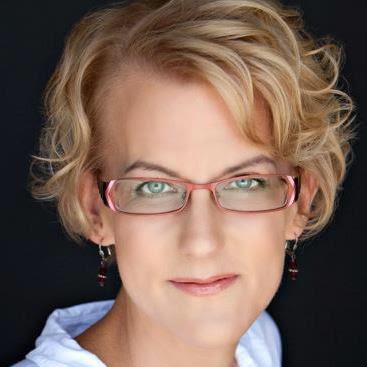 J. Kenner (aka Julie Kenner) is the New York Times, USA Today, Publishers Weekly, Wall Street Journal and International bestselling author of over seventy novels, novellas and short stories in a variety of genres. Though known primarily for her award-winning and international bestselling erotic romances (including the Stark and Most Wanted series) that have reached as high as #2 on the New York Times bestseller list, JK has been writing full time for over a decade in a variety of genres including paranormal and contemporary romance, "chicklit" suspense, urban fantasy, Victorian-era thrillers (coming soon), and paranormal mommy lit. Her foray into the latter, Carpe Demon: Adventures of a Demon-Hunting Soccer Mom by Julie Kenner, has been consistently in development in Hollywood since prior to publication. Most recently, it has been optioned by Warner Brothers Television for development as series on the SW Network with Alloy Entertainment producing. JK has been praised by Publishers Weekly as an author with a "flair for dialogue and eccentric characterizations" and by RT Bookclub for having "cornered the market on sinfully attractive, dominant antiheroes and the women who swoon for him." A three time finalist for Romance Writers of America's prestigious RITA award, JK took home the first RITA trophy awarded in the category of erotic romance in 2014 for her novel, Claim Me (book 2 in her Stark Trilogy). Her books have sold well over a million copies and are published in over twenty countries. In her previous career as an attorney, JK worked as a clerk on the Fifth Circuit of Appeals, and practiced primarily civil, entertainment and First Amendment litigation in Los Angeles and Irvine, California, as well as in Austin, Texas. She currently lives in Central Texas, with her husband, two daughters, and two rather spastic cats.