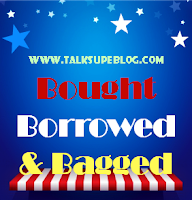 I hope y'all have had a great two weeks! We're in the final stretch of the marching band season, so it's busy here. But the State competition is this Monday, so after that it's all over. Oh, and we had SNOW this week! Yay!

I one-clicked Slow Ride after reading a review of Wild Ride, #4 in the Playing for Keeps series, over at Herding Cats & Burning Soup. It was only 99 cents. Thanks, Anna! ;) I grabbed Relentless because it was a *freebie*. And don't you just love it when you turn on your kindle and a new book has arrived...especially one that you'd forgotten you pre-ordered? Yep, me too! And that's what happened with Blue Blooded. I can't wait to read it. 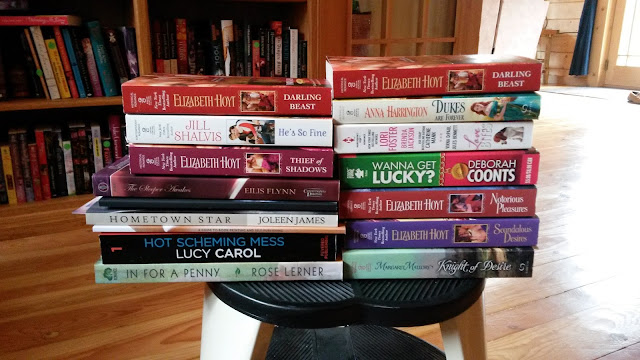 This is my haul from Emerald City Writer's Conference. Notice there are TWO copies of Darling Beast. I'll be doing a giveaway soon... :D