Okay, y'all know I'm participating in the Mythology Reading Challenge this year - where I plan to read 1-2 mythology-themed books per month. So I thought this month, I'd let y'all choose which book I read!

Here are the choices:

The Hematoi descend from the unions of gods and mortals, and the children of two Hematoi pure bloods have godlike powers. Children of Hematoi and mortals -- well, not so much. Half-bloods only have two options: become trained Sentinels who hunt and kill daimons or become servants in the homes of the pures. Seventeen-year-old Alexandria would rather risk her life fighting than waste it scrubbing toilets, but she may end up slumming it anyway. There are several rules that students at the Covenant must follow. Alex has problems with them all, but especially rule #1: Relationships between pures and halfs are forbidden. Unfortunately, she's crushing hard on the totally hot pure-blood Aiden. But falling for Aiden isn't her biggest problem--staying alive long enough to graduate the Covenant and become a Sentinel is. If she fails in her duty, she faces a future worse than death or slavery: being turned into a daimon, and being hunted by Aiden. And that would kind of suck.

It happens at the start of every November: the Scorpio Races. Riders attempt to keep hold of their water horses long enough to make it to the finish line. Some riders live. Others die.

At age nineteen, Sean Kendrick is the returning champion. He is a young man of few words, and if he has any fears, he keeps them buried deep, where no one else can see them.

Puck Connolly is different. She never meant to ride in the Scorpio Races. But fate hasn't given her much of a chance. So she enters the competition - the first girl ever to do so. She is in no way prepared for what is going to happen. 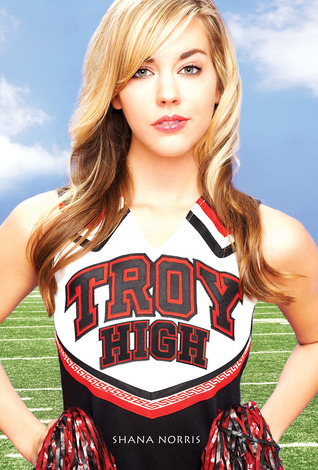 Homer's Iliad, the classic tale of love and revenge, is shrewdly retold for teens in Troy High.

Narrated by Cassie, a shy outsider who fears that an epic high school rivalry is about to go up in flames, the story follows the Trojans and Spartans as they declare war on the football field. After the beautiful Elena - who used to be the captain of the Spartan cheerleaders - transfers to Try High and falls madly in love with Cassie's brother Perry, the Spartans vow that the annual homecoming game will never be forgotten.

The Trojans and Spartans pull wicked pranks on each other as homecoming approaches. And the Spartans' wildcard football star, Ackley, promises to take down the Trojans' offensive line. But the stakes are raised when Cassie is forced to choose between the boy she loves (a Spartan) and loyalty to her family and school. Troy High will seduce readers with its incendiary cast of mythic proportions.