Welcome to my stop on the blog tour for William Leverne Smith's Christmas at the Homeplace. My stop includes all the details on the book, a trailer, and a guest post.

I reviewed Murder by the Homplace earlier this year. You can read that review here. :) 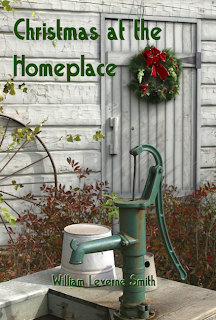 Synopsis
Will they all be home for Christmas? For the first time since their father died, Karen (Bevins) Winslow is expecting all her children in Oak Springs for Christmas 1996. This Christmas of homecomings offers some surprises as "The Homeplace Saga" continues. Will Staff Sergeant Travis Inman arrive home from Bosnia in time to see his baby daughter for the first time at Christmas? Will a life-long friend of the Winslow family move to Oak Springs permanently? Does Peter have a son? The boy's mother insists he does. How would this change the inter-generational dynamics in the family businesses in the Oak Creek valley of the southern Missouri Ozarks? Learn more by reading this latest addition to this continuing family saga.

**Guest Post**
Family Secrets – Do you want to know, or not?

Some family secrets are easier to keep than others… do you agree? Of course, you might ask, is it a secret anymore, when others know about it? I hope you’ll use the comments here, or on Facebook, to share with each of us how you feel about family secrets. It can be a
fascinating discussion, quite frankly!

It may be a little different in families who only exist in fiction, especially historical fiction…or is it? As an author, this is a serious question. The secret may be the juiciest part of the story, but if you talk about it, is it still the best part?

Kevin Winslow was the youngest son of the late Jason Winslow, and his wife, our Karen (Bevins) Winslow. He had stayed in Tucson when Karen and Jason moved “back” to Missouri in 1987, in the first novel. Kevin was finishing high school and went on to attend
the University of Arizona, recently (by 1996) having completed his doctorate in Optical Sciences and now worked in a University Research Laboratory. He had missed recent visits to see his mother when his siblings had been there, so he is the prime target of his mother as this Christmas approached. The “secret” that he has yet to share with his mother is not directly related to his job. Is a new relationship not yet shared with a parent a “family secret?” Of course it is. How will this “secret” play out in our story?

If something is “knowable” for ten years, but you don’t know about it, is that a secret? Of course it is. If that something is an important family relationship, it is a “family secret.” Correct? Well, this is the situation Peter Bevins faced when an Oregon lawyer arrived at his
door in October of 1996. Peter is like me, in this one respect. He does not like secrets! He is very skeptical of what he is being told. He is told he has a ten-year-old son. How would you react? He knows he was in the vicinity, but could it really be true? See how this key “family secret” adds to our “Christmas at the Homeplace” story this year.

As a reminder, if it need be told, this story is one more in the continuing “The Homeplace Saga” – so all of the family secrets are not shared in any one novel or short story, of course. I hope you enjoy following along with our stories on the blog and the wiki as well as the novels and novellas. Oh, you still remember the “three family secrets” I mentioned above? Perhaps there were actually four… What did that “video will” really say? What happened to Donnie (and Sheila and Melanie, for that matter)? Why did Peter so suddenly leave Missouri for Oregon just as he was graduating the university, and his father suddenly died? What really happened
between Doug Johnson and Peter (and Lisa)? Parts of each of these “secrets” play out in each of the fours novels, to date. Read them each to learn these “family secrets.” They are easy and fun reads, by the way. Note the reviews that have been published.

As is inevitably the case, when some of our characters start looking into their family histories, they find surprising elements. And, they also find “family secrets.” Our current story includes some “set-ups” for the revelation of the some additional “family secrets” as the stories continue. So, while the stories we share in this novel can be read and enjoyed entirely as a “stand-alone” story, for sure, there are some of those “hidden clues” that become apparent, later, to readers of the ongoing family saga. I hope you enjoy each of them.

I love feedback on any of my writing, and especially here. Please leave your comments here, on my blogs, on Facebook or in email messages to me. I’m available to receive them and look forward to them. 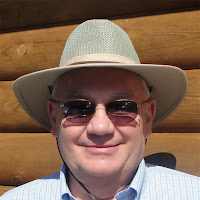 William Leverne Smith was born and raised on a Midwestern farm. A passion for family history and genealogy studies provides background for his writing.
He and his wife live in a cabin in the Missouri Ozarks.


The Homeplace Blog ~ Facebook ~ Blog
Posted by Bookworm Brandee at 12:30 AM