Welcome to my stop on the blog tour for Erin Hayes' Death is but a Dream. My stop includes all you need to know about the book, my review, and a giveaway.

This tour is presented by Xpresso Book Tours. If you'd like to check out the other stops on the tour, you can see the schedule by clicking here. 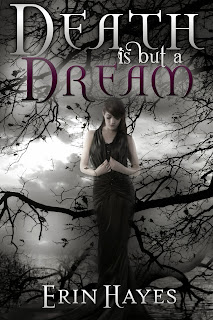 Caught between life and death, all Callie wants is to live again.

Homicide detective Callie Saunders knows that death isn’t all pearly gates and angels. After being hit by a bus, she finds that it's the ancient gods and goddesses of Greek mythology who are in charge of everything.

So when Hades offers her a deal, she accepts. If she wants to be brought back to life, she’ll have to figure out who is trying to kill his son. But if she fails, both her soul and the world will be destroyed.

With the odds mounting against her, it’ll take everything she has within her to wake up from death. But the rules are constantly changing. And someone wants her to stay dead

Wow! Death is but a Dream ended up being quite an incredible read. It had a bit of a rocky start but once Ms. Hayes hit her stride, I couldn't have put this down if I wanted to.

Callie is a young homicide detective who's very dedicated to her job. She works crazy hours, trying to save as many people as she can - all in an attempt to make up for being unable to save her dad. She mistakenly ends up in the Underworld, and you know what that means. To get back to the land of the living, Hades makes her an offer she can't refuse.

Plutus is the God of Wealth. Being the son of Hades and Persephone, you'd think he'd have the world on a string. But Plutus is blind and he walks with a limp. Even though Zeus made him this way, he's persecuted and an outcast among the gods. He's understandably bitter. Then Callie is brought to the Underworld to try to solve the mystery of who is trying to kill him. And his world tips on its axis.

I have to say that Death is but a Dream had a bumpy beginning for me. I had trouble identifying with Callie at first. She came off as tough-as-nails, obsessively dedicated to her job, and I didn't understand her. But as the story progresses, she softens and, I think, reveals her true self. I think she had created a touch exterior in order to protect herself from being hurt. Also, when Callie first arrived in the Underworld, I felt the story didn't flow evenly. And I would have enjoyed witnessing the more of the interactions between Callie and Plutus. The scenes were glossed over and I felt if we'd seen them, their feelings would have felt more genuine earlier. BUT, once some of the secrets were revealed, the tension ratcheted up and the action had me flipping through the pages. I delighted in being privy to Callie and Plutus' time together once they end up on the Surface. Running for their lives, looking for a prophet for help, and meeting some nasty creatures was an adrenaline-pumping experience.

Death is but a Dream is filled with Greek gods, lesser gods, demigods and all sorts of vividly described mythological creatures. Ms. Hayes admits to using creative license with Greek mythology but I adore the story she's created around Hades and Persephone. She also says the t.v. programs Hercules and Xena influenced the story. Any references to the t.v. programs were lost on me, as I never watched them. But she's spun quite a yarn. She combines several different elements - mythology, of course, along with mystery, police procedural, and fantasy. I felt like she was even offered commentary on greed and vanity. I thrilled at meeting her imaginings of Greek gods I was familiar with as well as those that were new to me. (she even poked fun at not knowing certain figures - as they showed offense when Callie was ignorant of their identity) The inner workings of the hierarchy among the gods was creative as well.

Overall, despite it's rocky start, and wanting to have seen more of the interactions between Callie and Plutus, this ended up being a fantastic read! 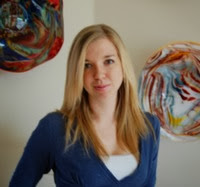 Sci-fi junkie, video game nerd, and wannabe manga artist Erin Hayes writes a lot of things. Sometimes she writes books, like the fantasy mystery Death is but a Dream and the sci-fi middle grade book Jacob Smith is Incredibly Average. You can reach her at tiptoegirl87@gmail.com and she’ll be happy to chat. Especially if you want to debate Star Wars.