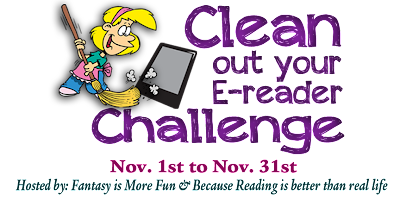 Yep, I'm marking another off my challenge list. :) And this one is a special treat as I'm doing a blogger 'duel' review with my friend, Lectus. And we're talking about Stephanie Parent's Forty Nights.

Forty Nights by Stephanie Parent
Neima's Ark #2
Release Date: October 9, 2013
Click on the cover for the synopsis and to add to Goodreads

**I received an ecopy from the author in exchange for an honest review. However, I also purchased my own copy! :)

BB: What did you think overall?

L: I continue to love the story. You know how sometimes you read a book and then the next one is not so great? Well, this one kept the same rhythm of the first.

I didn't expect it to be like that. I wanted to read what the world looked like after everything was destroyed. Didn't anyone else really survive? :-)

I mention this below, but I liked Jorin's explanation for this...

What did you think of the changes the characters underwent? i.e. Neima's parents going against Noah...

Neima was a strong character from the beginning, It was only natural that she would "speak up" (even if a little) for Jorin. Isn't is interesting how we lose decorum in the name of love? The character that had a big transformation was Japheth; I didn't see that one coming.

Yeah, I cheered for Japheth. It was a remarkable change. And in answer to you remark about losing decorum in the name of love...do you think that's why Neima's parents did what they did in the end? For their love of her?

Who's your favorite character? Animal?

I liked Shai because I think that something can be done with her (as in writing another story) and I liked the dove. The elephants should be fun but way too smelly!

Shai is a good choice. :) I think I liked Neima most - because I admire her strength. I loved the elephants best - they were essentially supporting characters. But I like Aliya the dove, too.

I didn't like Ham so much. He wasn't a likable character. I thought it was interesting to think about how righteous Noah's family supposedly was and yet, Ham (and his son, Kenaan) displayed several traits that could be considered 'sinful'. He was clearly envious of Shem. And Kenaan - well, he was just wicked. And he displayed sloth and vanity. Sorry, didn't mean to go off topic...Ham was like a sheep. He was envious of Shem's position in the family, and whatever advantages he felt came along with that position, and therefore blindly went along with whatever Noah said...he didn't think for himself.

What did you make of God not speaking to Noah any more?

I figured God was busy...making the rain and all. :) But it was curious...I can't imagine how lost Noah would feel if God had been talking to him all along and then, suddenly, nothing. However, Noah had done what God has asked of him and it seemed as though the ark was as far as God went in his requests. Noah didn't even know how long the rain would last, did he?

Did you expect the book to end the way it did?

No, I didn't really have any expectation of how the book would end - except that Neima and Jorin would survive. I was happy with the ending, though.

My other (and very important) thoughts:
I really wanted Ham to die! I thought that Parent was going to stick to the 7 souls? the Bible says were saved, with Jorin that would be 8. So I had to kill somebody to make Jorin live!

I don't recall having ever learned about a certain number of souls surviving the flood. BUT, it wouldn't have bothered me for Ham to die. To cut it down to 7, though, lots more would have had to die. Also, I found it curious that Noah was so quick to condemn Jorin once he was discovered and it was Shem who made Noah stop and think. There would have had to be consequences if Noah's knee-jerk reaction was carried through. What did you think of that?

I REALLY, REALLY liked Jorin's answer to Neima when she asked if he thought there were other survivors of the flood. It's so reasonable.

I definitely expected a different ending. I kind of suspected the story was going to end when Noah opened the doors of the Ark. In a way Parent did and didn't do that :-)

I liked the ending - mostly because I liked how some of Noah's family (Shem & his wife) changed over their time on the ark. Neima was always headstrong but her parents had kinda always gone along with what Noah wanted because it was custom. It seemed the ark had changed them enough to shrug off some of those customs. I was proud of Japheth for this, too.

I could smell the odor of the Ark! As I was reading I kept getting this smell of manure.... hmmm, next time I'll make sure all windows are closed.

LOL One of my favorite things about Ms. Parent's writing is her ability to make me feel as though I'm there. I, also, could smell every awful smell, hear the animals' noises and those of the ark, too. I could feel the tension of all of them too. Can you imagine what it was like for some of those animals? To be cooped up and then deal with the movement of the ark?

The story reminded me of Infinity in the Palm of Her Hand http://www.amazon.com/Infinity-Palm-Her-Hand-Novel-ebook/dp/B001UFP6GW/ref=sr_1_1?ie=UTF8&qid=1384369742&sr=8-1&keywords=infinity+in+the+palm+of+her+hand
by Gioconda Belli. Have you read it? I was wondering if after coming out of the Ark they were going to have a life kind of Adam and Eve's style :-)

By the way, in case you're wondering, I gave Forty Nights: