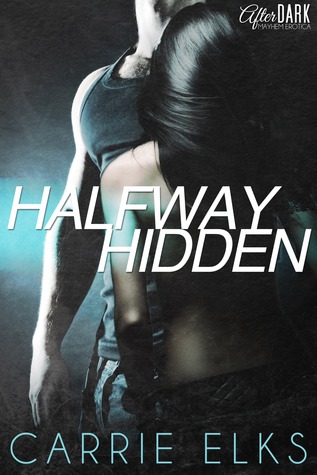 Synopsis:
When fear mixes with desire, who can you trust? Rachel Stone is stuck, contemplating that very question. Spending her time as a bartender in an isolated West Virginia town, she hides behind dark hair and an assumed name. She exists from day to day, trying not to let her past overwhelm her. When a tall stranger walks into the bar at closing time, her attempts at hiding turn to dust. Muscled and intense, he is attractive enough for Rachel to ignore her instincts and listen to her baser desires. As a storm brews in the skies of West Virginia, confusion builds in Rachel’s mind. What begins as flirtation explodes into a darker, more primal passion, leading her to question everything she thought she knew. While snow blankets the outside world, they are forced to remain inside, confronting their demons and the sizzling attraction between them. Submitting to their urges is easy; learning who to trust is anything but. This 30,000 word novella contains references to past abuse and rough, consensual sex.

This is the first installment in Ms. Elks' Halfway Hidden series and it was a good introduction to the characters, the world they inhabit, and Ms. Elks' writing.

Rachel is a young woman hiding a few secrets. She's been living in West Virginia now for about a year. She has a job and people who care for her. She's almost feeling safe. So when a handsome stranger begins frequenting the bar - and flirting with her - she thinks maybe life might be looking up. Murphy, the handsome stranger, is an enigma. He seems willing to flirt and share a little about himself but he's keeping secrets himself. These two have a connection. And it seems more than just physical. But when his true reason for being in town is revealed, it felt like a sucker punch.

Halfway Hidden  is well-written and evenly paced. I liked the way in which Ms. Elks laid out Rachel's story for us. Rachel is a strong young woman. She's experienced horrible trauma, but she's a survivor. I really enjoyed the interactions between Rachel and Murphy. Once Murphy learns of Rachel's ordeal, his protective instincts kicked in. I liked that Ms. Elks made us aware of some of his backstory so that his actions were more genuine. And the sex scenes - well, let's just say Rachel and Murphy were definitely keeping one another warm during that snow storm! They both seemed to enjoy a little kink but it's relatively mild. The sexual chemistry between them though, was not! Although there was some suspense in figuring out Murphy's motives, the suspense is really just building towards the end of the book. I'm anxious to see what comes next for Rachel and Murphy.

Ms. Elks has written a compelling beginning to a series. I was drawn into Rachel's story - wanted to know more. The ending isn't a cliffhanger - but it did its job. It left me wanting to know where Rachel and Murphy will go from here. 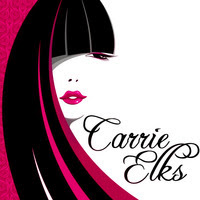 Carrie Elks lives near London, England and loves to write sexy stories with a dash of intrigue. At the age of twenty-one she left college with a political science degree, a healthy overdraft and a soon-to-be husband. She loves to travel and meet new people, and has lived in the USA and Switzerland as well as the UK.

Nowadays, she spends her days sorting out people’s problems at work and her evenings glued to a computer keyboard. An avid social networker, she tries to limit her Facebook and twitter time to stolen moments between writing chapters.

When she isn’t reading or writing, she can usually be found baking, drinking wine or working out how to combine the two.