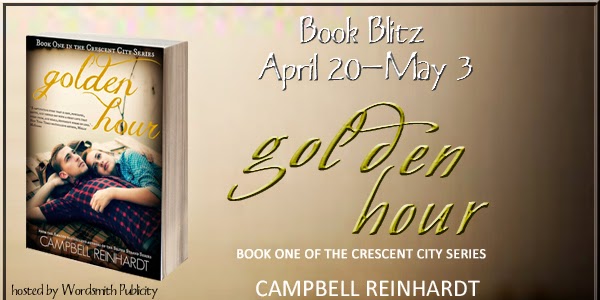 
Synopsis
In the medical field, the precious moments following a traumatic event in which you have the best chance of saving a life are known as the golden hour. But being there during the golden hour doesn't mean you'll be able to save the one you love...

New Orleans native and ER nurse, Elise Dupuis knows that fact all too well. There was nothing she could do to save her fiancé, New Orleans police officer Mike Bazanac, when he was brought into her hospital with two fatal bullet wounds.

Now everyone walks around on eggshells when she comes into the room—except her brother Charlie. As Mike's partner, he bears a guilt that's spiraled him into dark pain. Charlie is lashing out, Elise is turning in, and life seems to be falling apart around them.

Caleb Warren knows what it feels like to always be on the losing end of things. A few criminal turns in his youth landed him two crap choices: mandatory service in the armed forces or jail. He chooses to enlist, and just when he finds a commander who has a little faith in him, their truck hits an IED. Caleb's training as a medic isn't enough to save the one person who's ever given a damn about him.

Now back in New Orleans as an EMT, Caleb is bound and determined to drown himself in booze and regrets. But he crosses paths with nurse Elise Dupuis and finds a woman whose passion and courage gets under his skin in a way that wakes him up and makes him want to live again.

Unfortunately, Charlie doesn't think the new EMT is good enough for his sister, and he’ll step outside the lines of the law to prove it to Elise.

Caleb has to figure out what's worth fighting for…and how far he's willing to go for the woman he loves. 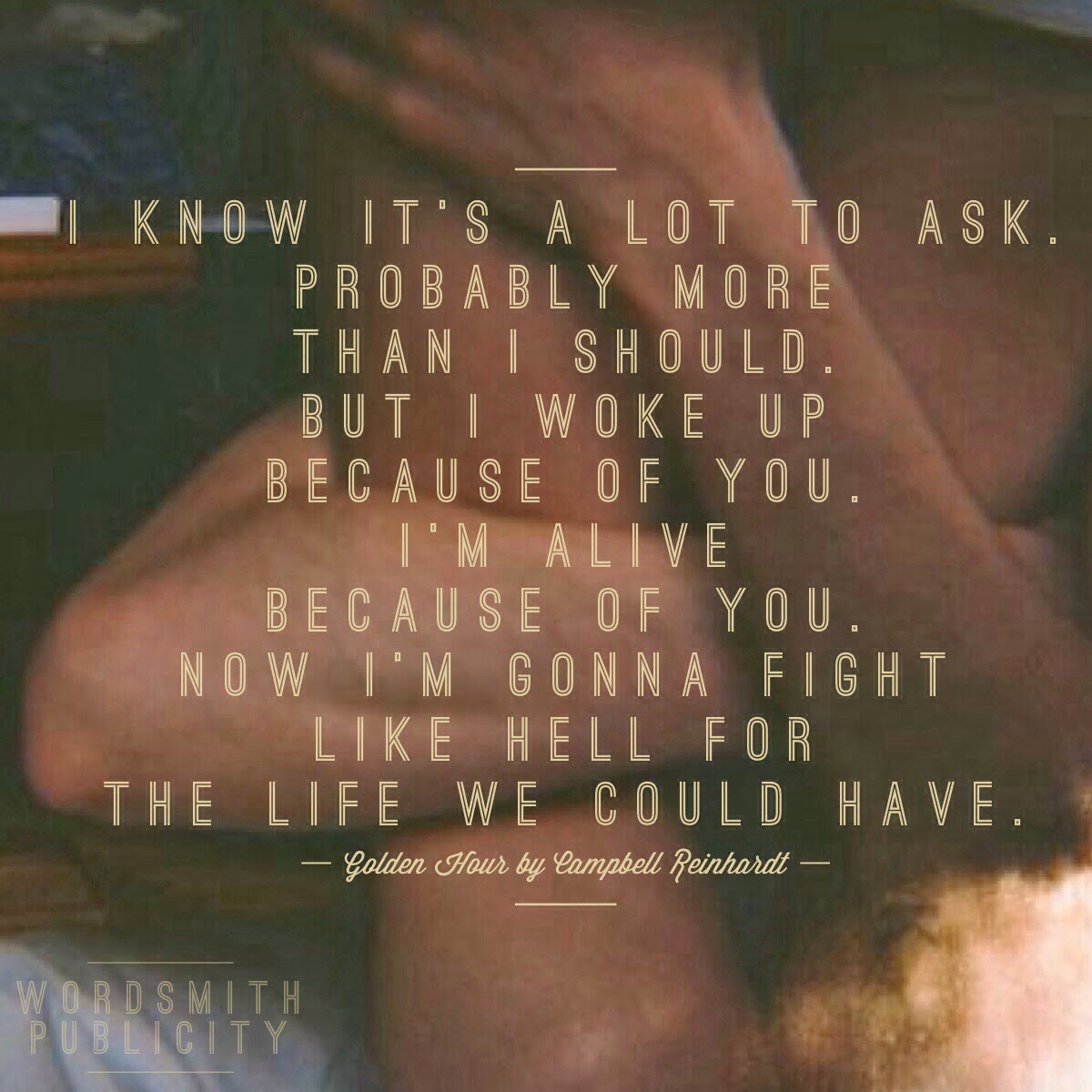 This word means so much in its literal and figurative sense. Because
this is a story about the medical field, the heart as an organ is
something every character is very attuned to. But, even though
Caleb and Elise are young and physically sound, overcoming
extreme heartbreak is what makes them strong and attracts them
to each other. And the healing of their hearts--through their love for
one another--is the most gorgeous aspect of Golden Hour.

Golden Hour takes place in the muggy, sweaty rise of a New Orleans summer. You can feel the heat beating down on the characters in so many scenes. More than that, Caleb and Elise feel a blistering sexual heat for one another. It’s this chemistry that drives them into each other’s arms when they’re so sure they’re not right for each other. And that heat only gets fanned the longer they’re around each other.

Strong bonds, intrigue, complications, abandonment, blood
family, family by marriage, family by love...Golden Hour lets all
the intricacies, ugliness, and heartbreaking beauty of family wind
together and play out.

Caleb and Elise face death and pain on a daily basis…and their job
is to fix it. Stop it. Make it better. They do an amazing job at that
because they’re hardwired to be strong and compassionate. That
strength is ultimately what drives them together. They find in one
another a person they can be vulnerable with after a long day of
carrying the weight of the world on their shoulders.

More than anything else, Golden Hour is a story about hope. Hope
after devastating loss, hope when you’re positive there’s absolutely
nothing left to hope for, hope that frees you from everything you’re
too afraid to face head on. Caleb and Elise find love and transform
their lives because of hope, and it’s what we most hope readers will
take away from this book.

Liz grew up on the East Coast, and Steph on the West Coast-and somehow they both ended up making their homes with their husbands and children in small, Southern towns. They've been co-writing since 2012 after they each read a book written by the other and contacted each other to gush.

Liz loves Raisinettes, even if they aren't really candy, the Oxford comma, movies that are hilarious or feature Zombies, any and all books, but especially romance (the smarter and hotter, the better), the sound of her daughter's incessantly wise and entertaining chatter, and watching her husband work on cars in the driveway.

Steph has one husband, four children, and a serious nail polish obsession. When she isn't reading, writing or wiping someone's nose, you can usually find her baking something.

Stand Alone:
A TOAST TO THE GOOD TIMES