I'm very excited to share the cover of The Devil's Contract by Claire Contreras! 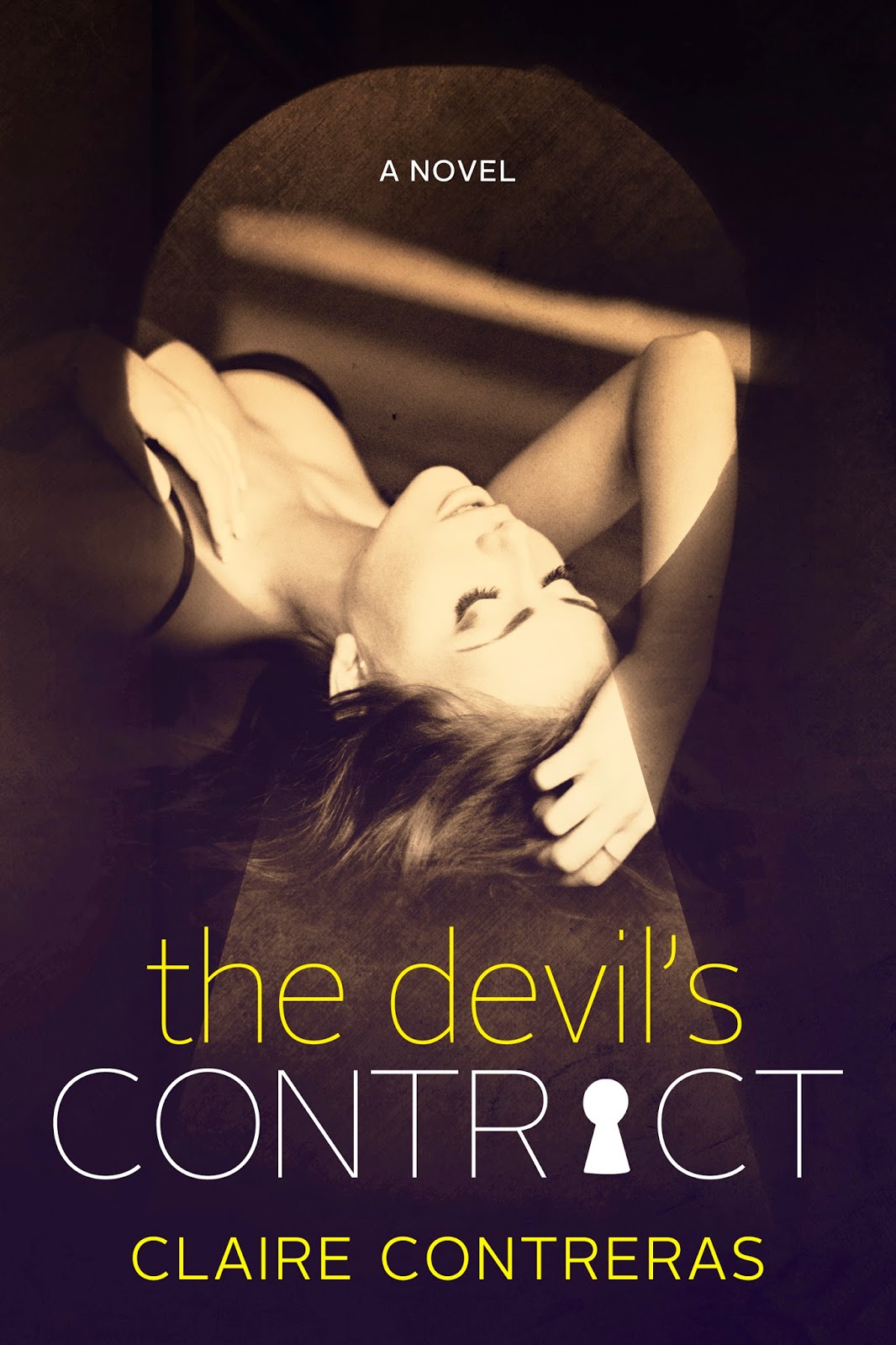 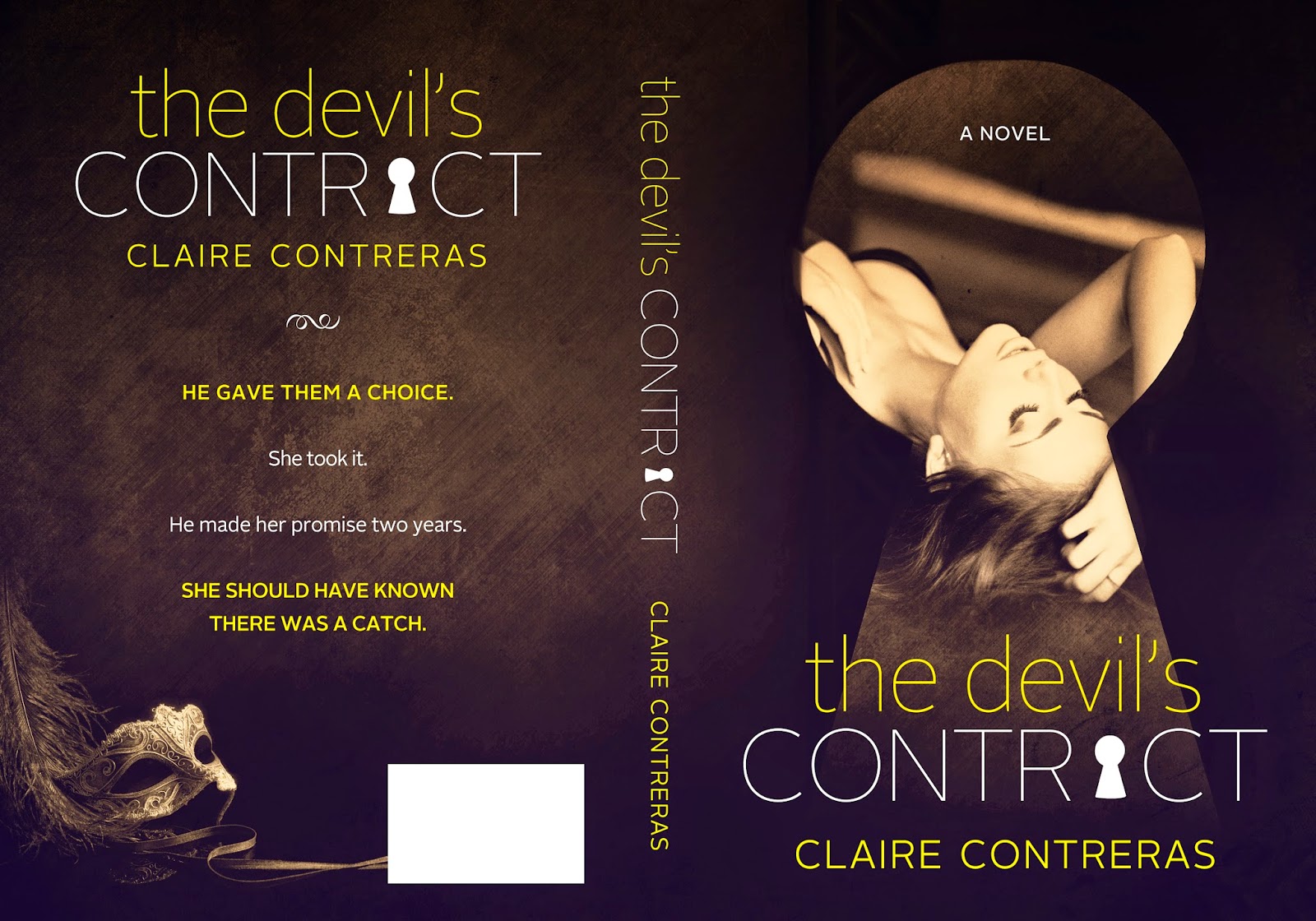 He gave them a choice.


He made her promise two years.

She should have known there was a catch.

As Amara stepped out of the car, a shiver ran through her. She felt eyes on her, and looked around quickly as she held on to Colin’s hand a little harder.

“You okay?” he asked, looking down. He placed one hand on the small of her back as he held her other one.

The neighborhood his apartment building was in was definitely safe, but in that moment she felt anything but.

“You’re overworking yourself. I don’t understand why you won’t let me—”

Colin went on about that, as he usually did, but Amara was too distracted to argue with him. Her eyes wandered to the building beside them, where she saw a group of people in dress clothes getting into a limousine, and that’s when she saw him. Philip. Amara’s heart lurched to her throat so quickly, she thought she was
going to faint. She saw him around all the time, and he was always watching, always waiting. Amara always wondered when the day would come, but Philip never gave anything away. He just watched.

Philip was dressed in a tuxedo, standing beside a woman in a red dress. They were looking at Amara, scrutinizing her as they exchanged words. Philip had a glass cup in his hand, which he raised as if to salute her.

Amara felt her knees giving out beneath her.

“Sweetheart, you’re scaring me,” Colin said. He stopped walking and faced her, holding both of her arms. Amara was still looking in Philip’s direction, and Colin’s eyes followed. He gave Philip a small wave, he’d met him a couple of times in parties and saw him around the neighborhood often.


“Is everything all right?” Colin asked, his voice full of concern.

Claire Contreras graduated with her BA in Psychology from Florida International University. She was born in the Dominican Republic and raised in Miami, Fl, where she currently resides with her husband, two boys, and two American Bulldogs.

Life is short, and it’s more bitter than sweet, so she tries to smile as often as her face allows. She enjoys stories with happy endings, because life is full of way too many unhappy ones.