Welcome to my stop on the blog tour for Diane Rinella's Scary Modsters World Improvement Project. Diane wanted to do something a little different with the blog tour...something to promote making the world a better place. I have a guest post from her about a foundation that's working towards that. I have an excerpt from the book as well as a giveaway. The giveaway is special too. Diane is donating her promotion budget to The Autism Society of America. Check it out!

In Scary Modsters… and Creepy Freaks, rock star Peter Lane closes eyes in 1968 and reopens them in 2014. He expects to see positive changes. Instead, he sees the world in even more turmoil than when he left it. Peter’s discoveries changed me, and I can no longer turn a blind eye to the world’s problems for they are my problems too. This week I have asked authors and bloggers to post about ways to improve the world, whether it is about a charity that needs attention, how a smile can turn a mood around, or how we can all help save the planet.

I’d like to thank Brandee for allowing me to guest post today. I’d also like to thank you for taking time to read this. I hope you will find inspiration.

Oh, and about the giveaway. There is a second donation to be made, if you help me. I’ve decided to donate my promo budget to charity. For every 500 entries I will donate $5 to The Autism Society Of
America. There is a cap on this donation of $20, which is the amount I had set aside for promotion on social media. So please enter and make me spend my money!

One Man’s Quest for Change
by Diane Rinella

Recently, I noticed a non-profit organization that strives for world improvement has just less than 345 thousand followers on Facebook. In some ways that seems like a lot for a small foundation. After all, we are not talking about UNICEF, we are talking about one man’s vision turned into a non-profit. Then I noticed that the man who created said foundation has over eleven million followers on his personal page. (Have you figured out that I am talking about The Vampire Diaries star Ian Somerhalder?) It seems wrong that the man (who won’t live past this century) has thirty-two times the amount of followers as his ground-breaking foundation (which is trying to save our planet and all of its inhabitants from destruction.)

If you follow Ian and don’t directly follow his foundation, you are missing out on some wonderful stuff. If you have no clue what I am talking about or have no idea who Ian is, please read on anyway,
because I’d like to tell you about some amazing things.

The ISF focuses on all of us, the planet and every living creature, as being one organism that needs to work together to save each other. Whether that means putting an end to global warming or sparing
abandoned animals from never leaving a kill-shelter, everything is interconnected. No single action is too small, yet it can never be big enough. We (humans, animals, and the planet itself) need to act as a team.

Now let’s get to something very specific. The ISF recently began a program that tugs at my heartstrings. Per their website: “The ISF Emergency Medical Care Grant for Animals provides financial assistance to animal welfare organizations, agencies, and in some cases individual rescuers, responsible for the care of animals recovering from abuse, neglect or injuries suffered from a traumatic event. The purpose of this grant is to provide animal victims a second chance by alleviating their rescuers of the financial stress of treatment so they can focus on facilitating the animal's adoption into a permanent, loving home.”

Seriously, how cool is that? These grants go up to $2500. In a nutshell, “Grant funds may be used to cover only medical procedures for animals who are in need of urgent medical care or who have been victims of abuse or neglect and require medical treatment before being placed for adoption.”

This is just one of the many things the ISF does on a daily basis to improve the world. Not only do this program and the ISF, in general, need financial donations, they also need your help in spreading the word or by getting involved. For more information, please check out their website at: http://www.isfoundation.com/welcome and like the foundation on Facebook at: https://www.facebook.com/ISFoundation 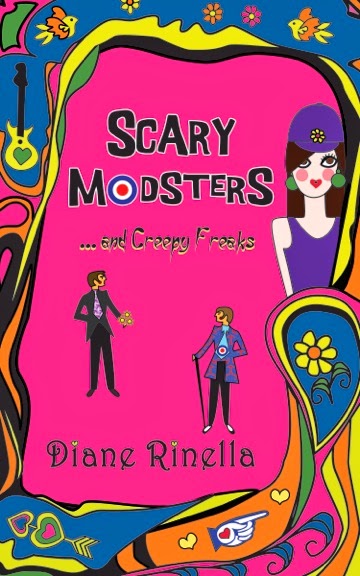 
Synopsis
A fantastical romance involving a girl, the music that fuels her, and her Ouija board.

Rosalyn possesses a sunny personality that is laced with quirks. Although she seeks acceptance in a world where she lives out of time, what she gets is ridiculed for her eclectic wardrobe and unconventional music collection.

One fateful night, Rosalyn bewitches Niles, a stylish man whose offbeat character perfectly complements her own. Unfortunately, he possesses a critical flaw that means relationship suicide for him and pretty much anyone.

While under the influence of insomnia-impaired judgment, Rosalyn summons Rock ‘n Roll deity Peter Lane back from the dead. Not only does he spin her hormones into a frenzy, Peter is also the precarious puzzle piece that brings sense into her world. When Niles learns that he can overcome his life-long challenge by helping Peter avenge his death, how far will he go to secure Rosalyn’s heart?

PETER
May 13, 1966 was a day that most wouldn't give a turnip over. Take a look at this picture. You see that guy? The smarmy, dark-haired young businessman sitting behind that big wood desk? That's Ben Stoddard, or as he likes to call himself, Big Ben. I refer to him as Mr. B.S. He's the one who took me. I mean he took everything—my career, my happiness, the girl I loved, and my life.

Now look to those four young lads sitting across from him—the ones that seem as if they've never had a penny to their names. The ones eager to sign on that dotted line. That handsome devil with the sandy blonde hair and the stupid grin—that's me, Peter Lane; singer, guitarist, huge chump, and idiot extraordinaire. I was on top of the world at that moment. We all were. You know that witticism about how you have to be careful that you don't sign your life away? It's no joke because that's exactly what I was doing.

We had just been given a new car, a swanky apartment, and unlimited credit at all the fancy boutiques on Carnaby Street. You've heard of Carnaby, right? The place where every self-respecting mod paid too much for clothes he couldn't afford even if they had been offered at fair prices. We were told to dress like we owned the world because we soon would. A tour was being planned so we could conquer America just like The Beatles had. All we had to do was sign on that little piece of paper you see on Mr. B.S.'s desk. We signed it in blue ink from a fountain pen—but had we known whom we were dealing with we would have pricked ourselves and used blood.

Two years later I was hovering above my casket, watching people lower my body into a dark, dirt hole, and cringing at how the once beautiful man had become broken, burnt to a crisp, and about to be devoured by worms.

Everyone thought it was an accident.

Then and there I vowed revenge. Plotting it was easy, but finding my way back was another story. 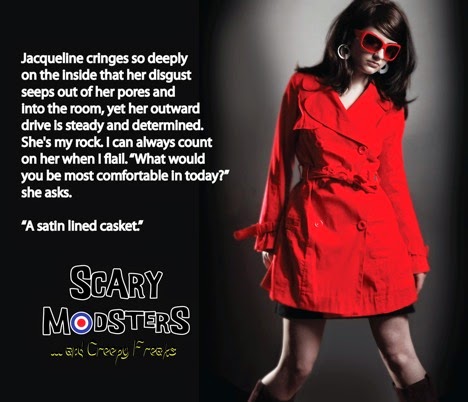 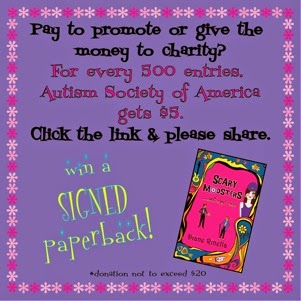 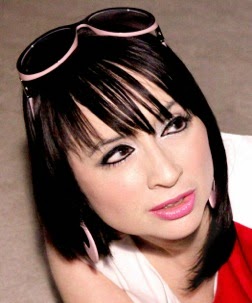 Enjoying San Francisco as a backdrop, the ghosts in Diane’s 150-year old Victorian home augment the chorus in her head. With insomnia as their catalyst, these voices have become multifarious characters that haunt her well into the sun’s crowning hours, refusing to let go until they have manipulated her into succumbing to their whims. Her experiences as an actress, business owner, artisan cake designer, software project manager, Internet radio disc jockey, vintage rock n’ roll journalist/fangirl, and lover of dark and quirky personalities influence her idiosyncratic writing.

Facebook ~ Goodreads ~ Google +
Posted by Bookworm Brandee at 2:00 AM