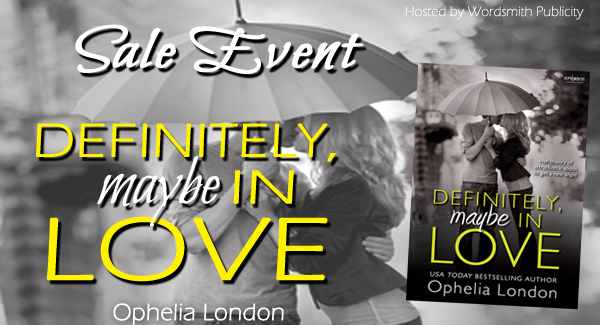 Y'all know I'm a big fan of Pride & Prejudice. When I heard Definitely, Maybe in Love, by Ophelia London, was a modern take on the classic story, of course I had to be a part of it. And right now, it is on sale for only $.99! Grab your copy and spread the word! 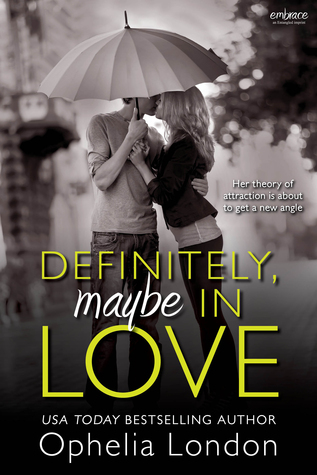 
Synopsis
Her theory of attraction is about to get a new angle...

Spring Honeycutt wants two things: to ace her sustainable living thesis and to save the environment. Both seem hopelessly unobtainable until her college professor suggests that with a new angle, her paper could be published. Spring swears she’ll do whatever it takes to ensure that happens.

“Whatever it takes,” however, means forming a partnership with the very hot, very privileged, very conceited Henry Knightly.

Henry is Spring's only hope at publication, but he's also the über-rich son of a land developer and cash-strapped Spring’s polar opposite. Too bad she can't help being attracted to the way he pushes her buttons, both politically and physically. As they work on her thesis, Spring finds there's more to Henry than his old money and argyle sweaters...but can she drop the loud-and-proud act long enough to let him in? Suddenly, choosing between what she wants and what she needs puts Spring at odds with everything she believes in.

Definitely, Maybe in Love is a modern take on Pride and Prejudice that proves true love is worth risking a little pride.

When he kissed me, there was an explosion of stars behind my eyes. His body shifted, pressing me hard against the wall, leaving me no choice but to grab on to the curves of his elbows. His hands still held my neck, fingers moving over my skin, his thumbs brushing across my cheeks. I could taste the sugar on his lips, the flour and the sweet tang of cranberries, a delicious combination that made my mouth water. Without realizing it, I parted my lips, needing a deeper taste. 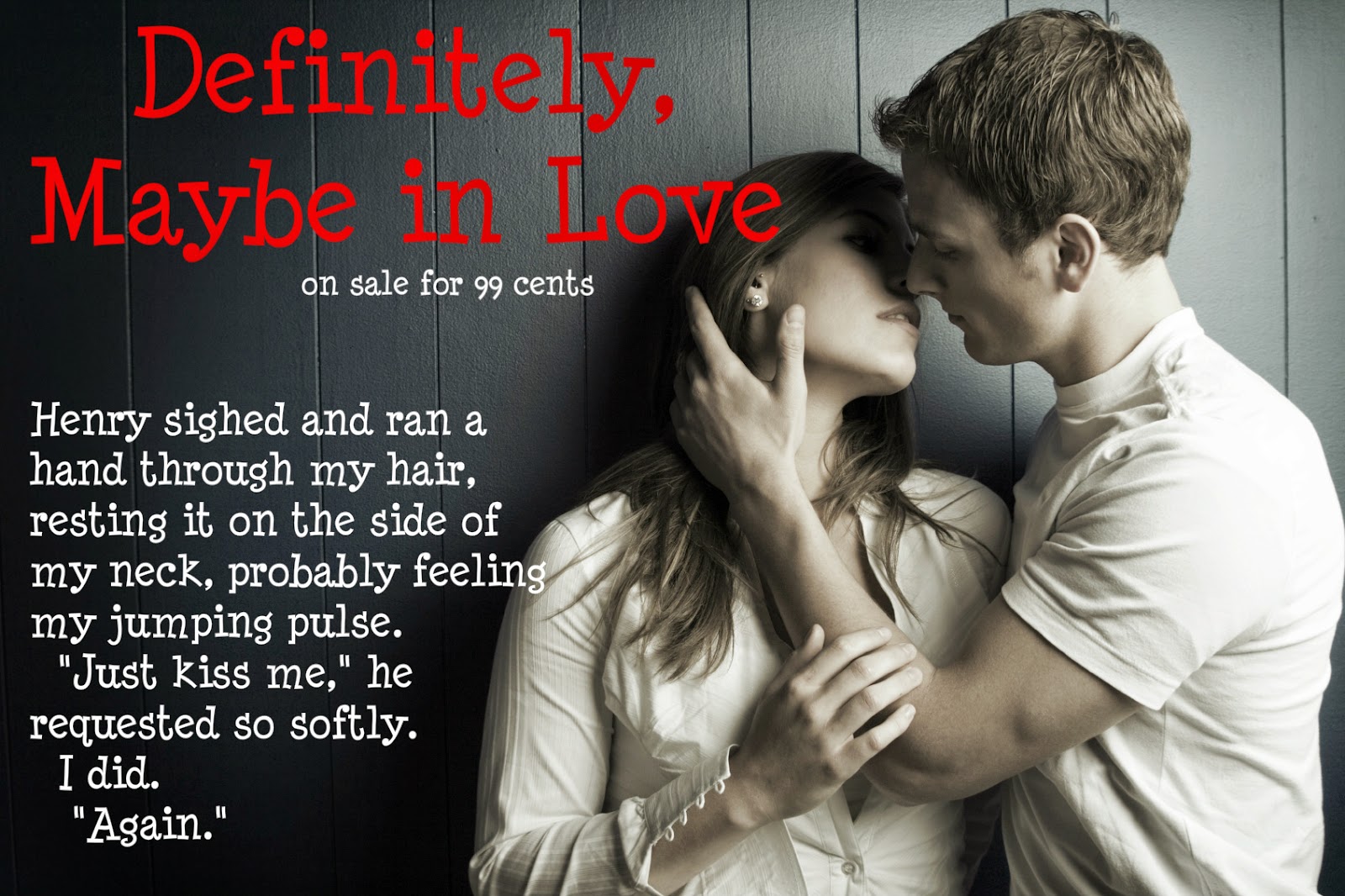 
 USA Today bestselling author Ophelia London was born and raised among the redwood trees in beautiful northern California. Once she was fully educated, she decided to settle in Florida, but her car broke down in Texas and she's lived in Dallas ever since. A cupcake and treadmill aficionado (obviously those things are connected), she spends her time watching arthouse movies and impossibly trashy TV, while living vicariously through the characters in the books she writes. Ophelia is the author of SOMEDAY MAYBE; DEFINITELY, MAYBE IN
LOVE; ABBY ROAD; the Perfect Kisses series including: FALLING FOR HER SOLDIER, PLAYING AT LOVE, SPEAKING OF LOVE, and MAKING WAVES; and the upcoming
Sugar City series for Entangled's Bliss line. Visit her at ophelialondon.com. But don't call when The Vampire Diaries (or Dawson's Creek) is on.