Profile released *TODAY*, y'all! I can't believe we're already 5/6's of the way through this serial. Have you started the Social Media series yet? What are you waiting for?

Oh, FYI, Profile will be *99 cents** until Home, the final installment releases. 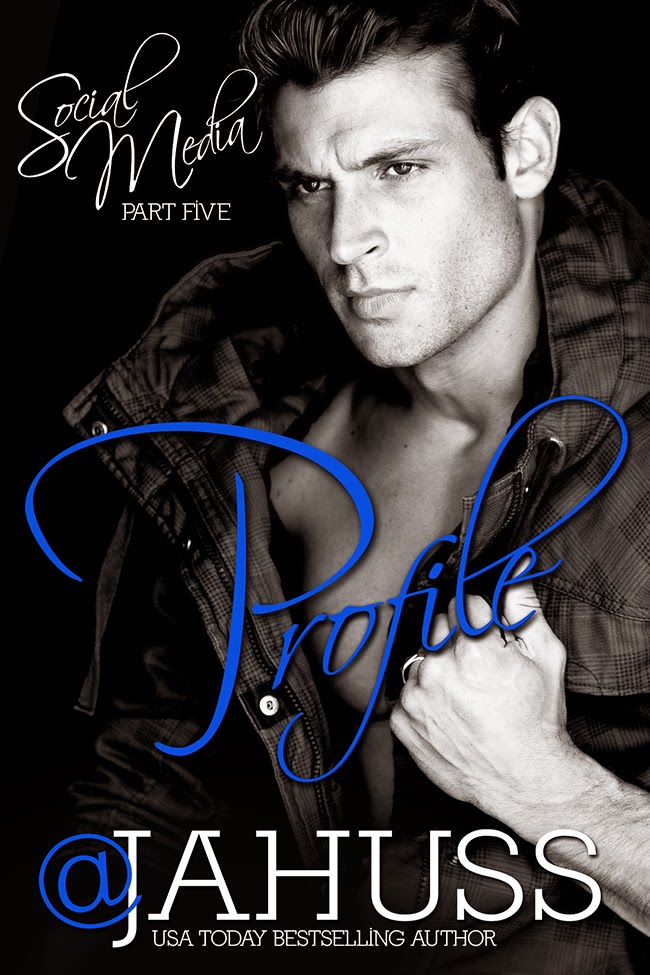 Description:
All the best fairytale princesses have the most horrific pasts. Mine just happens to be more horrific than most.

I reluctantly admit, that girl in the movie is my Grace.

“Vaughn,” Felicity says as she places a gentle hand on my shoulder. “We’re gonna find her. Just write her a nice message in case she has a chance to log in. If he deleted her account, then
maybe she’ll have an opportunity to get to that computer.”

I nod at her and take my attention back to the secret accounts we made. I pull up the pictures we traded. Naked selfies. This makes me smile at the memory. It was only a couple weeks ago, but I feel like she’s been a part of my life for ages. I feel like I’ve known her forever. Like our souls are connected by some ethereal string that was stretched taut from our absence. But the moment our eyes met back in Saint Thomas, we reconnected. We were pulled together by the forces of a long­-lost love.

I feel like I’ve been waiting my whole life for this girl. I feel like she is my soulmate.

My fingers find the keyboard and I try to put that into a tweet. Try to give her hope with a few words and some well­placed hashtags.

Master @mrinvsman
There’s no possible way I won’t find you. Our hearts are tethered by love & fate. I’m tugging on that string -­ feel me? #OnMyWay #Soulmates

I press send and hold my breath, hoping against hope for a reply. But the minutes tick off and I get nothing. Just nothing. My phone rings and jolts me out of my funk. “Vaughn Asher.”

“Mr. Asher, this is Detective Torrino. We’re suspending the search. Grace Kinsella just called Channel 9 and stated she’s accepted a job in Singapore that was offered to her in Vegas last week in order to get away from you.”

Singapore. “Well, how the hell do you know that was her?”

“She confirmed her social security number, her childhood address, and her bank account number. He best friend Bebe Chambers confirms it was her voice.”

“So? My daughter can get that information. That’s not a confirmation of identity. And maybe she’s being forced to say those things? How about a picture? How about a FaceTime? How about you ask her to log into her other Twitter account and read the message that’s posted there?”

“The case is closed, Mr. Asher. We’re satisfied she left of her own accord.”

“You can’t ask her, Torrino. If she’s being told to say something, then she’s going to deny it. And that wasn’t the job she was offered—”

“We’ve shut down the case, Asher. You can appeal to my boss if you like.”

I’m just about to protest again when the line goes dead.

“They shut down the fucking case. They say she called them and said she’s taking a job in Singapore to get away from me.” 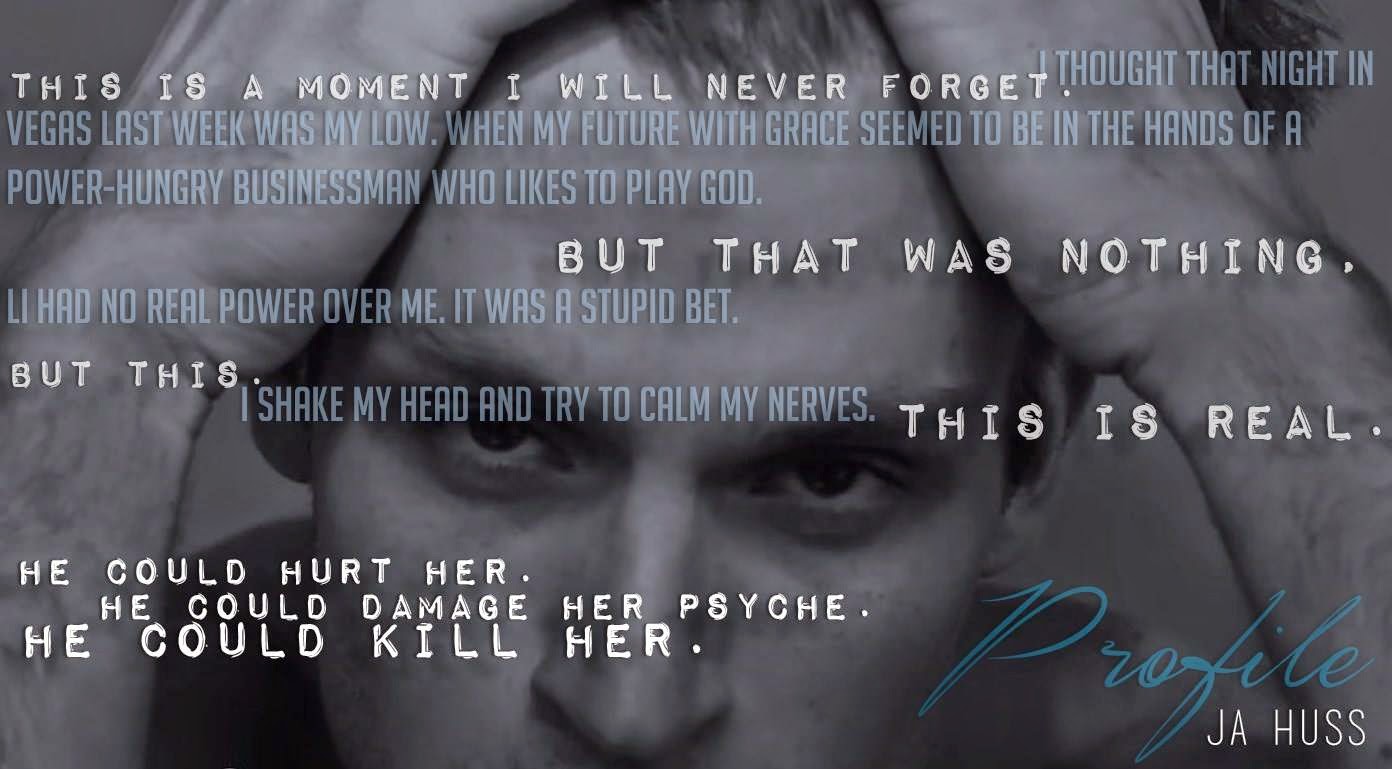 Whoa! Profile was an edge of your seat, adrenaline pumping ride. I felt the same anxiety as Vaughn feeling as the clock was ticking. And the twists - my god, the twists! It seems it's all been leading up to this - but JA isn't done with us yet. Profile is definitely the most thrilling in the series so far.

Grace's past has caught up with her. And it's a race against time to save her. Vaughn is desperate and not getting much help. Grace, though, is not the same girl she was when she was 13. We've seen her strength in earlier installments but in Profile, she proves her mettle. Vaughn, too, proved even more that he's in this for the long haul.

Y'all know I love JA Huss. She is such a talented storyteller. And the suspense/thriller element she weaves into her stories is always...well, thrilling. With this series, she leads you one way. She lets you think you know exactly what's going on. You don't. Well, maybe you can figure out a few things, but nothing is ever exactly how you think it'll be. I'm extremely eager for the last installment - to see how the twists untwist and to see how Grace and Vaughn's fairytale shakes out. 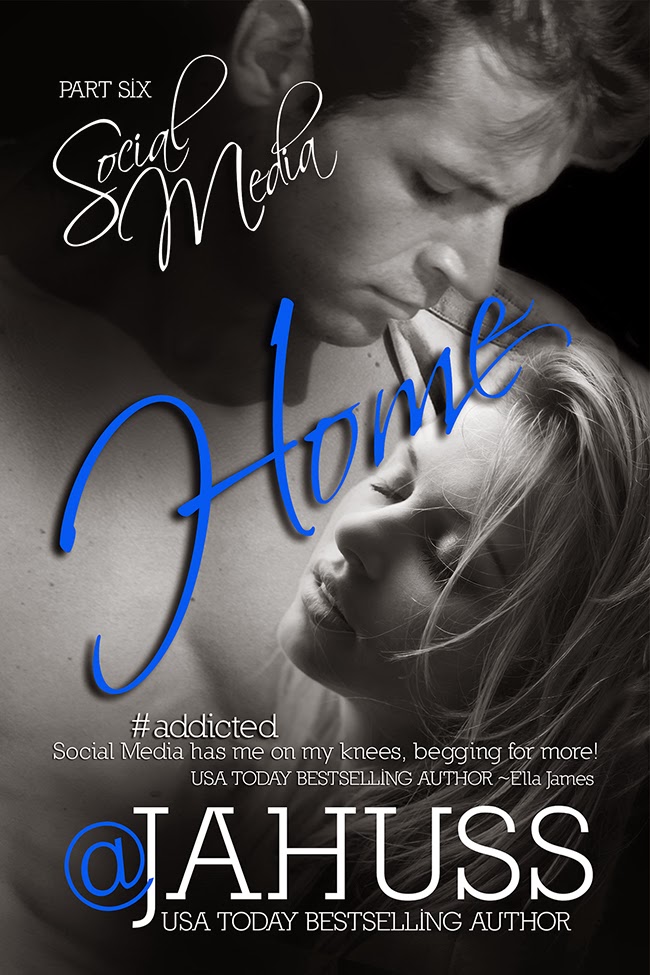 INTRODUCING Home – the FINAL book in the Social Media series.

Description:
I just want my Grace back. I want the girl I found sending me dirty tweets on Saint Thomas. I want the girl who reluctantly gave in to my charms and let me boss her around. I want the girl who sent me to my knees and made me imagine what her fairy tale would look like with me in it. I just want to move on. I want to plan the future and think about kids and preschools and college funds. I want everything she ever wanted, and I want us to make it happen together. But the media needs more from us. More dirt. More pain. More payment for past transgressions.You can’t change the past. And even though Grace is ready to put her demons to bed, mine are just starting to get restless. Because when you’ve silenced as many enemies as I have, you know that secret won’t stay buried forever. 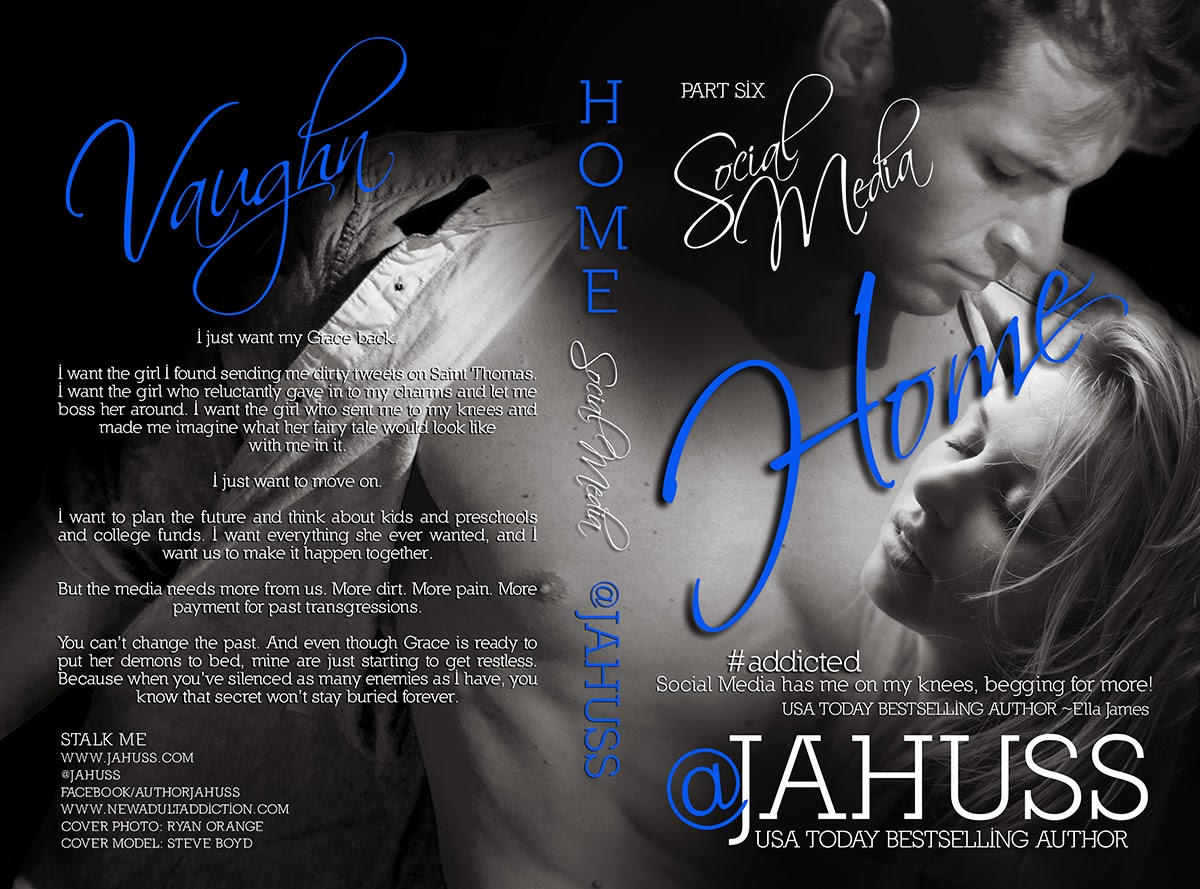 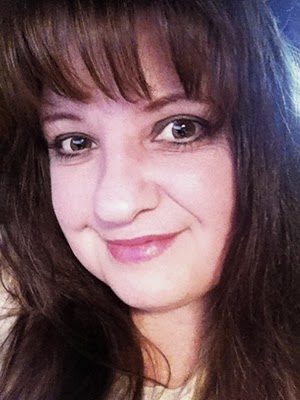 JA Huss is the USA Today best-selling author of the Rook and Ronin series, the epic science fiction I Am Just Junco series, and hundreds of kid-friendly science books in subjects such as biology, physics, anatomy and physiology, astronomy, and forensics. She has an undergraduate degree in equine science and a master's degree in forensic toxicology. She has never taken a creative writing class and she hopes she never will.