Teaser Tuesdays is a weekly bookish meme, hosted by MizB @ A Daily Rhythm. Anyone can play along! Just do the following: 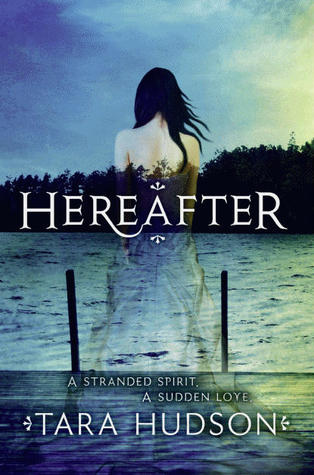 Can there truly be love after death?

Drifting in the dark waters of a mysterious river, the only thing Amelia knows for sure is that she's dead. With no recollection of her past life - or her actual death - she's trapped alone in a nightmarish existence. All of this changes when she tries to rescue a boy, Joshua, from drowning in her river. As a ghost, she can do nothing but will him to live. Yet in an unforgettable moment of connection, she helps him survive.

Amelia and Joshua grow ever closer as they begin to uncover the strange circumstances of her death and the secrets of the dark river that held her captive for so long. But even while they struggle to keep their bond hidden from the living world, a frightening spirit named Eli is doing everything in his power to destroy their newfound happiness and drag Amelia back into the ghost world...forever.

Thrilling and evocative, with moments of pure pleasure, Hereafter is a sensation you won't want to miss.

"You're fated to help me with my task--I knew it from the first moment I saw you." He shrugged again, but this time the movement looked decidedly less casual. "You have to help me, Amelia. Otherwise I'll have no choice but to trap you here and keep you from every going into the living world again..."