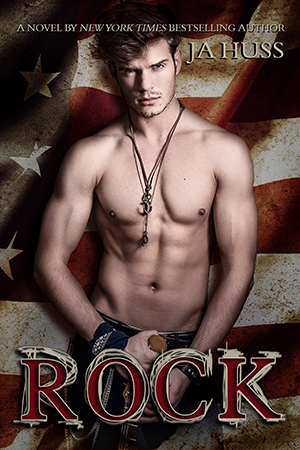 Synopsis
My American Dream just shattered and they think I did it on purpose. They have sentenced me to hell by sending me back to the last place I want to be. They have people watching me twenty-four-seven. They want the truth about how my band mates died, and they're going to get it, no matter what.

I am Rowan Kyle Saber. I am RK. I am Rock. Ex-lead-singer for Son of a Jack. Ex-addict, ex-friend, ex-boyfriend, ex-brother...and presently in denial.

The only thing holding me together is her. But even that might be a lie. 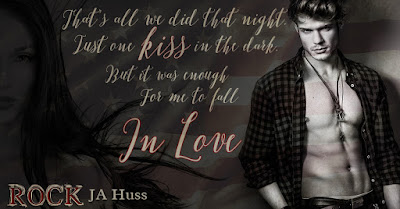 *My review is very vague in order to prevent spoilers.*

After having read every one of Huss' books, you'd think I'd have learned a thing or two. For example, I should ave learned not to even attempt to figure things out - to not create my own theories on the who did the want because in all this time, I've never been right. Rock continued this pattern.

Rock, aka Rowen Kyle Saber, aka RK, finds himself back home in Grand Lake, Colorado, where he grew up and where his nightmares first began. I was just as lost as RK - not knowing exactly how he ended up in his current predicament. And I, like RK, was equally as determined to figure it out - to find the answers he and everyone around him needed in order to move forward, to return to some semblance of a normal life.

In typical Huss form, she inhabited the story with a cast of characters that were fully realized but that made the big picture, if you will, fuzzy. They have you seeing how the impacted RK and who he is, but also make you question. Why did this character say that? Why did that character behave that way? And there's RK himself. I felt for him, I supported him. But why and how did these events happen? Huss tosses in twists, red herrings - she constantly threw me off track, make me question my connection to certain characters, made me second guess myself just as often as RK did. And when all was revealed I had an "Ohh" moment. All was illuminated for RK...and me.

The pace and flow in Rock was spot on. Huss continues to perfect her style and her voice. And Rock is certainly one of my favorites from her so far. I love her suspense and Rock had suspense in spades with all its twisty goodness.