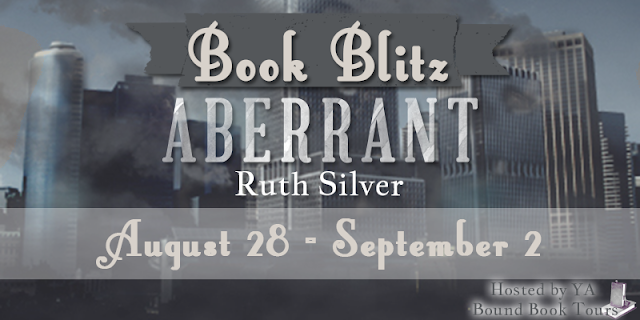 Hey y'all! I'm excited to be a part of the blitz for Ruth Silver's Aberrant. I have all the important details about Aberrant, an excerpt, and a giveaway! 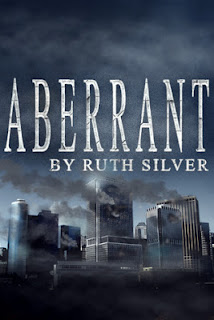 Summary from Goodreads
In the future Dystopian society of Cabal, the government instills equality for all and offers its citizens the perfect system. There is food, shelter and jobs for everyone. The one requirement is to follow the rules without question, including the government's match in marriage and "The Day of the Chosen", a lottery that randomly selects families to conceive children as natural means hasn't existed in generations. Following her eighteenth birthday, Olivia Parker
accepts her requirement to marry her childhood best friend, Joshua Warren, and is eager to start her work assignment and new life when it all comes abruptly to an end as she's arrested and thrown in prison. The only crime committed, her existence. Olivia is unlike the rest of the world born not from "The Day of the Chosen." The truth haunts the government and puts her life in grave danger as one simple fact would destroy the perfect system.

With Joshua's help, Olivia breaks free of prison and is forced on the run. Together they set out to find the promised rebel town in search of a new home and new life together. Their situation seems less than promising as they reach the town of Haven. New rules and customs must be adhered to in order to stay. Leaving would mean most certain death in the large expanse of the Gravelands. Time is running out as the government mounts an attack to destroy Olivia and bury her secret with her. Thrown into a world unlike their own, they must quickly adapt to survive.

Joshua  and  I both headed  out  of  the council hall with  Jacqueline leading  the way. The line  of  young men had barely dwindled.  I avoided  their  stare,  their curiosity  as  they slowly  proceeded forward,  giving  the  attendant  their  name.  I  wondered  how they knew about me and more importantly what they knew. Jacqueline walked a few feet ahead of us, giving us privacy to talk. I silently thanked her for still respecting us and our wishes. She was probably the only one in Haven who liked us. I didn’t know if I should be relieved or angered by  the recent news. I could  feel  the whispers, like tingles against bare skin as we walked further from council hall and rounded the corner. I was grateful to be out of sight from all those curious stares. "I guess we should consider ourselves lucky," I remarked. I didn't feel lucky. I tried to sound upbeat, but everything was quickly falling apart around us.

Joshua scoffed at the idea. "Lucky? I wouldn't go that far," he emphasized. "This is how it  starts. Eventually,  they'll make it  a crime  for  us  to  see  one  another." He  sounded disgusted.

"They  sort  of  already  are,"  I  remarked,  trying  to  understand the  council's decision.  "I  think  they  just  want  to  make  sure I'm protected."  Though  I  didn't  quite understand  how  setting me  up to meet multiple  bachelors was  any  form  of  protection. It seemed as if they only wanted to keep Joshua away from me. The one person I could trust, implicitly.  I  knew  the  rules  were  different  because  I  was  different.  They didn’t seem particularly bothered by Joshua having a girl in his room. It didn’t seem fair.

"Seems  like  they  don't  really  care  what  we  think  at  all," Joshua  retorted as we headed into our building. "Were you okay last night? I worried when Landon escorted you out of the dormitory."

I walked  slowly  up  the  stairs,  Jacqueline  just  a  few  feet  ahead of  us. "Aside from being locked in  a  room with  no windows."  I sighed. "At least they're giving me freedom from the tech center and a real bed. I should be grateful," I mocked. I didn't feel grateful, but I knew his mother at least tried to make it easier for me. As soon as we crested the top stair, I froze in place. The building shook with an alarming intensity as the first drone flew low overhead. The downstairs chandelier swayed and I held onto Joshua's arm and my eyes widened in terror. "What do you think is going on?" I asked watching the movement grow  stronger  as vibrations echoed through the dormitory. A nearby painting affixed to the wall crashed to the floor, the glass breaking. I could feel the ground quake beneath my feet as Joshua grabbed my hand, refusing to let go.

"We're being attacked." It wasn't a question. Together, we jogged briskly down the hall toward our rooms. I didn't know how much time we had. All I knew was the government was here, and they were searching for me! 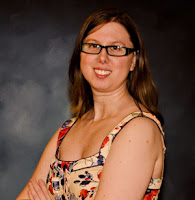 Ruth Silver first began writing poetry as a teenager and reading heaps of fan fiction in her free time. She has written under three unique pseudo names and penned well over a
hundred stories.

She attended Northern Illinois University in 2001 and graduated with a Bachelor's in
Communication. While in college she spent much of her free time writing with friends she met online and penning her first novel, "Deuces are Wild", which she self-published in 2004. Her favorite class was Creative Writing senior year where she often handed in assignments longer than the professor required because she loved to write and always wanted to finish her stories.

Her love of writing, led her on an adventure in 2007 to Melbourne, Australia. Silver enjoys reading YA novels and sharing her favorite books with other readers. She runs her own book blog and also enjoys photography and traveling.

Her favorite YA genre is a mix of Dystopian & Fantasy which is evident in the upcoming release of her latest book, Aberrant. Slated for release April 2013 by Lazy Day Publishing, it is the first in a trilogy.