If y'all have read my reviews of Maya Cross' The Alpha Group Trilogy, y'all will understand why I'm ecstatic over getting to be a part of the cover reveal for the conclusion to the trilogy, Unlocked! *squeeee*

On top of the cover, I also have an excerpt and Maya is offering a giveaway! 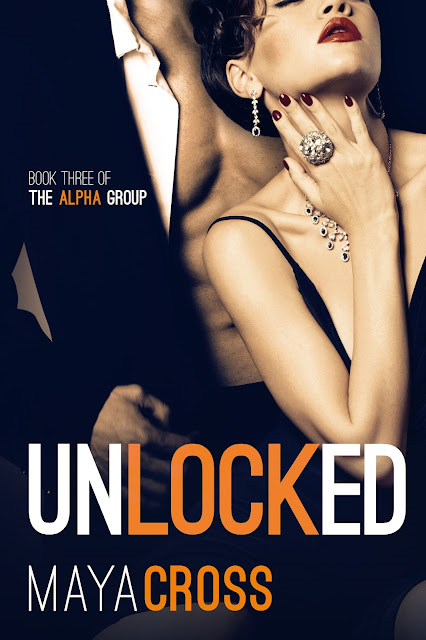 Who is Sebastian Lock?

The heart can lead you to dangerous places. Abandoned by the man she loves, with nothing more than sweet words and riddles for an explanation, Sophia Pearce felt like her life was crumbling before her eyes. And then they came for her. Now, things will never be the same.

Confronted with the truth about Sebastian’s identity, she’s thrust into a high stakes world beyond anything she could have imagined. A world that threatens much more than just her feelings.

Sebastian’s enemies will stop at nothing to get what they want, and they want her. The energy between them is as intense as ever, but as the danger mounts, and loyalties are tested, Sophia must answer one simple question. What is she willing to risk for love?


The third or fourth time I woke, it was with a sob. Moonlight cast the room as a series of jagged silhouettes, and despite knowing that I was somewhere safe, the unfamiliarity of my surroundings sent something sharp skittering through my chest. Suddenly, it felt like everything was closing in around me. I let out another cry and burrowed deeper under the covers, feeling fresh tears welling in my eyes. I didn’t want to be this person, this person who cried at shadows, but I didn’t know how to deal with the emotions that were roaring up inside me.

I felt another bolt of fear as I heard the door open, but in a moment there was a familiar weight on the bed, and then Sebastian’s arms were circling my body from behind.

I have no idea how he knew I was in distress, but in spite of everything that was still unresolved between us, I loved that he’d come. The sheer strength of his presence dwarfed everything else, dulling the fear. He was like an anchor, and I clung on for dear life lest I slip back below the surface again.

He didn’t say anything else, and so neither did I, but just the act of being together was enough. I lay there, listening to the sound of his breathing, enjoying the sensation of that solid chest rising and falling against my back. Gradually, my turmoil began to dissipate. I had no idea how he had such a calming effect on me. When we were together, nothing else seemed to matter.

Locked (The Alpha Group Book One): 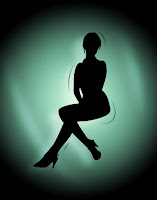 Maya Cross is a writer who enjoys making people blush. Growing up with a mother who worked in a book store, she read a lot from a very young age, and soon enough picked up a pen of her own.

She’s tried her hands at a whole variety of genres including horror, science fiction, and fantasy, but
funnily enough, it was the sexy stuff that stuck. She has now started this pen name as an outlet for her spicier thoughts (they were starting to overflow). She likes her heroes strong but mysterious, her encounters sizzling, and her characters true to life.

She believes in writing familiar narratives told with a twist, so most of her stories will feel comfortable, but hopefully a little unique. Whatever genre she's writing, finding a fascinating concept is the first, and most important step.

When she's not writing, she's playing tennis, trawling her home town of Sydney for new inspiration, and drinking too much coffee.