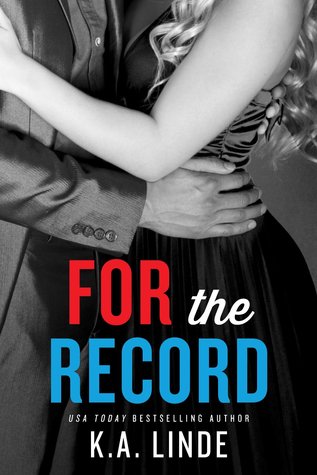 Synopsis
With Congressman Brady Maxwell up for reelection and journalist Liz Dougherty about to graduate into a promising career, the ambitious couple's future is brighter than ever. They share a passion for their work...and for each other. But when Brady holds a press conference to officially introduce Liz as his girlfriend, reporters hungry for a scandal bombard her. Now, her every move is under a vicious magnifying glass, and her life feels like it's falling apart.

On the road to reelection, the passionate bond between the congressman and the journalist gets tested at every stop. Threatened by shameless media sensationalism and jealous exes, Brady and Liz now have to learn to trust each other despite what they read in the papers.

In the finale to USA Today bestselling author K.A. Linde's sexy Record trilogy, Liz and Brady may be setting off fireworks along the campaign trail, but can their love transcend politics as usual?

This was a very satisfying ending for a couple that captivated my heart.

Things that made me smile:


Things that made me frown:
Overall, I loved how Linde tied up everything for Brady and Liz.