I'm super excited to be a part of the reveal for One to Hold by Tia Louise. I have everything y'all need to know about the book and a steamy excerpt! ;)

This cover reveal is presented by Xpresso Book Tours. The cover was designed by Mae I Design. 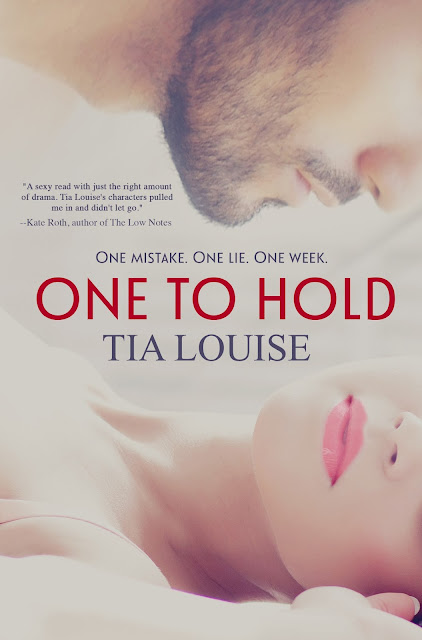 WARNING: Sexual content and strong language. For mature readers (18+) only!

Derek Alexander is an ex-Marine, ex-cop, and the top investigator in his field. Melissa Jones is a small-town girl trying to escape a troubled past.

When the two intersect in a bar in Arizona, their sexual chemistry is off the charts. But what is revealed during their "one week stand" only complicates matters.

He was lying back on the cushions in only his grey slacks. The button-down he wore was open, and I could see every line on his sculpted torso. That little smile was on his lips as he watched me approach.

I ran my fingers along his stomach, gazing into his eyes that darkened as I touched him. His kiss, the same one he gave me beside the fire pit, was gentle but hungry.

Our pace grew faster as we kissed each other again and again, tongues entwining, heat growing between my legs, until he pulled me under him.

My breathing was fast, my whole body tense with anticipation, so wet, so ready for his awesome fullness. I felt his tip pressing against my folds as a thought drifted through my mind. We’d never done it in a bed…

Tia Louise is a former journalist now writing sexy novels for sexy adults. All of her stories are inspired by real heroes. Have a truffle, darling. Say yes~