Shinigami Eyes is now available and I have a fun interview between Matt and Rin for y'all! Also, don't miss out on the giveaway. :) 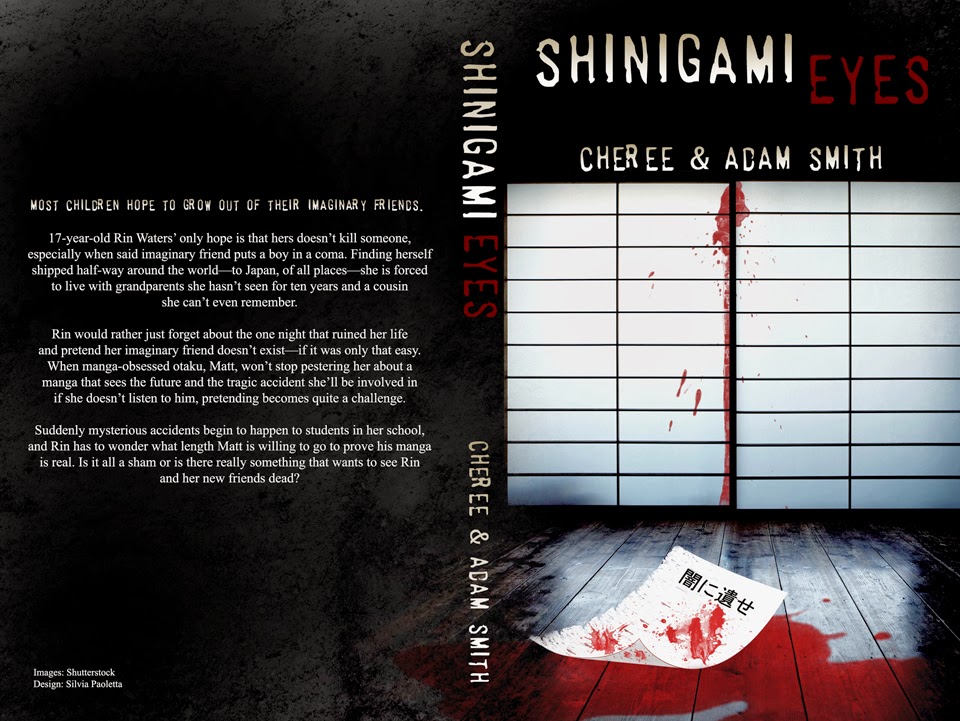 (Shinigami Eyes #1)
Most children hope to grow out of their imaginary friends.
17-year-old Rin Waters’ only hope is that hers doesn’t kill someone, especially when said imaginary friend puts a boy in a coma. Finding herself shipped half-way around the world—to Japan, of all places—she is forced to live with grandparents she hasn’t seen for ten years and a cousin she can’t even remember.
Rin would rather just forget about the one night that ruined her life and pretend her imaginary friend doesn’t exist—if it was only that easy. When manga-obsessed otaku, Matt, won’t stop pestering her about a manga that sees the future and the tragic accident she’ll be involved in if she doesn’t listen to him, pretending becomes quite a challenge.
Suddenly mysterious accidents begin to happen to students in her school, and Rin has to wonder what length Matt is willing to go to prove his manga is real. Is it all a sham or is there really something that wants to see Rin and her new friends dead?

Matt: Hello everyone, and welcome back to Shinigami Corner. Today’s special guest is none other than our very own Rin Waters!

Rin: Matt, where are we? What the hell’s going on? Is that a camera?!

Matt: Easy now, Rin. You know how the manga shows events before they happen? Well, this is the omake page. Omake are brief little non-canonical comics at the end of a manga where characters get to kicks back and have a bit of fun. Just think of it as a behind-the-scenes look at Shinigami Eyes.

Matt: Today, we’re gonna answer some letters from our fans.

Rin: Letters? Wait, we have fans?!

Matt: All the people that read the manga. They send letters to the writer and we get to answer them.

Rin: Huh? The writer gives you the letters? You know who writes the manga? Why didn’t you tell me this!

Matt: He doesn’t give me the letters.

Rin: Then how do you get them?

Rin: This is giving me such a headache.

Matt: Just run with it. On to our first letter then.

Matt: Our first letter is from one Tanaka S., she wants to ask “What is up with your hair?”

Rin: My what? What’s wrong with my hair?

Matt: Well, dyed hair tends to be frowned upon in Japanese society. Your family didn’t ask you to lose the streak when you came over?

Rin: No, they didn’t tell me anything. Even if they did I wouldn’t get rid of it, I’ve had this streak since I was thirteen. It’s part of who I am. I’m not going to change just to make other people happy. Although that would explain why Mum threw a fit when I first came home with purple in my hair.

Matt: Okay, this next question is from BlueFairy982. She asks “Why did your family move to Australia in the first place?”

Rin: We mostly moved because of Dad’s work. He had a job here that used to take him all over Japan, but one day he requested a transfer back to Australia so we wouldn’t have to move around as much. We ended up settling in Sydney, Mum found herself a job in marketing, and the rest is history.

Matt: Right, here’s one from HiroshiLove, she writes “Stay away from my boyfriend … you skank”? That’s not a question.

Matt: Moving on. This one’s from Afuta Yu, they’d like to know “Why does Rin keep hiding behind her imaginary friend? Is she a chicken or something?”

Rin: What! I’m not hiding behind Misa. I didn’t ask her to protect me. I can’t control what she does. If I knew how to get rid of her I would. She’s been nothing but trouble from day one.

Matt: I’ve been meaning to ask, what really happened at the dance?

Rin: Drop it, Matt. I don’t want to talk about it.

Matt: Alrighty then. One from SunEagle357, they ask “Why does Matt keep getting away with causing accidents?” What? I’m not doing anything. I’m trying to warn people! You’d think people would start listening to me after the first seventeen times but does anybody listen to me? No! Knowing what’s about to happen isn’t exactly easy, you know. I try to stop it from happening but nobody ever believes me.

Rin: You have to admit it does seem pretty suspicious. You run up to someone and tell them they’re about to be involved in an accident, and then suddenly it happens. It doesn’t exactly paint you in a good light.

Matt: Don’t you start. You know I’m not the one doing this, right?

Rin: Um, yeah, let’s move on to the next question.

Matt: From DaiHime, “What’s an Otaku?” An Otaku is an enthusiast or fan of one particular hobby or interest. There are many different kinds of Otaku for almost any topic imaginable.

Rin: Funny, I thought Otaku was just anime and manga.

Matt: Nope. That’s the general perception outside of Japan, but inside Japan, Otaku is used to describe anyone with a passionate interest in something. There are train Otaku and gun Otaku and a whole slew of other varieties. It’s a lot more complicated than you’d think.

Rin: I did not know that. Not that I don’t find this fascinating, but could we move onto a different letter now?

Matt: Yeah, yeah, next letter, next letter. This one’s from Afuta Yu. Again? They ask “Do you have your matches?”

Rin: What’s that supposed to mean?

Matt: I have no idea, but it looks like that’s all we have time for today.

Matt: This has been Shinigami Corner. I’m your host Matt and …

Rin: You’ve got to be kidding me. 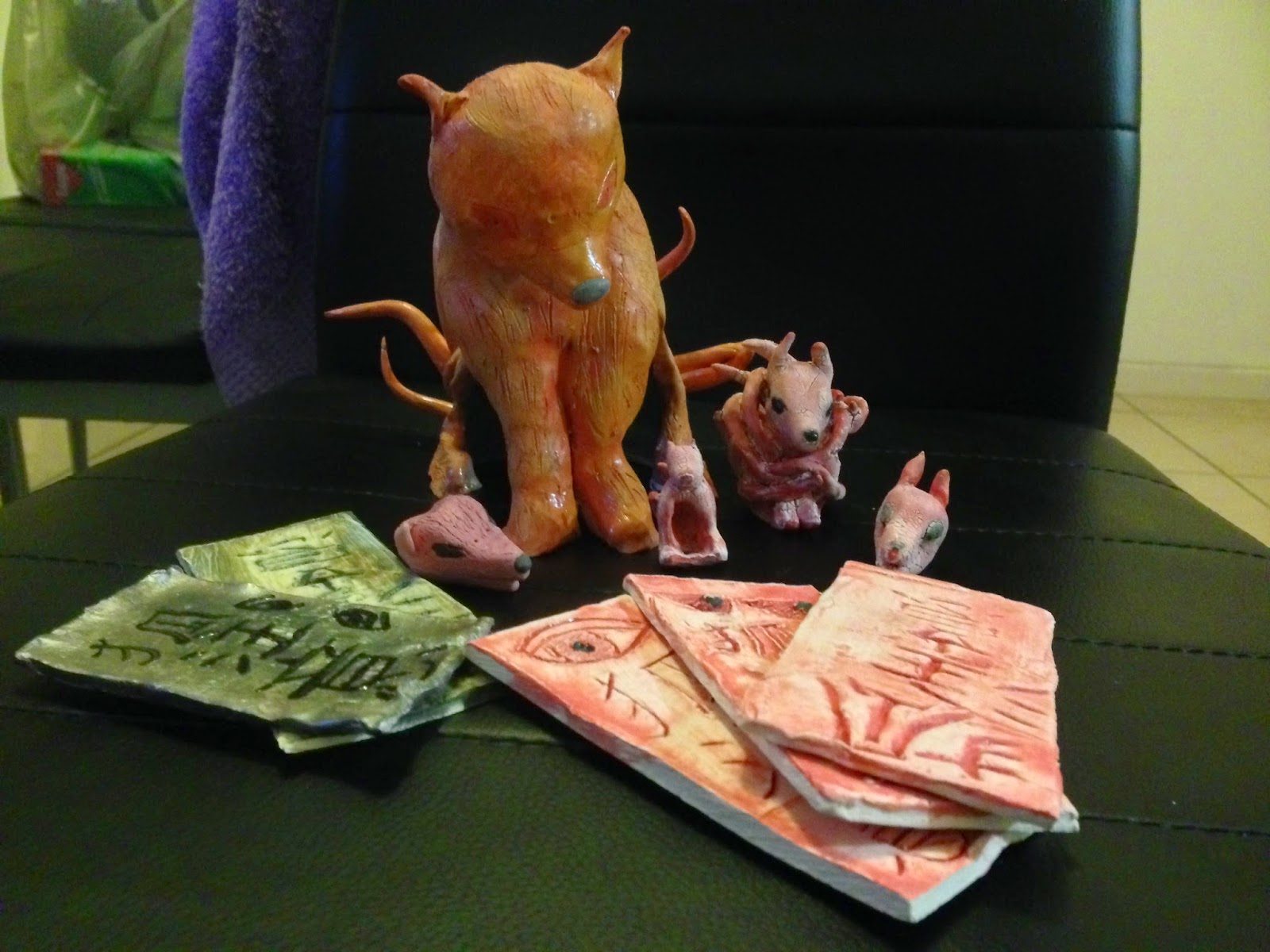 Cheree Smith
Cheree Smith lives in the coastal city of Newcastle in Australia where she is studying graphics design and photography. When she is not hard at study, she is busy writing paranormal, horror and dark stories for young adults. She enjoys listening to and learning about legends and myths, watching scary movies and dreaming up new worlds where monsters can come alive. When she is not in her writing cave she can be found listening to music, even dabbling in the occasional writing of music or reading.

Adam Smith
Adam Smith has always loved the Japanese culture, which began with his love of anime and manga. This helped him accomplish his goal of moving to Japan to become an ALT (assistant language teacher) in Iwate, Japan. When he’s not reading, writing or speaking Japanese, he is working on paranormal, horror and dark stories for young adults with his sister, Cheree.