I'm excited to have Margo Bond Collins on my blog today. She's the author of Waking Up Dead, an urban fantasy novel with a ghost detective who's full of snark! 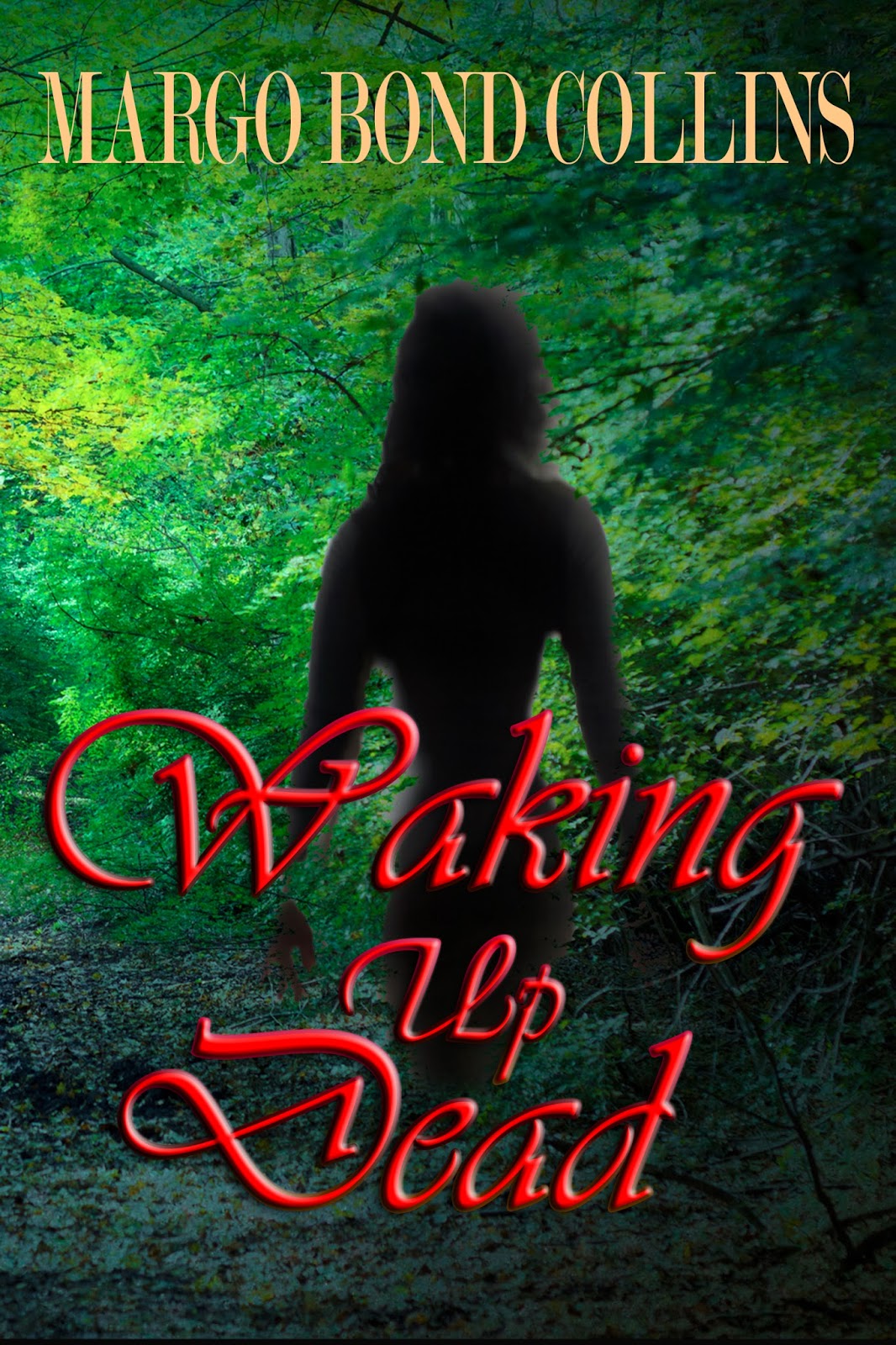 When Dallas resident Callie Taylor died young, she expected to go to Heaven, or maybe Hell. Instead, when she met her fate early thanks to a creep with a knife and a mommy complex, she went to Alabama. Now she's witnessed another murder, and she's not about to let this one go. She's determined to help solve it before an innocent man goes to prison. And to answer the biggest question of all: why the hell did she wake up dead in Alabama?

In my other life, I’m a college professor; I teach English courses online. I live in Texas with my husband and our daughter and a number of thoroughly silly animals. Waking Up Dead is my first published novel. I have two novels coming out in 2014: Legally Undead is an urban fantasy forthcoming from World Weaver Press and Fairy, Texas is a YA paranormal fantasy set to be published by Solstice Shadows Publishing.

What do you do when you are not writing?

If I’m not writing or teaching, I am usually spending time with my family. I love hanging out with my three-year-old daughter doing fairly typical things; we go to the park, we go swimming, we color and paint and make up stories with dolls and toys. I love to travel, too—this year, I’ve been to London and Athens for conferences. It was fabulous! I read as much as possible. And then I write some more.

Is there any particular author or book that influenced you in any way either growing up or as an adult?

Never ask an English professor to discuss books unless you want the multi-paragraph answer! Like most novelists, I am a voracious reader in my field, which means that I read all kinds of urban fantasy and paranormal fiction. But in addition to being an urban fantasy writer, I have Ph.D. in eighteenth-century British literature. This means that any time anyone wants to talk books, I have more than my share to say!

In early British literature, I love the classics—but especially the stories with heroes and monsters: Beowulf, Sir Gawain and the Green Knight, The Knight’s Tale. I love Shakespeare’s plays, but my favorites to teach are Hamlet and A Midsummer Night’s Dream because each is such a great example of its genre. Hamlet’s tragedy seems virtually unavoidable, and Midsummer’s comedy hits all the high (and low!) points.

In my own sub-specialty of eighteenth-century British literature, I love the early novels written by some of the first women to make a living writing in England, such as Aphra Behn, Eliza Haywood, and Delarivier Manley. Behn’s 1688 novel Oroonoko tells the story of a king who became a slave and found the woman he loved in the process, only to kill her and their unborn child to save them from slavery. In Haywood’s Fantomina (1724), a young noblewoman sets off on a sexual adventure full of disguises and intrigue. And in Manley’s The Wife’s Resentment (1720), a young woman takes revenge against her unfaithful husband with a gruesome murder.

These early novels influenced later gothic tales, with virtuous damsels in distress and monstrous villains out to destroy them.

I think these various loves in more traditional literature—monsters, heroes, strong women, and gothic settings—are all parts of what have influenced my love of urban fantasy, paranormal fiction, romance, and horror. I love seeing many of the same tropes and ideas in more recent publications that influenced earlier works, as well.

Ooh, I love Oroonoko! And Beowulf, and Sir Gawain and the Green Knight...can you tell I have a degree in English Lit?!? :)

Why are readers going to love Waking Up Dead?

It’s a murder mystery with a snarky ghost detective!

Is anything in your book based on real life experiences or purely all imagination?

In Waking Up Dead, the character of Maw-Maw is actually largely based on a combination of my own grandmother and great-grandmother--the only real difference is that they were white and from Texas rather than black and from Alabama. Otherwise, she talks like them and acts like them. It's my great-grandmother's voice I hear in my head when I write her dialogue, my grandmother's movements I see when I picture her walking around. Physically, I imagine her looking a bit like Ruby Dee in the television movie version of The Stand. But her attitude? That's straight from my own family! I adore Maw-Maw.

I have a Maw-Maw I adore, too!

What was your favorite chapter (or part) to write and why?

The end of the novel. By the time I got to it, I was completely engrossed in the story. When I first started writing Waking Up Dead, I didn’t know it was going to be a mystery. But by the end, it was fun tying up all those threads! And I learned new things about Callie, even at the very end.

What project are you working on now?

I’m working on the sequels to Waking Up Dead; Fairy, Texas; and Legally Undead. I’m working on a contemporary romance novel. I’m editing a number of academic projects, too—mostly collections of essays about science fiction and fantasy televisions series like Farscape, The Vampire Diaries, and Supernatural. So tons of things! 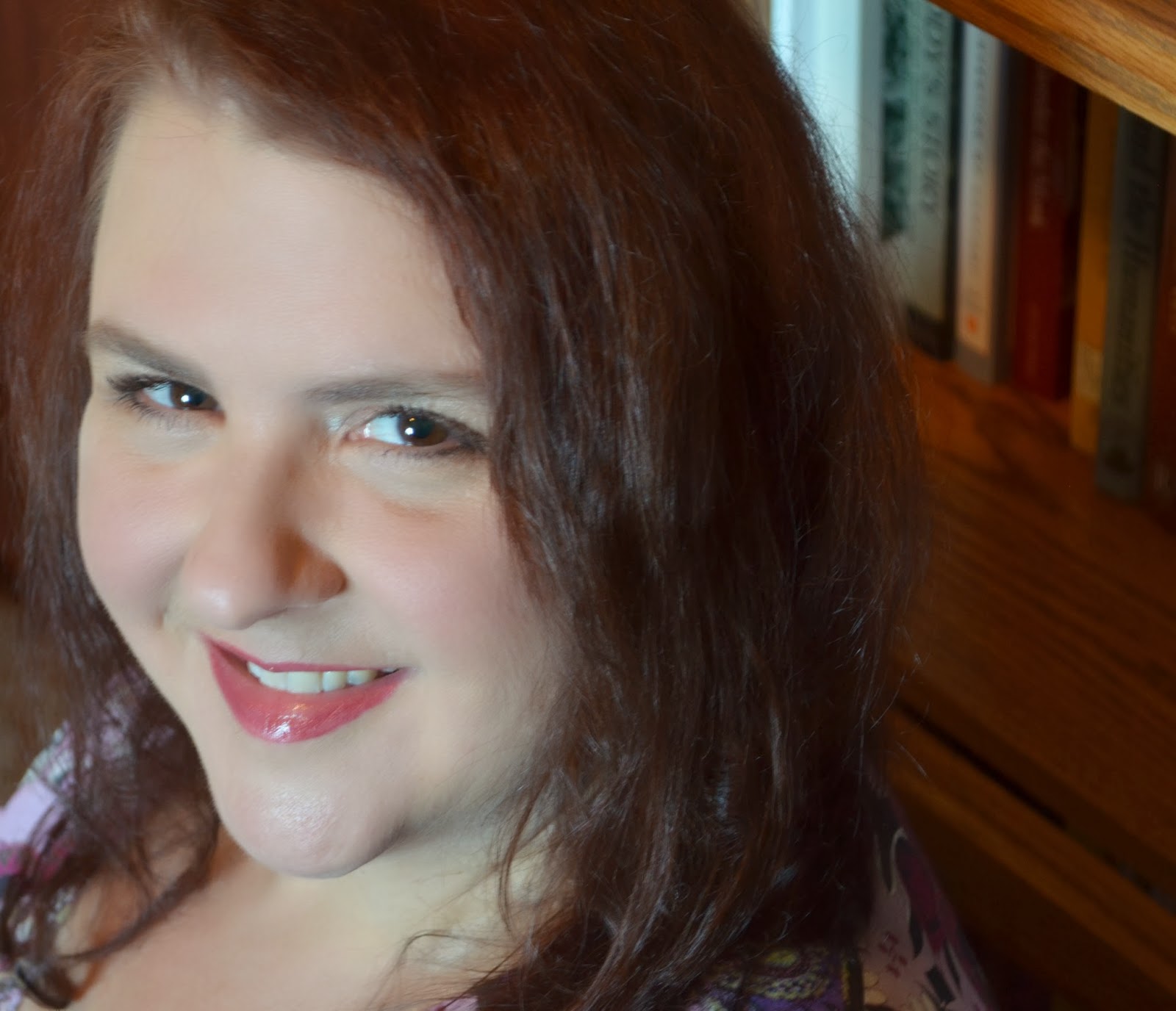 Margo Bond Collins lives in Texas with her husband, their daughter, several spoiled cats, and a ridiculous turtle. She teaches college-level English courses online, though writing fiction is her first love. She enjoys reading urban fantasy and paranormal fiction of any genre and spends most of her free time daydreaming about vampires, ghosts, zombies, werewolves, and other monsters.

Waking Up Dead is her first published novel. Her second novel, Legally Undead, is an urban fantasy, forthcoming in 2014 from World Weaver Press.


Be sure to add Waking Up Dead to your Goodreads bookshelves: http://www.goodreads.com/book/show/18428064-waking-up-dead