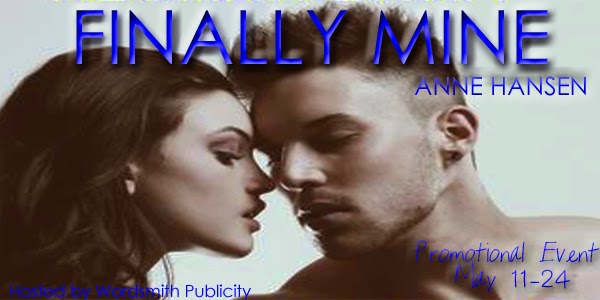 I'm excited to be a part of the promotional event for Anne Hansen's Finally Mine. I have all the details on the book, a teaser, one of Anne's favorite quotes from the book, and a giveaway! 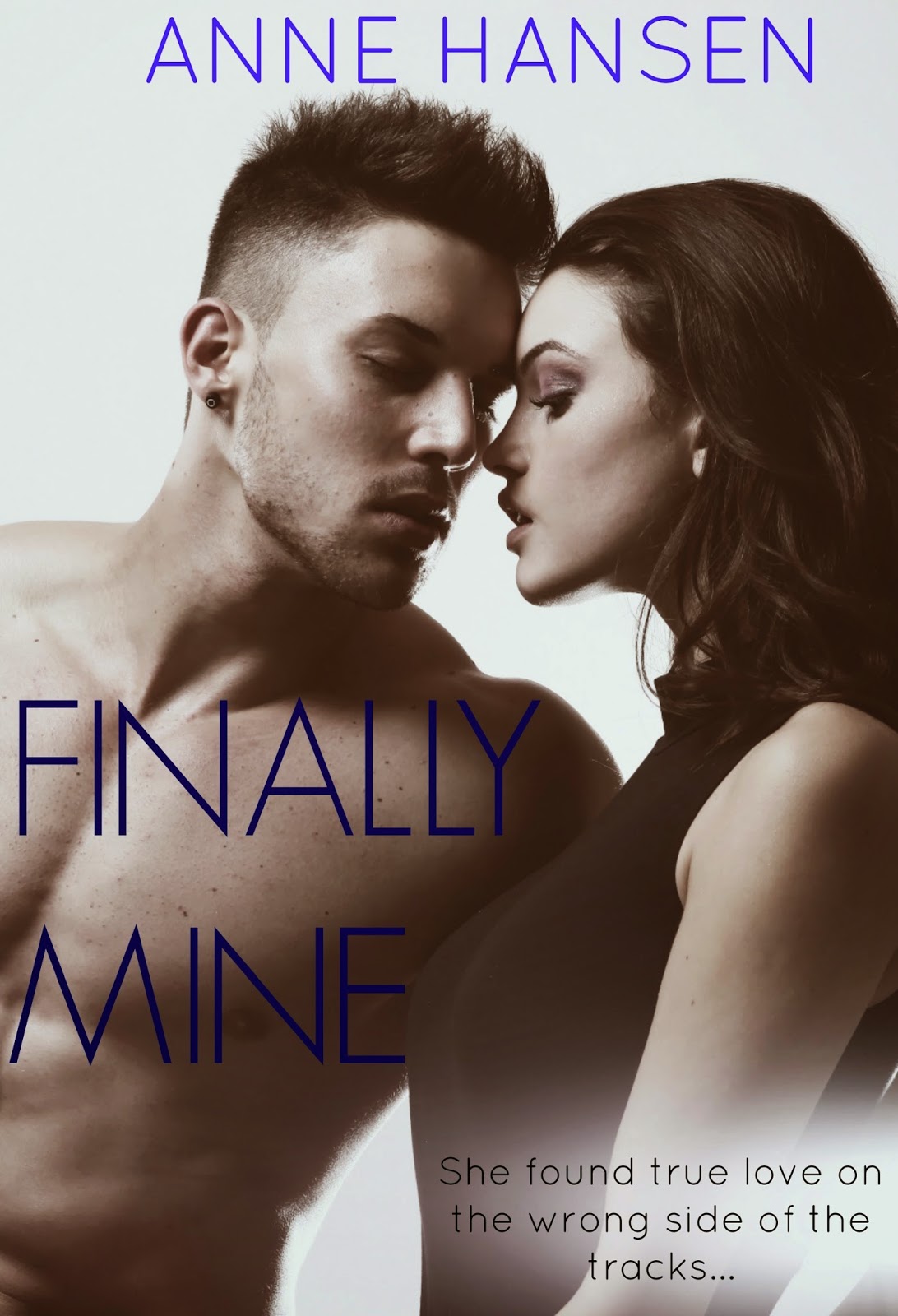 Synopsis
An incredible stroke of luck lands Vin Moretti a plea bargain—he spends his summer slaving at a country club instead of rotting in a jail cell. He plans to keep his head down and avoid the trust fund brats.

He never expects to fall for a gorgeous, amazing girl way out of his league.

When Keira McCabe falls in love with Vin Moretti, it’s head-over-heels, crazy, incredible love. She’s sure nothing can ruin what they have…but she has no idea how far Vin will go to protect her from the one thing he’s most afraid of: himself.

Summer ends, and Keira returns to the sprawling suburbs where she belongs, while Vin slinks back to the wrong side of the tracks and his old trouble-making ways. They promise to make long-distance love work.

It’s just dumb luck that her father’s unexpected demotion moves Keira smack in Vin’s gritty neck of the woods. Vin realizes he’ll need do whatever it takes to keep Keira safe—even if it means shutting the person he loves the most out of his dangerous life completely.

When Vin turns his back on Keira at her lowest moment, it finally hits her: she was never going to be anything more than his dirty little secret. Her life as she knows it has been torn to shreds, but she’s determined to make the best of it…with or without the guy she gave her heart to over the summer.

Vin starts to have second thoughts about his decision when he realizes how empty life is without Keira around. The problem is, Keira’s learned her lesson, and she isn’t about to be used again.

Vin realizes he’s going to have to pull out all the stops and turn his life around if he wants to make Keira finally his. 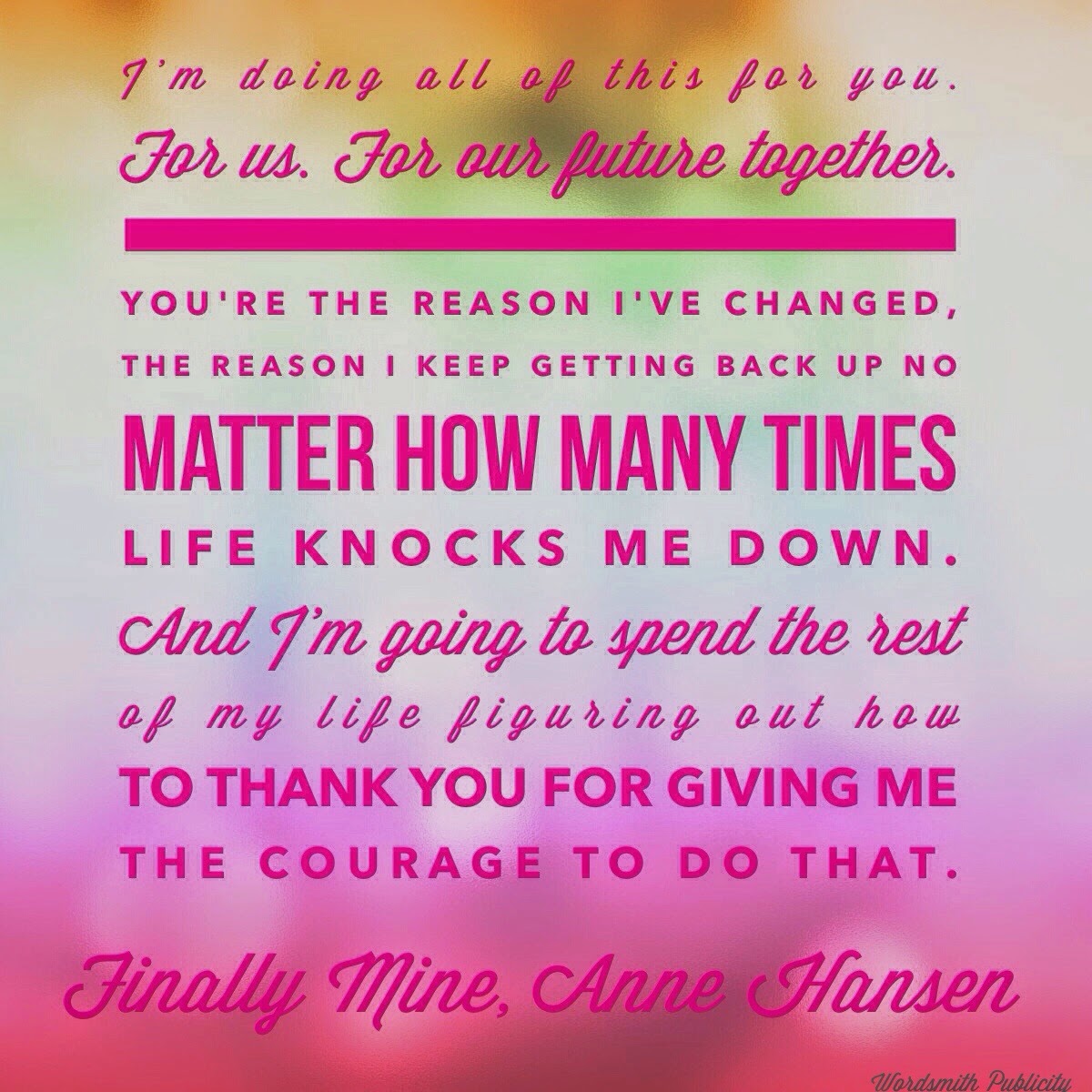 ***One of Anne's Favorite Quotes from Finally Mine***

I tighten my fists around the steering wheel, so full of self-loathing, it burns in the back of my throat. “Listen to your brain, Keira.”

“Oh, trust me, it’s tempting,” she says with a hard laugh. “There’s a problem, though.”

“What’s that?” I want to punch a hole in the hope that rises up, complicating things that are screwed up enough as they are.

“My heart,” she whispers, her breath making a circle of condensation on the passenger window. She uses the tip of her finger to trace a tiny heart there. “My heart is telling me that you’re worth all this pain and confusion. And my heart is really stubborn.”

~Why?
I love this scene because Vin is really struggling with how much he needs Keira in his life and how important he truly feels it is to put some distance between them. Here he's appealing to the fact that he knows she's really smart...but she's too smart for that! The thing I love about their relationship is that it has a wonderful push/pull quality. The give and take spoke to how much passion they felt for each other.

GIVEAWAY: 5 ebooks of FINALLY MINE

Anne Hansen is a die-hard romantic who loves fast cars, unsung heroes, and those crazy, funny conversations that make you laugh so hard, you end up in tears with stomach cramps. She likes to travel and has been all kinds of cool places--like Knoebels Theme Park, the biggest Paul Bunyan statue in Minnesota, and Paris. She loves listening to indie music, sitting around the campfire with her awesome family, and obsessively flipping through celebrity Instagram accounts (don't judge). But, most of all, she loves reading books and writing them, and she's excited to share her greatest passion with other book lovers!