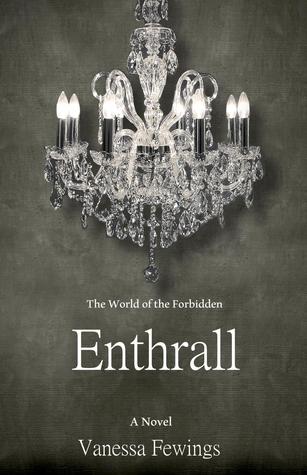 Synopsis
Mia Lauren is a single, twenty-one-year old working in a West Hollywood art store who dreams of one day becoming a fashion designer. When an unexpected offer arises to work at Enthrall, L.A.'s premier fetish club for the wealthy, Mia accepts. It's a salary beyond her wildest imagination.

Mia becomes the secretary to the club's assistant director, blond and broody Richard Booth. Richard is not
only one of L.A.'s most beautiful and wealthiest men, he is also the club's senior dominant. Mia is both drawn and terrified when he reveals flashes of his white-hot passion, threatening an unbound pleasure like no other. She knows her attraction may be her undoing, but the spellbinding feelings render her powerless to resist his advances.

What Mia cannot know is that Enthrall's dashing director, thirty-year-old Cameron Cole, who is also the club's psychiatrist, has lured Mia to save his best friend and patient Richard from his obsession with thrill seeking. Cameron masterfully sets up sexy scenarios to ensure the collision of Richard and Mia, hoping that love will save him.

However, despite Cameron's noble intentions, he also finds himself enticed by Mia's haunting innocence. Passion and pleasure stir, forming a dangerous love triangle.

Richard Booth, Mia's new boss, is domineering, handsome, and apparently damaged. He and Mia have this push-pull dynamic and Richard is constantly warning her off him on minute and then coming to her rescue in the next.

Then there's Cameron Cole. (*swoon*) He's the hot resident psychiatrist at Enthrall. His specialty? Profiling people. Watching as he gets in Mia's head and dissects her interactions with Richard was actually kinda fun. He fascinates me despite some of his actions being questionable.

Enthrall is the first in the Enthrall Sessions and as such does the setting up for the rest of the series. We meet characters, are introduced to the lifestyle, and get background on the main characters. It made for compelling reading. However, I did feel it odd that Mia, being so innocent, I mean, she refers to her vagina as 'down there' - would even entertain taking a job at a BDSM club. She didn't know exactly what went on there though, so I suppose I can forgive that. I also felt that there were things missing. For instance, revelations and decisions would be made and I was left feeling as though I hadn't been privy to how the characters had arrived there.This left me frustrated at times.

Despite my few issues though, I still was caught up in the story. I wanted to know all the secrets and see where Mia, Richard, and Cameron would go once everything was out in the open. I was anxious to read Enthrall Her, the second in the series, and I was rewarded. My review of it posts tomorrow.