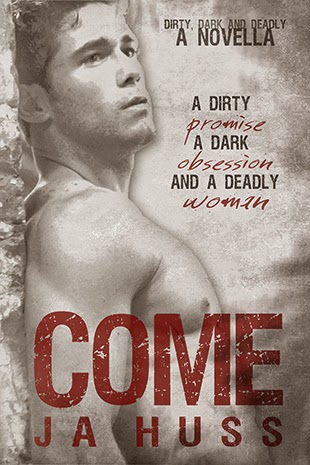 He must have her, take her, control her, keep her. She will submit. But she will do it when she is ready and willing. The bond is uneasy and the future uncertain. But one thing's for sure.


Alone... Harper and James are dangerous.

Together... they are unstoppable. 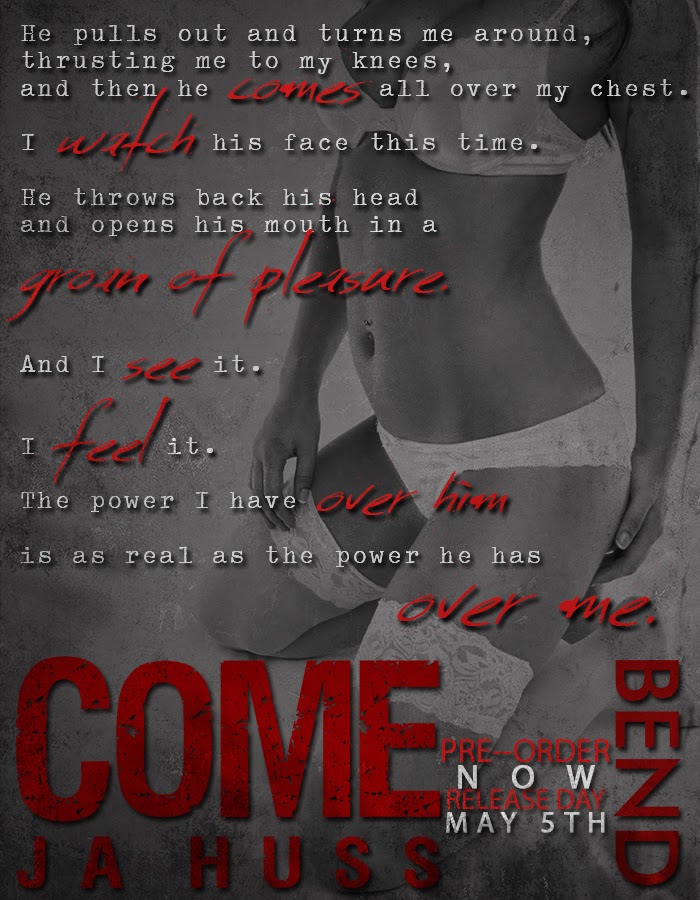 I'm quite often reduced to sighing expletives (or shouting them) when I finish anything written by Ms. Huss. Come is no different. In fact, it just might have wrung me out more than anything I've read from her so far. And I've read them all.

I typically steer clear of novellas unless they involve characters I'm already familiar with. This is because I'm usually left wanting. Come absolutely left me wanting but in a good way. Soooo good! ;)

Harper is a girl trying to fly under the radar - to be invisible. She's a young woman with secrets we're only beginning to get an idea about. Why is she hiding? From whom? Harper's every move seems calculated. She's always trying to remain unseen and yet the loneliness she feels is almost palpable.

James is an ever more elusive character. He's found Harper. He wants Harper - considers her his. Why? How did he find her? Why was he looking? James' actions are always very controlled. He's disciplined - except when it comes to Harper.

As I said, we're barely scratching the surface of Harper's and James' story. And I'm anxious to uncover the entire story. What Huss gives us is enough character development to have me completely invested in these two and in the outcome of their story. And just enough of a glimpse of what might be coming to have me contemplating all the different possible scenarios - all of which are probably wrong. :) The chemistry between Harper and James crackled - threw sparks. I mean, the things they made one another feel - even without touching one another. Damn! And when they did touch - holy hotness!!

The mystery surrounding Harper's and James' pasts and possible connections has me biting my nails - I'm beside myself wanting answers to all my questions. Alas, I have to wait until late June or early July to learn anymore about them. I wait with baited breath.
Ms. Huss, it's no surprise that I'm pleased, satisfied, and crazy with anticipation.

“You said, ‘You don’t want to know me… I’m no one.”’ He turns to face me head-on now, his expression blank, his mouth a flat line. His eyes impassive and empty. I can see it now. This is a killer’s face. The dimples are hiding underneath the frown. The emotionless facade of a hardened assassin. A man who sees death as nothing personal, just a job to be completed.

“But you’re wrong, Harp. I’m the invisible one. You’re a beacon in the dark as far as I’m concerned. I’m the unknowable one. And if you were my contract, I would kill you.” He stares down at me with those impassive, cold, businesslike green eyes. “Just as sure as I did my brother. Because that’s what I do. That’s who I am. You might have all the moves, but you have none of the venom, angelfish.”

He turns to walk away but I grab him again. “You wouldn’t kill me—” His hands grab me by the waist and yank me to his chest. “You think you want me? You think you want to know more?” He leans down and breathes into my neck for a moment. “Would you like me to take you, Harper?”

Tingles erupt throughout my whole body and the throbbing between my legs is begging for more contact. More skin on skin. More conversation, more soft, whispered words. More of everything. I want more of everything.

“Because I will. I’m that kind of guy. The kind who’ll seduce a little girl and fuck her wild just because he can make her think she wants him so bad, she’ll spread her legs and do as she’s told.”

“I’m almost nineteen. I can handle more than you think.”

He laughs. “A baby who has no idea what to do with a cock in her mouth.”

I’m ashamed to admit it, but instead of embarrassing me, his words hurt.

“I’m not interested in the babies, Harper. I just take what I want. And you were right to demand to know me before you let me fuck you. Because you reminded me of what I am. Why I’m here.” He yanks his arm from my grip and turns again.

My leg reaches forward and tangles with his, making him stumble, and then I grab his arm and twist. He reacts faster than I can plan the next move, and two seconds later he’s got me pinned to the concrete. Straddling my waist, hands holding me down, hunched over and leaning into my face. “You want me to stay?”

I can’t answer because I’m not sure. He rises up on his knees a little bit, and then his hands release mine and begin to unbuckle his belt.

Once the buckle is out of the way, he makes quick work of the button, then the zipper on his pants.


“You will take my cock in your mouth.”