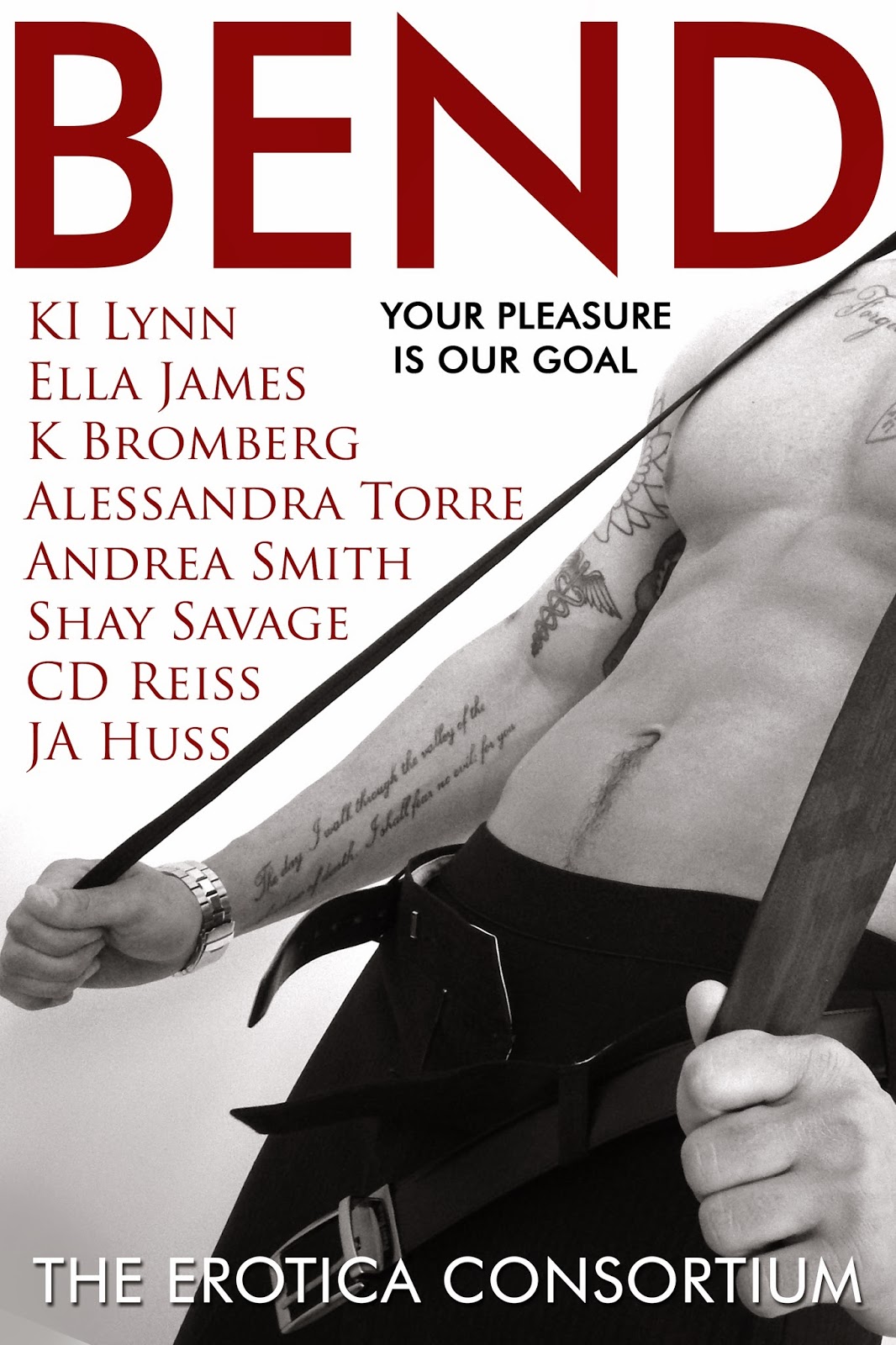 **FYI** Bend was pulled from Amazon last night. It is still available from B&N, Kobo, and iTunes, for now. If you were wanting to purchase Bend, I'd recommend you do it NOW! :) 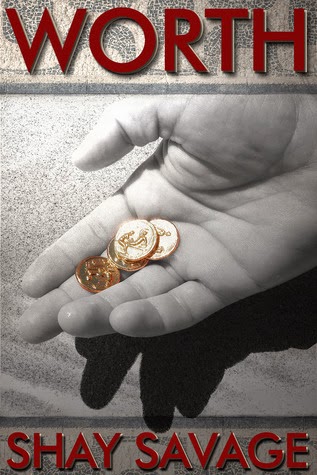 An injured Roman Tribunus finds comfort in the touch of the slave commanded to tend to his wounds. As a slave, her value is measured as a couple of coins, but as Tribunus Faustus learns more about her, he begins to understand her true worth.

Still, a man of his station can never acknowledge feelings for a slave, and she is already owned by another man.

Worth is set during Roman times, when much warring was happening. It's the story of a Roman general falling for his nursemaid. As Aia, the nursemaid, cares for Tribunus Faustus, they become well acquainted, both intellectually and physically.

I enjoyed this story - watching as Faustus began having feelings for Aia, despite knowing she was beneath him in worth; then his questioning of that worth. I liked the element of questioning the social structures, and the forbidden or shameful element those structures gave to their relationship. I do wish there had been a bit more character development. I would have liked to see more in the building of their relationship. And I would have liked a bit more historical description of the place and times, to put me more into the story. Of course, the story mainly takes place within a single room, so hopefully that feeling will come in future installments. I will continue the series as I'm eager to see if Faustus will fight social expectation and the outcome either way.

Aia squeezed my hand gently before releasing it and moving back to her bench. She reached for a cloth and dipped it in a bowl of water and then ran the cool cloth over my forehead and down the side of my face. She continued, apparently determined to wash whatever remained of the blood of battle away from my flesh.

I closed my eyes and evened out my breaths as her ministrations lulled me. My shoulders still ached from the constant position against the bed, but I tried not to think of the discomfort.

When I opened my eyes, I saw Aia looking down my body and couldn’t help but respond with a smile.

“Do you still think of it?”

Aia looked back at me.

“My cock pressed against your belly.”

She looked away, but I could still make out the crimson shade of her cheeks and neck in the glow of the candles on the table. I wanted to reach out and grab her hand again, but she was too far away.

“I’m still in need of distraction,” I reminded her.

“I think you need sleep,” Aia rebutted. Her lips pressed together, and I was sure she wanted to comment further, but chose not to do so. I found my eyes drawn to the front of her dress as she leaned over me, partially exposing one of her breasts.

Despite the discomfort, my cock took notice.

“Distract me,” I commanded again.

“I think you know everything about my life now, Faustus.”

“Then distract me another way,” I suggested. I kept my eyes on her, and when she looked to me, I raised an eyebrow and smiled suggestively.

Aia turned to drop the cloth in the bowl, and I watched her eyes as she looked down my body. From my supine position, the state of my cock was becoming noticeable. Her blush returned, and she looked back to the bowl again. Her hand trembled slightly as she wrung out the cloth and hung it beside the table.

Reaching out, I took her wrist and guided her hand to the hard length of my cock.

“How long will it be,” I asked with lowered voice, “until I can fill you with this?” 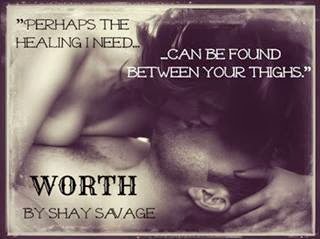 When did you start writing?

I’ve always had stories in my head begging to be released. I first published in December of 2012 when I released Otherwise Alone, the first book in the Evan Arden trilogy.

What were you very first stories about?

The first real novel I wrote was fantasy/erotica. It was violent and dark. I set if off to the side for a year or so after writing it, and when I went back to read it again, I decided it was crap. It’s never seen the light of day. I continued along the erotica path, but focused more on the psychological and crime. I do play a fantasy based erotica story for 2015.

Have you always written male POV?

Not always, but as I delved more into first person perspective, that’s where my focus has been. Many people have asked if I really am a woman (yes, I am – ha!), but my interests lie in more male-dominated activities and most of my friends are men. I think I have a pretty good understanding of how they think.

How do you choose your character's names?

Usually from friends (with their permission) or soccer players. Many times I’ll check out those “behind the name” websites to choose last names for characters. I like finding a name that fits a major personality trait of my characters. Example: Sebastian Stark. Sebastian is from the Bayern Munich/German national team player Sebastian Schwansteiger, and Stark means “strength”.

How do you write your stories? Chronological order, sections?

I vary a lot on this. Usually I start a story with a scene that comes into my head. That scene could be anywhere in the story, from the very beginning to the climax. I’ll build around that scene. For the most part I write from the beginning to the end, but I will jump around a lot as well. I always write the smut scenes from the orgasm backward. I don’t know why, it just works better for me that way.

Did you always plan on self-publishing?

I debated for quite a while, but my need for control has led me down the indie path. I like how quickly I can go from finishing the writing to actually having the book available for people to read. It works for me. I’m still trying to get the hang of the business side of it, but I’m making progress with a lot of help from other authors and friends.

Was it a hard decision to quit working to become a full time writer?

It really was. I toyed with the idea when I changed jobs in early 2012, but decided to stick with the day job. At that point, I hadn’t published anything though I planned to do so. I worked as a manager in the IT field and made good money, so going into the unknown was pretty frightening. For better or worse, conditions at my workplace combined with the success of Surviving Raine gave me the kick in the ass I needed to give it a shot. I’m really glad I did!

Many people consider Surviving Raine and Transcendence two great romance stories. Do you consider yourself a romance writer?

Obviously romance plays a key role in what I write, but to me it’s a side note and not the main story. I like to understand people’s behavior and what goes on in their heads to make them do the things they do. After college, I worked with a lot of kids from terrible backgrounds, and I’ve always been fascinated with the reasons a bully becomes a bully (or an alcoholic, or a hit man). I like to think of my stories as psychological studies first, full of intense action-based plots second, and erotic/romantic in nature is third.

What is your favorite genre to read?

I read a lot of fantasy books, some sci-fi, and a decent amount of erotica. I always look for stories that are going to keep me guessing and not follow a formula. The writing has to be really good to hold my interest. I’m surprised at how much out there doesn’t follow some of the basics of fiction writing, and I shy away from anything that hasn’t been properly edited. I see this just as much in traditionally published fiction as I do with indie authors.

Do your parents or children read your stories?

My parents have read many of them, though I don’t think they have read all. They’re very supportive and proud of me. They’ve given a lot of my books to my grade school teachers (my parents both taught in my elementary school), which is a little bizarre for me, so I don’t think about it too much. My daughter is a voracious reader, but too young to delve into what I write at this point, and my college-age son pretends I don’t write this stuff. Ha! His girlfriend and many of her friends have read them though.

How did you meet The Savage Trainer?

When I first started Legion Training and began to work out regularly, my gym just didn’t cut it anymore. I signed up for a new gym and was given a freebie training session with one of their trainers. I was paired with TST. He looked so much like the image of Evan Arden I’d had in my head for months that I was kind of floored the moment I first looked at him. I’m surprised I managed to speak coherently (maybe I didn’t – you’ll have to ask him). I was also impressed by how great a trainer he is, which was obvious even though I had to keep wiping drool off my chin between sets.

Did you approach him about being your muse right away, or did you have to warm up to it?

I’m a pretty straightforward person. I asked him right away, and he’s been a fabulous asset ever since then. He’s a gorgeous model, dedicated trainer, and a wonderful friend. I’ve learned a lot from him, and we work together very well both in the gym and when it comes to my work.