Happy Release Day, E.J. Stevens!
Hunting in Bruges, the debut novel in the
Hunters' Guild urban fantasy series, releases today.
To celebrate, we are having a book and swag giveaway!

Keep reading for a chance to win a signed copy of
Hunting in Bruges, a t-shirt, and more! 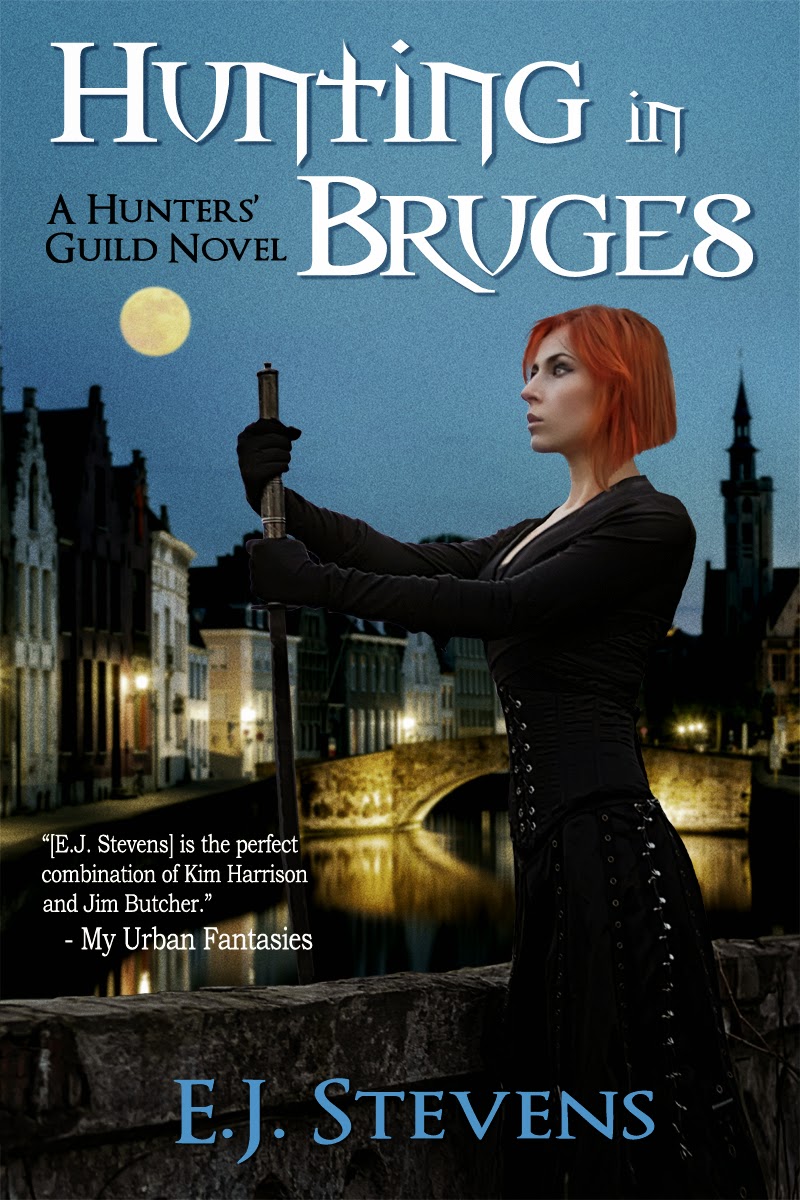 Synopsis
The only thing worse than being a Hunter in the fae-ridden city of Harborsmouth, is hunting vamps in Bruges.

Being shipped off to Belgium sucks. The medieval city of Bruges is quaint, but the local Hunters' Guild is understaffed, the canals are
choked with dead bodies, and there's no shortage of supernatural predators as likely suspects.

On second thought, maybe Bruges isn't so bad after all.

With a desire to prove herself, protect the innocent, and advance within the ranks of the Hunters' Guild, Jenna Lehane hits the cobbled streets of Bruges with blades at the ready. Someone, or something, is murdering tourists and dumping their bodies in the city's scenic canals. With the help of a mysterious stranger, Jenna begins to piece together clues that are dotted throughout the city like blood spatter.

Determined to stop the killings, Jenna delves into a bloody local history that only raises more questions--but some secrets are best left buried. Jenna must put her combat training to the test as she struggles to unearth the truth about an ancient enemy.

Hunting in Bruges is the first novel in the Hunters' Guild urban fantasy series set in the world of Ivy Granger.

Hey everyone!  I am so excited about the upcoming release of HUNTING IN BRUGES, the first novel in the Hunters' Guild urban fantasy series.  This book is filled with quirky characters,
bloodthirsty paranormal predators, and high octane fight scenes. So, just a warning, some of this music is pretty intense.

The Razor's Edge by Digital Daggers

Trophy by Bat for Lashes

Heartbeats by The Knife

When Anger Shows by The Editors

Walking with a Ghost by Tegan and Sara

How by The Neighborhood

The Dreaming Moon by The Magnetic Fields

Leaving Tonight by The Birthday Massacre

What Else Is There? by Royksopp

Scorch the Ground by Seabound

Let Me Be Your Armor by Assemblage 23

Wreath of Barbs by Wumpscut

About the Hunters' Guild Series

The Hunters' Guild series is an urban fantasy series written by E.J. Stevens and set in the world of Ivy Granger. The series is told in the first-person point-of-view of Jenna Lehane, a Hunter with a troubled past, a proficiency with weapons, and an intolerance for monsters who target the innocent.

E.J. Stevens is the author of the Spirit Guide young adult series, the bestselling Ivy Granger urban fantasy series, and the Hunters' Guild urban fantasy series.  When E.J. isn't at her writing desk she enjoys dancing along seaside cliffs, singing in graveyards, and sleeping in faerie circles.  E.J. currently resides in a magical forest on the coast of Maine where she finds daily inspiration for her writing. 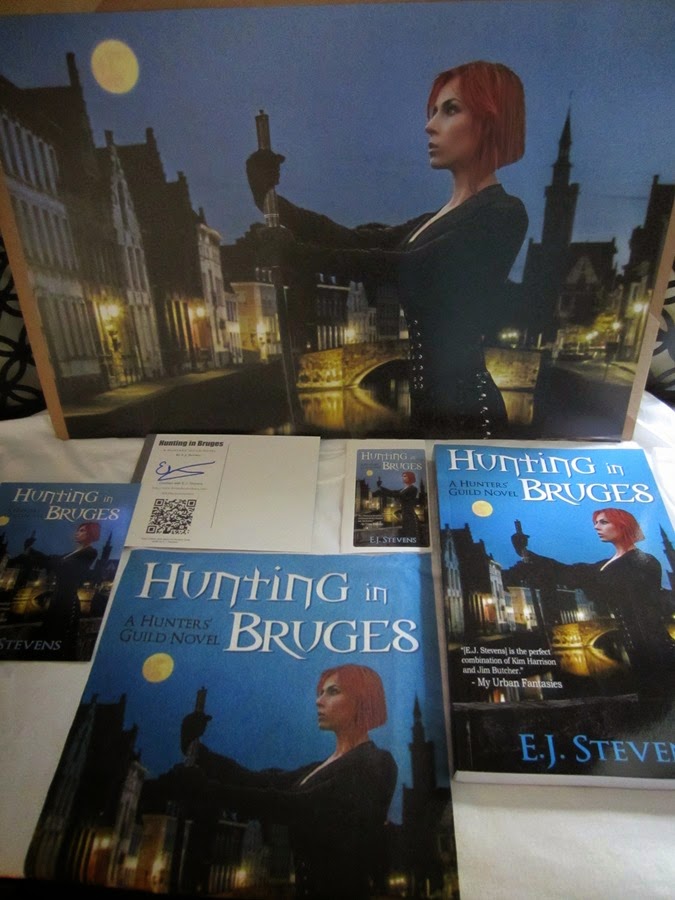 a Rafflecopter giveaway
Posted by Bookworm Brandee at 1:00 AM